1889   Francis E. Warren was reappointed the Territorial Governor.  Attribution:  On This Day.

1890  The House of Representatives passed the bill for Wyoming Statehood.

1909  The Trustees of the University of Wyoming fired the university's president.  Attribution:  Wyoming State Historical Society. 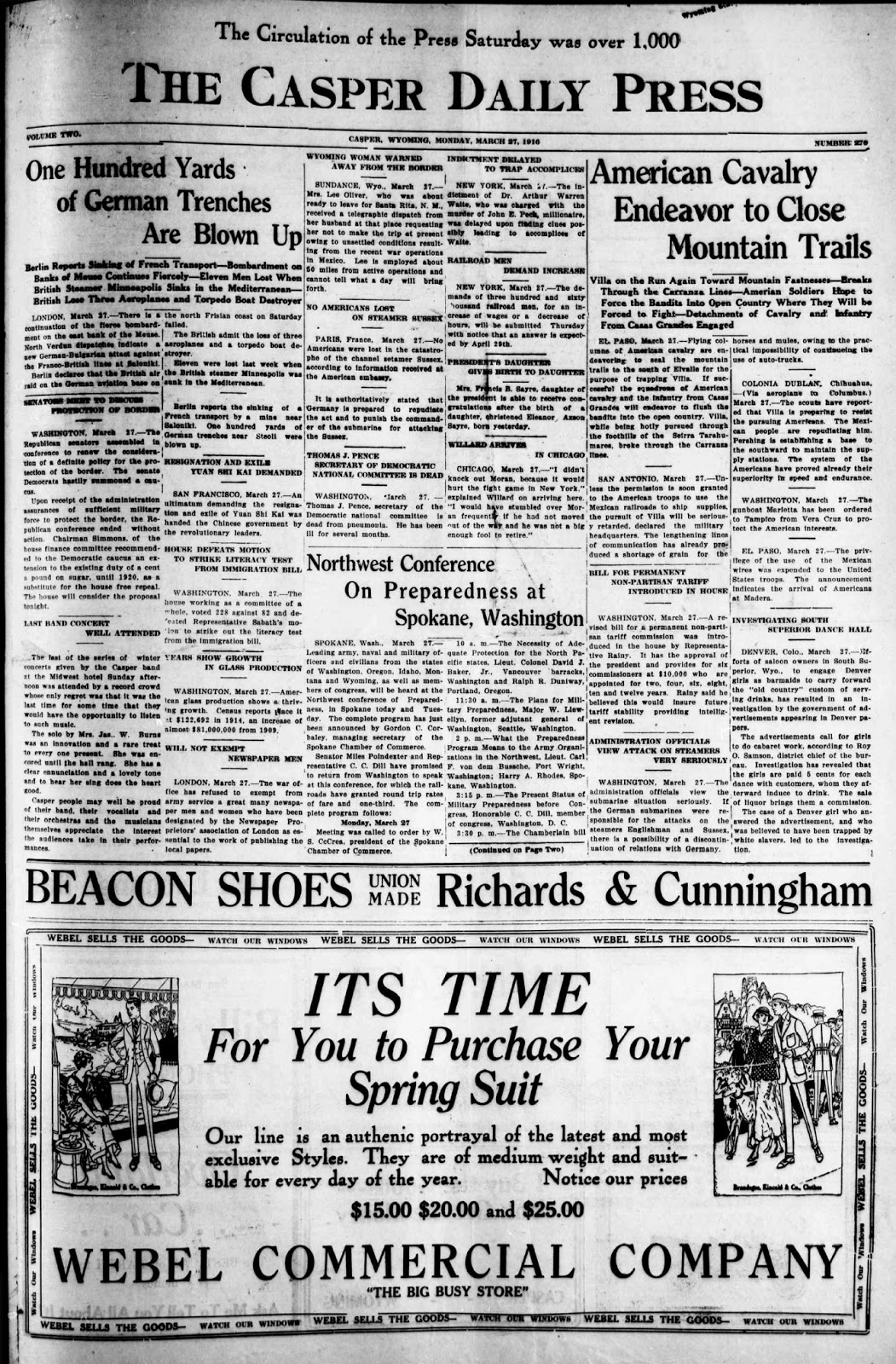 1917   The Cheyenne State Leader for March 27, 1917: Wyoming National Guard Called Back into Service 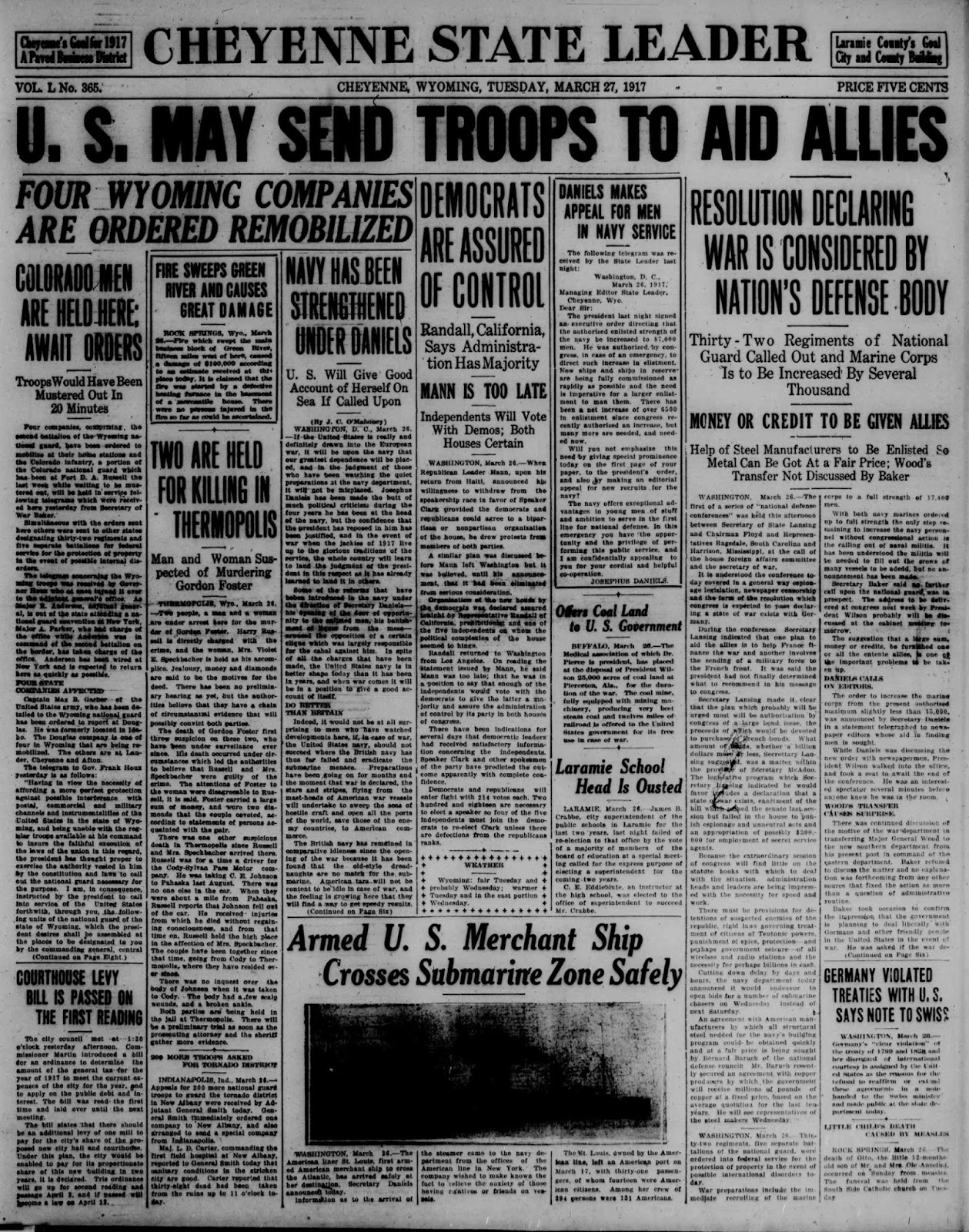 After just a couple of weeks of civilian life, the Guard was called back into service.  A Colorado unit that had never demobilized was being retained at Ft. D. A. Russell.

Things were back on.

The Douglas Enterprise for March 27, 1917: Guard to get a big send off in Douglas 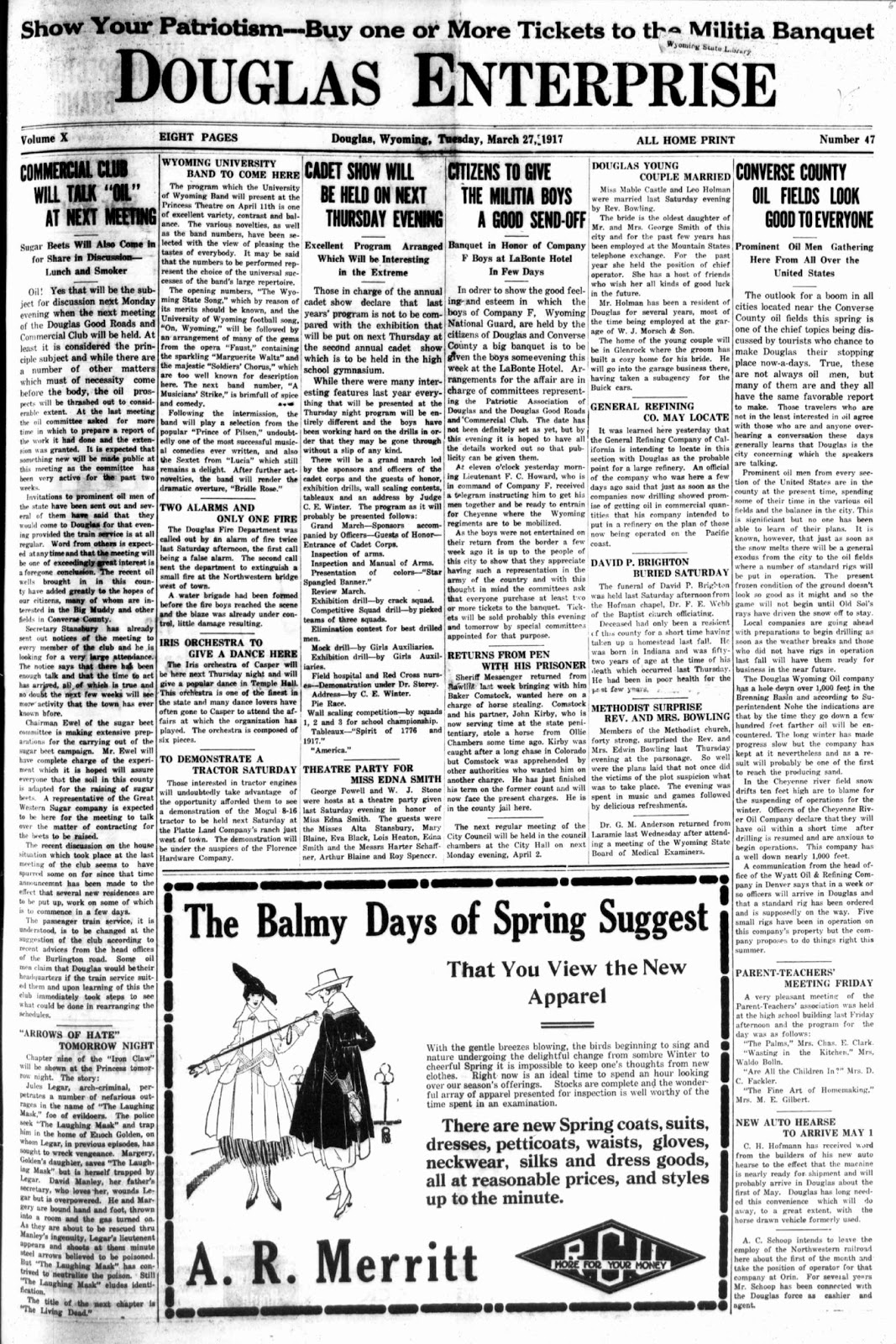 Douglas residents were going to gather at the LaBonte, long a hot spot in Douglas, to give Company F a big send off.

I don't know if the LaBonte is open again or not, but its still there.  It was open at least as late as the 1980s, and it might be now.

The Wyoming Tribune for March 27, 1917: State Troops Rushing Back 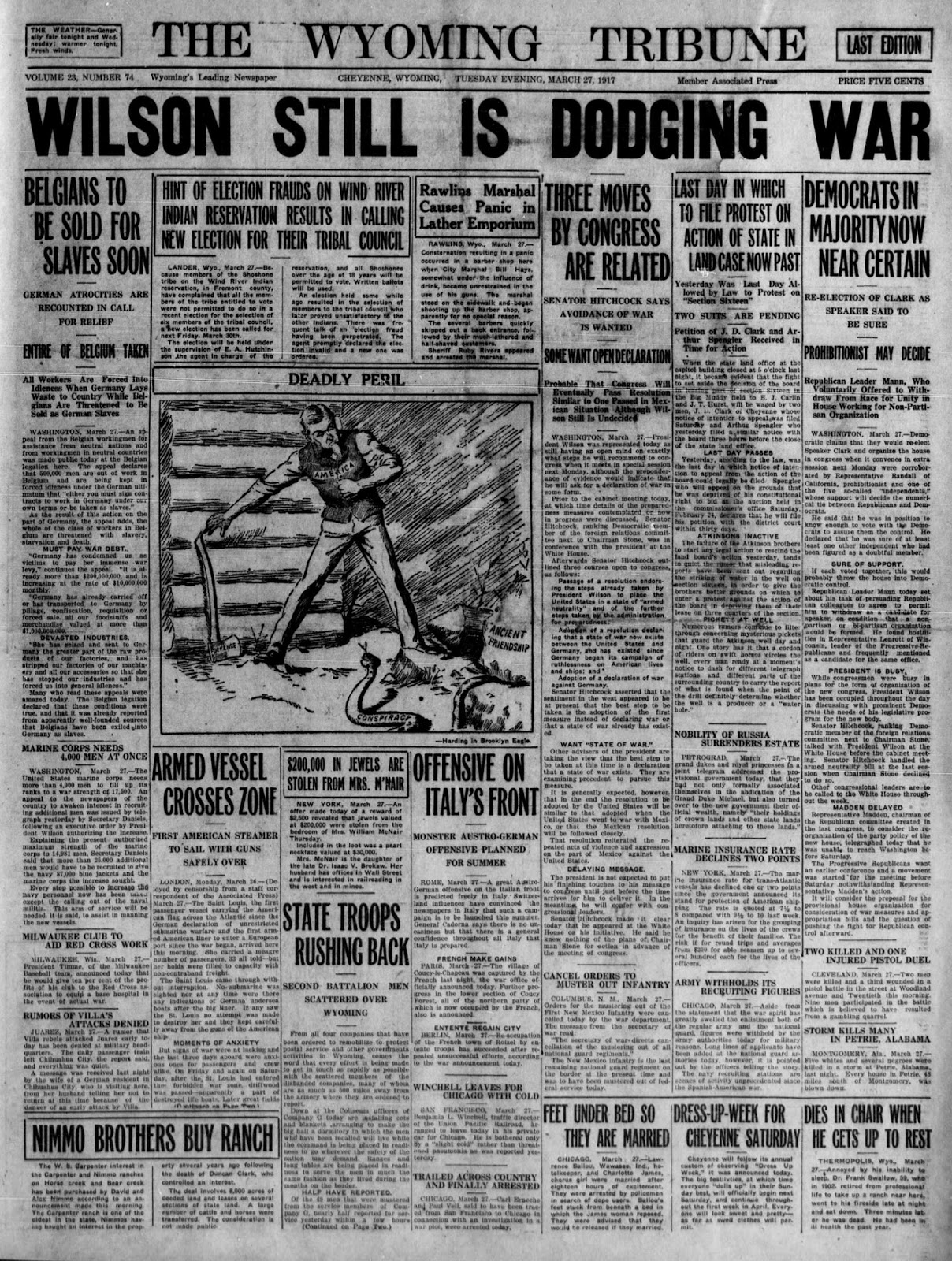 The Wyoming National Guard was in the throws of recovering troops it had only just discharged from active service.

And the Germans, it was reported, were going to sell the Belgians as slaves.  All while Wilson was "dodging war".

The Laramie Daily Boomerang for March 27, 1917. Laramie's troops not yet ordered to Ft. Russell. 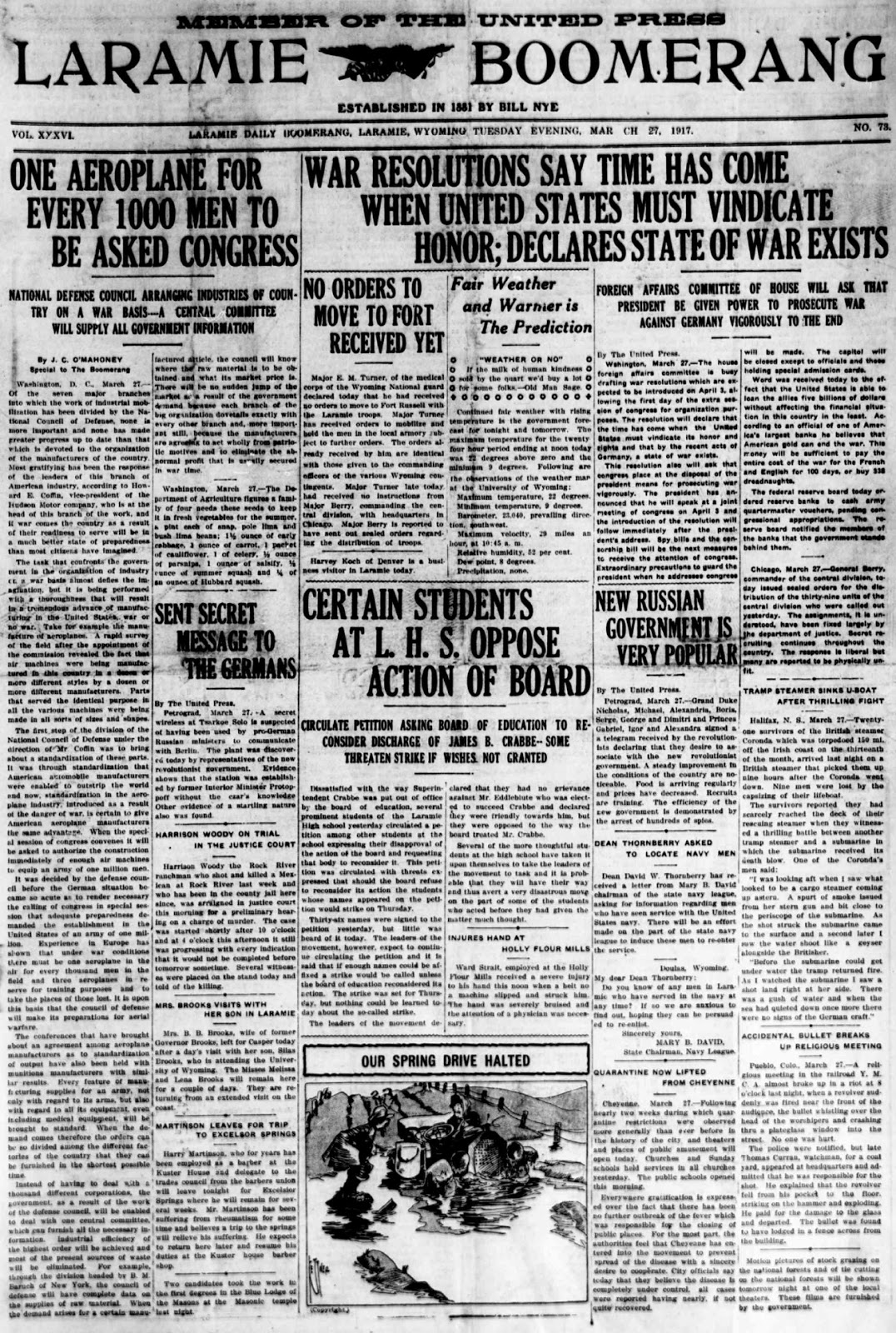 The Medical detachment of the Wyoming National Guard was expecting orders to return to Ft. D. A. Russell, where they'd been only a couple of weeks ago, but they hadn't yet received them.

In other news, a big air force was being planned and the new Russian government was being reported as "very popular". 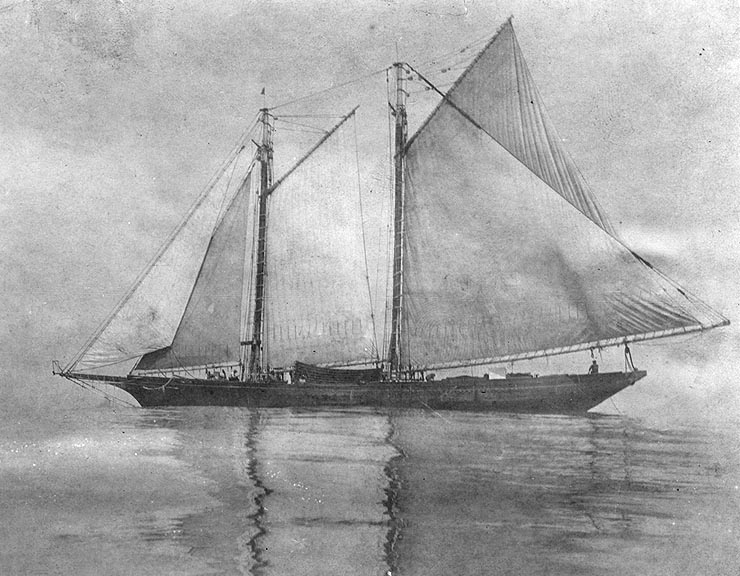 She'd been laid down in 1903 as a commercial fishing vessel.  Submarine depredations caused the Navy to take her into service in August, 1918, but with that task complete, she was struck from the Navy's rolls and sold that following November.

Why put this obscure ship in here?

Well, this blog explores trends and changes.  1919 wasn't all that long ago, at least not the way historians think of time, and therefore it wasn't that long ago when commercial operations, and even the Navy, regarded sail as still a viable means of propulsion.

There was big local news. 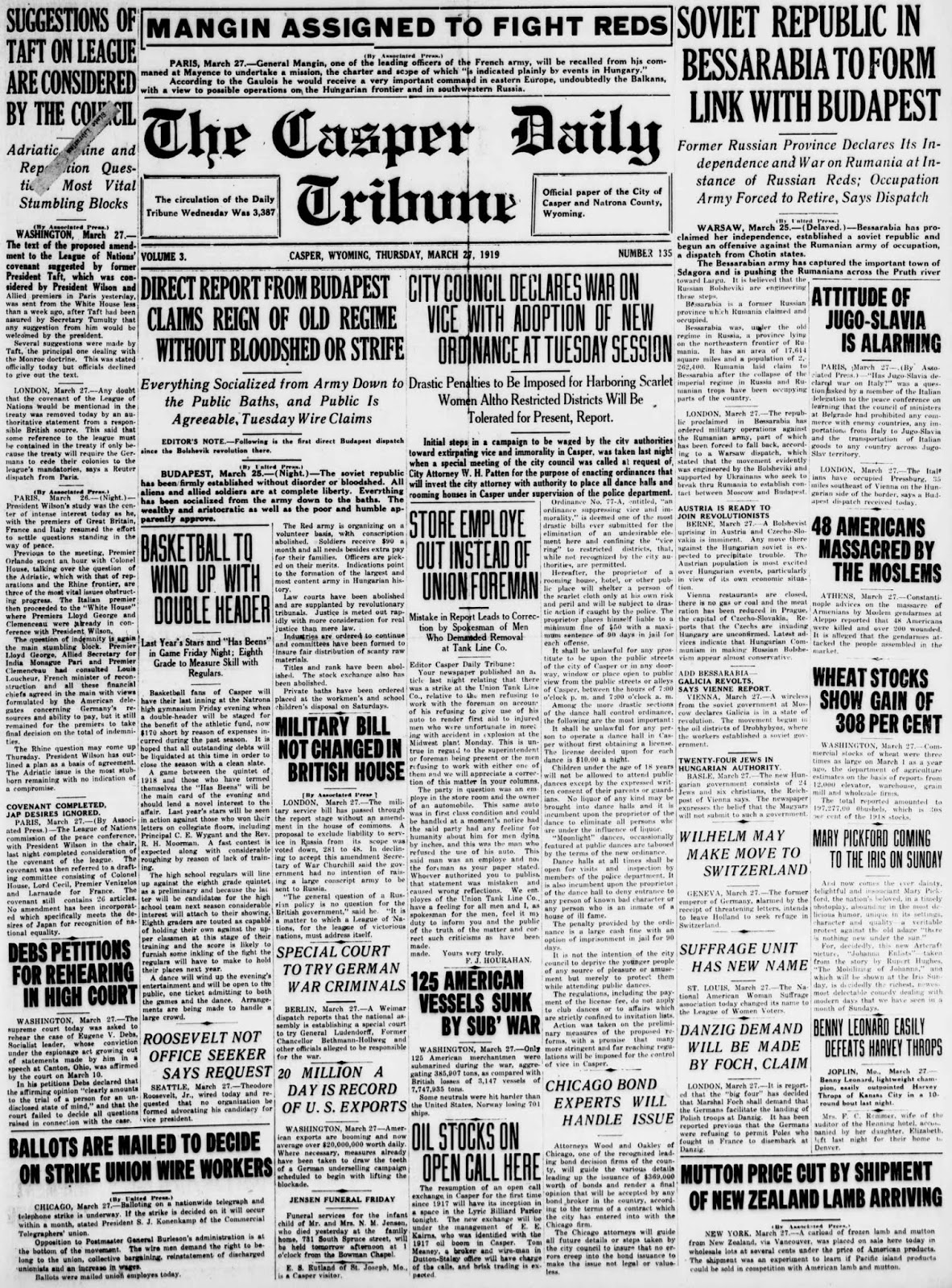 Mary Pickford was coming to the Irish Theatre in Casper on Sunday. 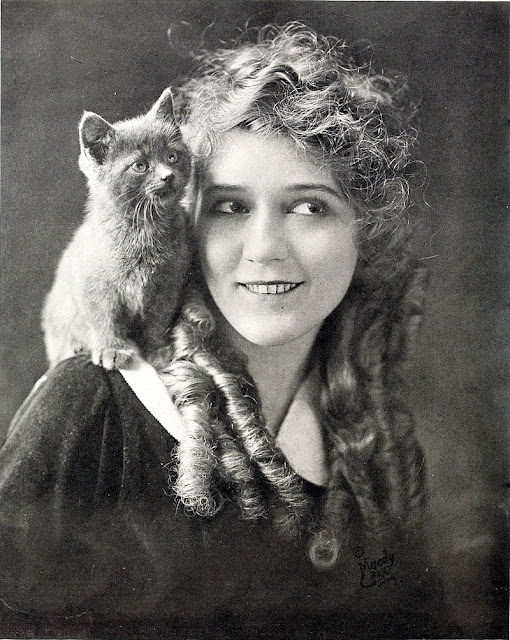 Pickford was a huge deal in 1919, and frankly she always would be.  One of the really big early stars of early movies, the Toronto born actress was at that time as big of movie star as anyone could imagine.

Her life wasn't really a happy one.  Married three times, she became a recluse in later years and would only receive Lilian Gish as a personal visitor.  This week in 1919, however, she'd be Casper's visitor.

Casper was also declaring war on vice, the paper proclaimed.  If it was, it wasn't very successful at it.  It wasn't until after World War Two when the strong streak of vice running through Casper would be cleaned up, and the Sandbar district remained all the way into the 1970s.