Lex Anteinternet: 2016 exits, and 2017 begins: “The old order changeth, yielding place to new, And God fulfils himself in many ways, Lest one good custom should corrupt the world ...
Posted by Pat, Marcus & Alexis at 7:41 AM No comments:

Lex Anteinternet: Friday Farming: The Stock Raising Homestead Act o...: Recently I've been posting the centennial of certain events as they occur.  Yesterday one such landmark passed by, that being the centen...
Posted by Pat, Marcus & Alexis at 5:28 AM No comments:

Lex Anteinternet: Lex Anteinternet: And then the shoe dropped. (But ...: Just recently I reported on Cathy McMorris Rodgers being nominated, in anticipation style, to be Secretary of the Interior by President Elec...
Posted by Pat, Marcus & Alexis at 6:29 AM No comments: 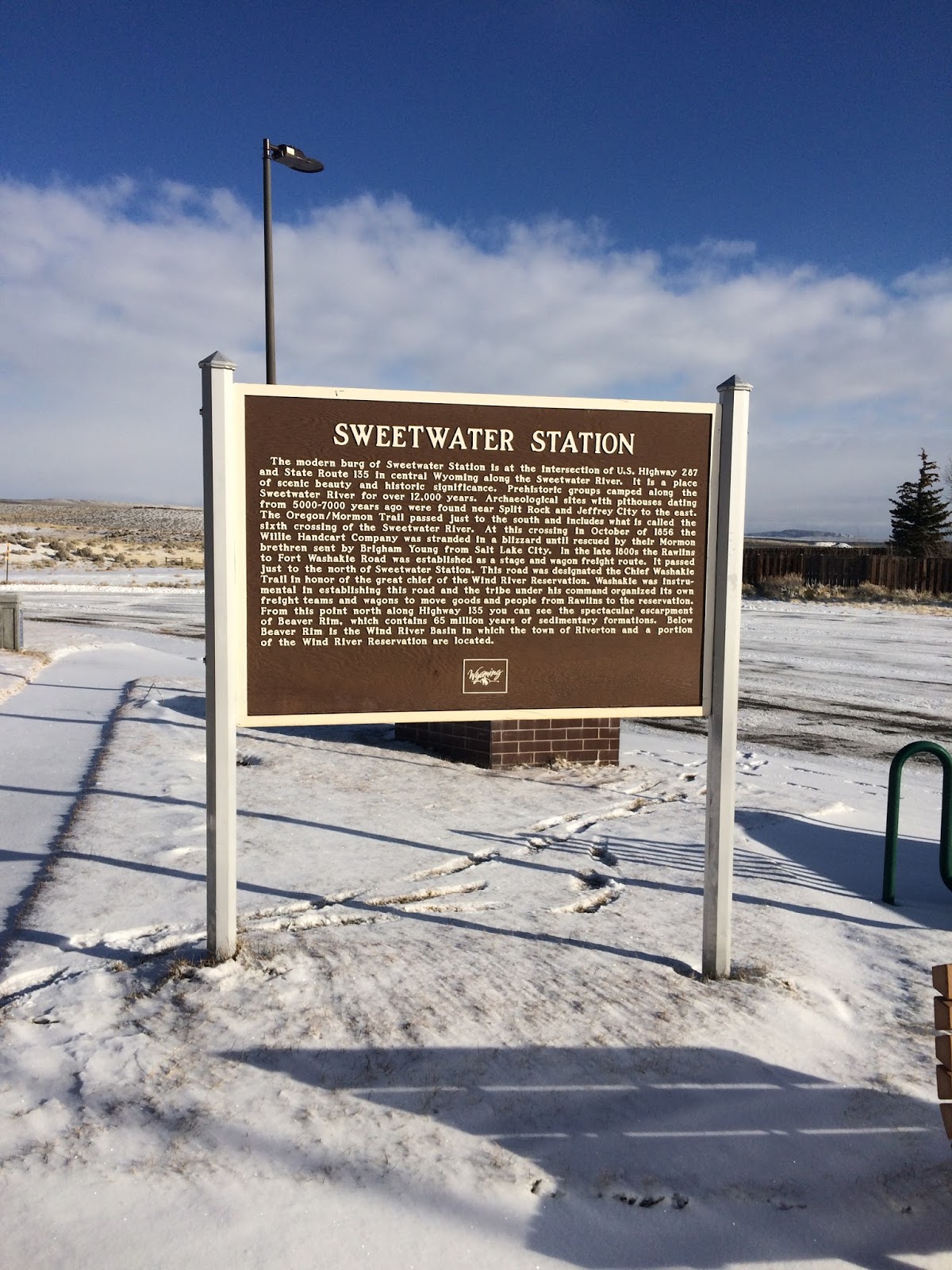 There's a highway rest station on top of Beaver Rim at Sweetwater Station that I've stopped in a million times, but I've never photographed it before.  Probably because there's always been a lot of
people there and I felt self conscious about it.  Anyhow, the other day I went through and it was just me, so I took these photos with my Iphone.

The photos here will be left large so that the details on the signs can be read.  I didn't do a very good job of photographing them while there, but it was relatively early in the day and light conditions were not idea. 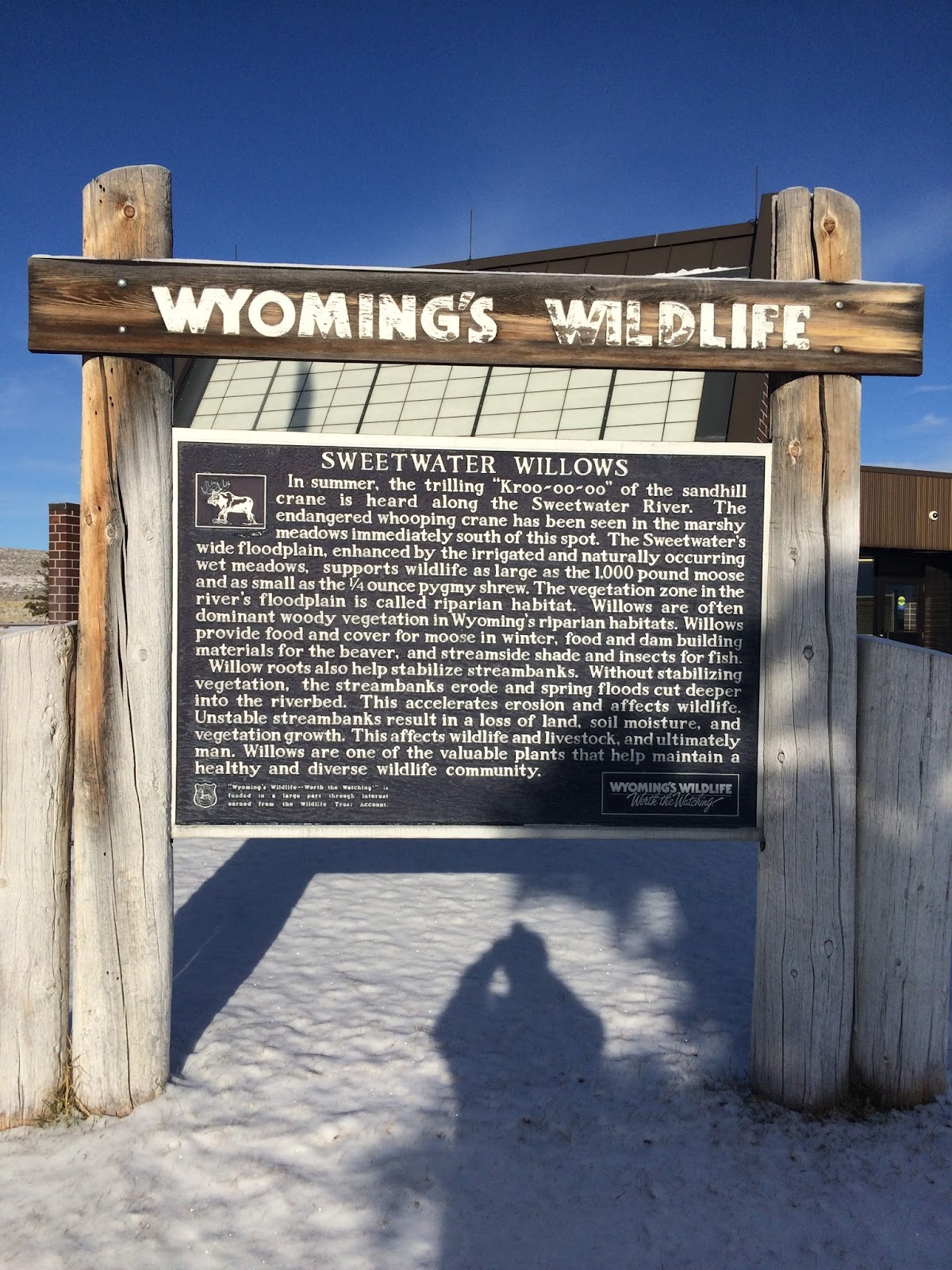 This is a converging location on the trail and a lot of different things are significant about the spot.  It's a significant Oregon Trial spot in and of itself.  It was also the location of an Army post, protecting the trail, during the 1860s.  Lt. Caspar Collins, who lost his life famously leading a mixed company at the Battle of Platte Bridge Station, was stationed at Sweetwater Station. 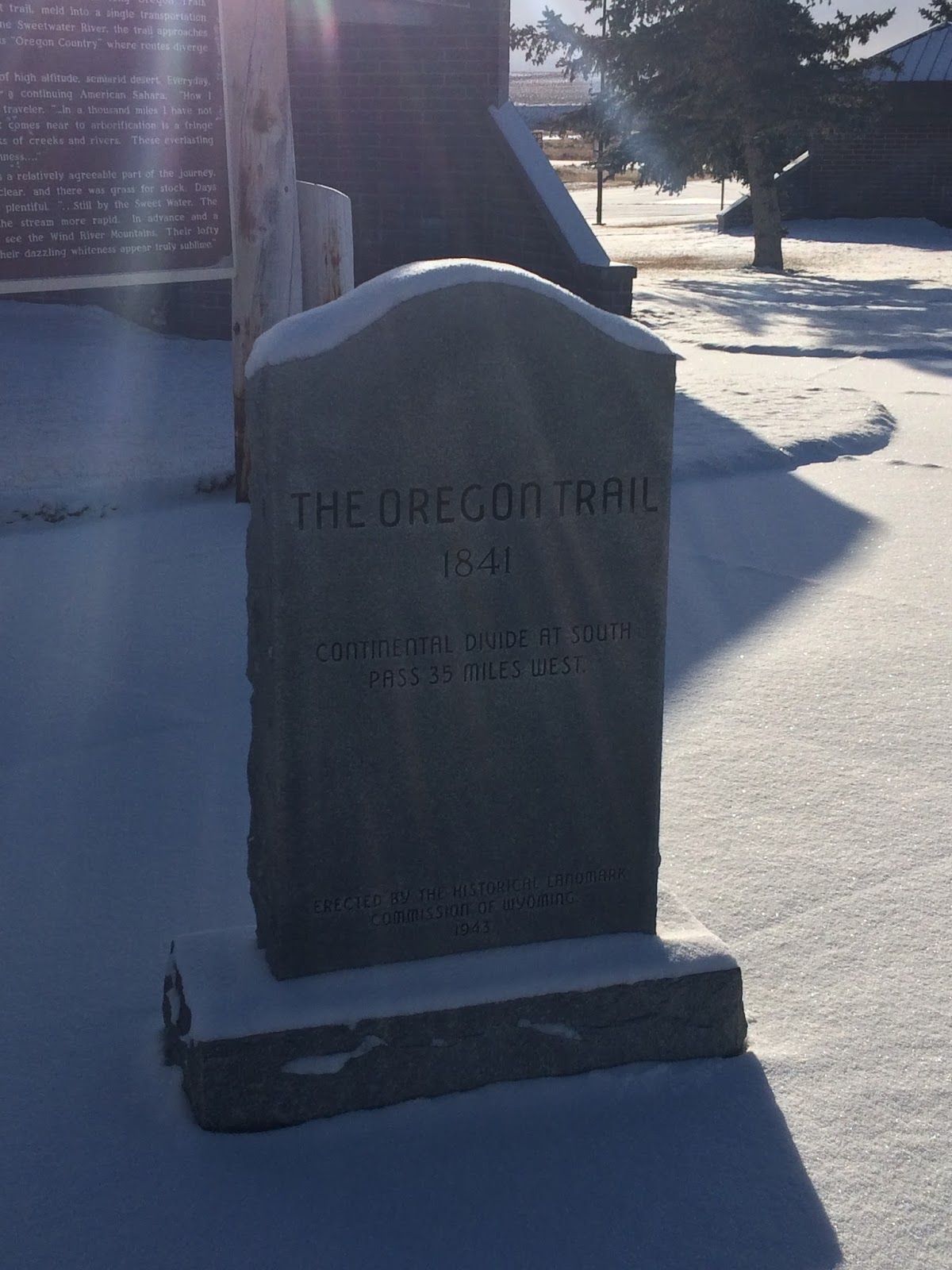 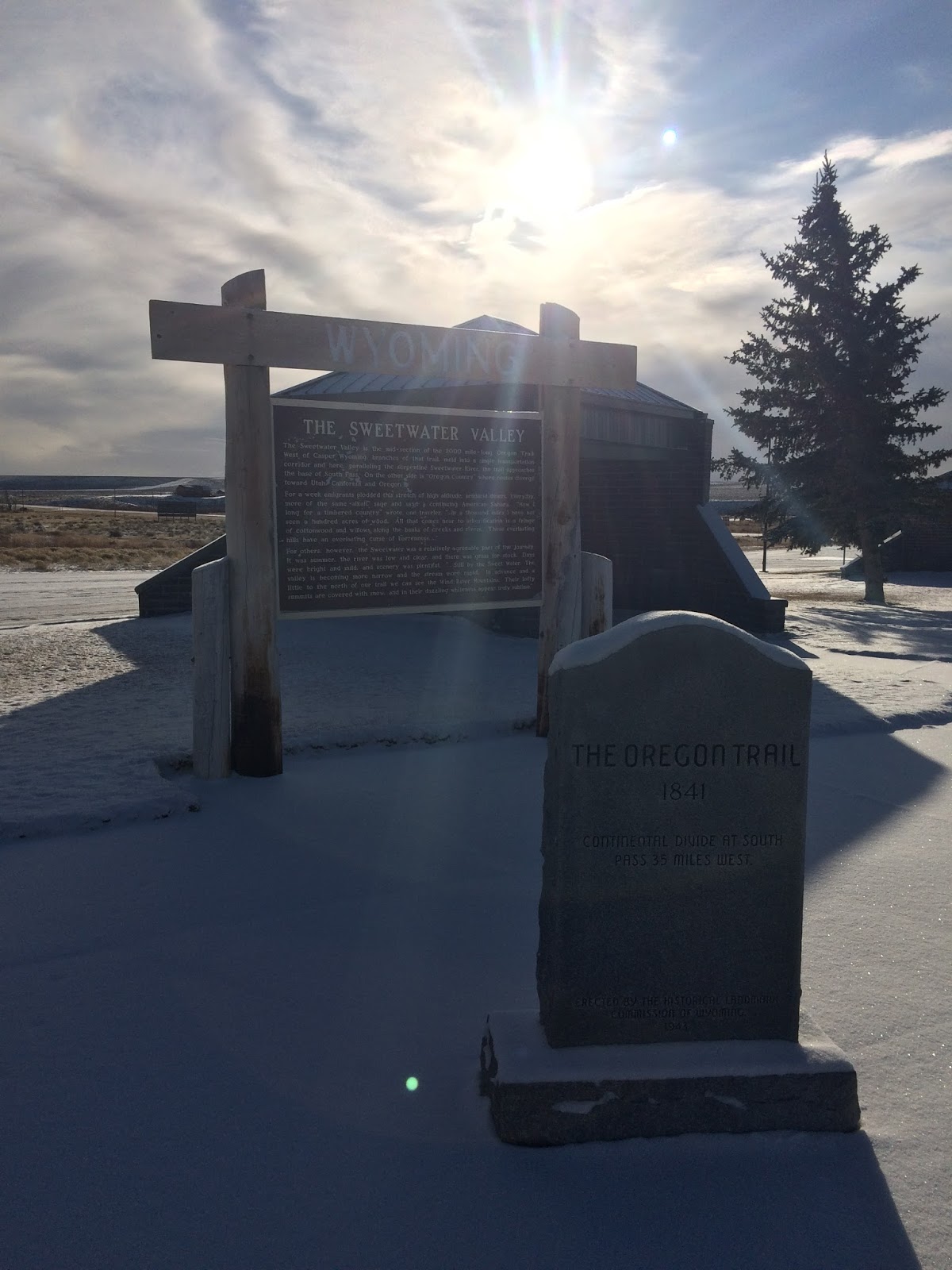 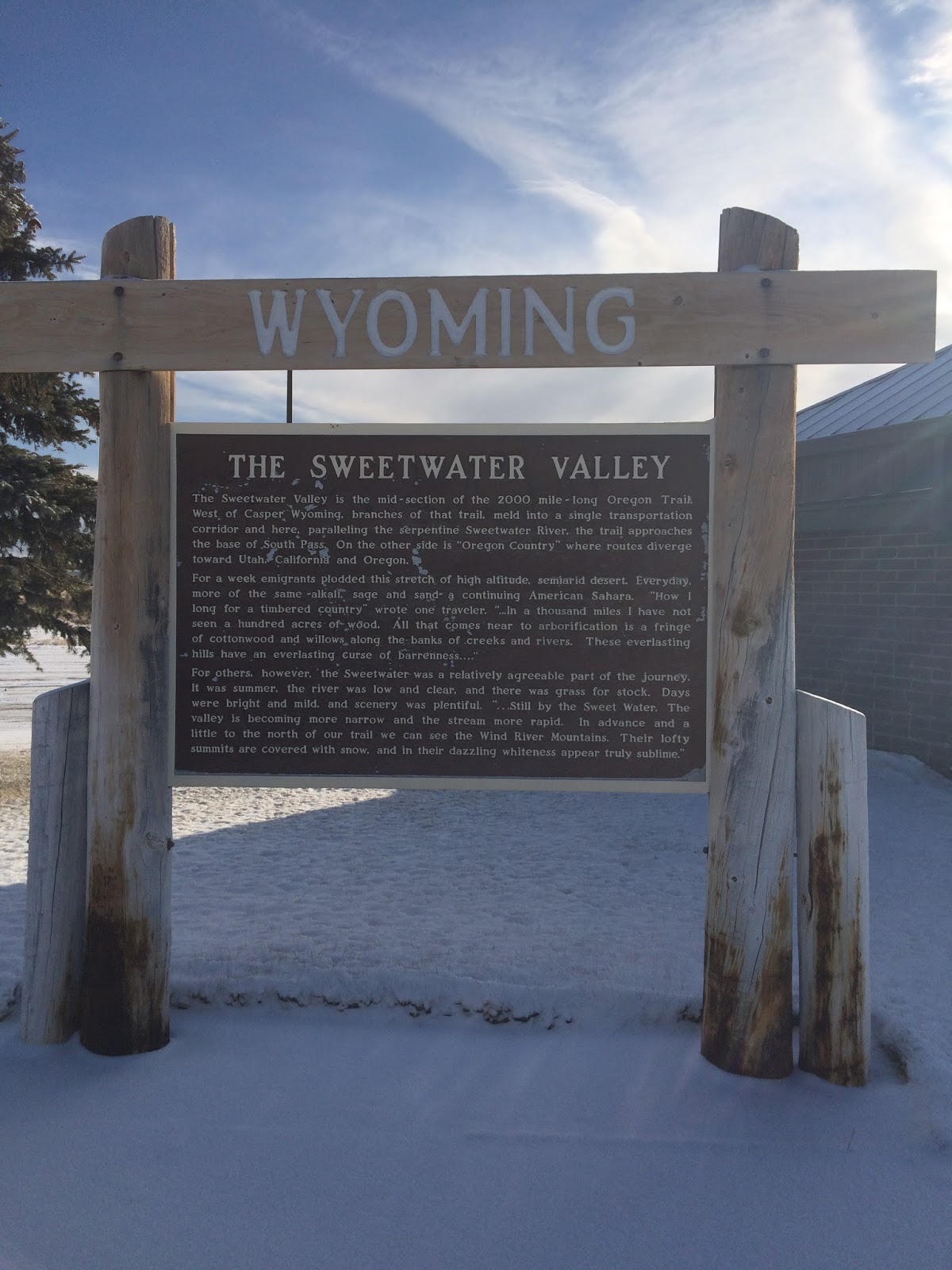 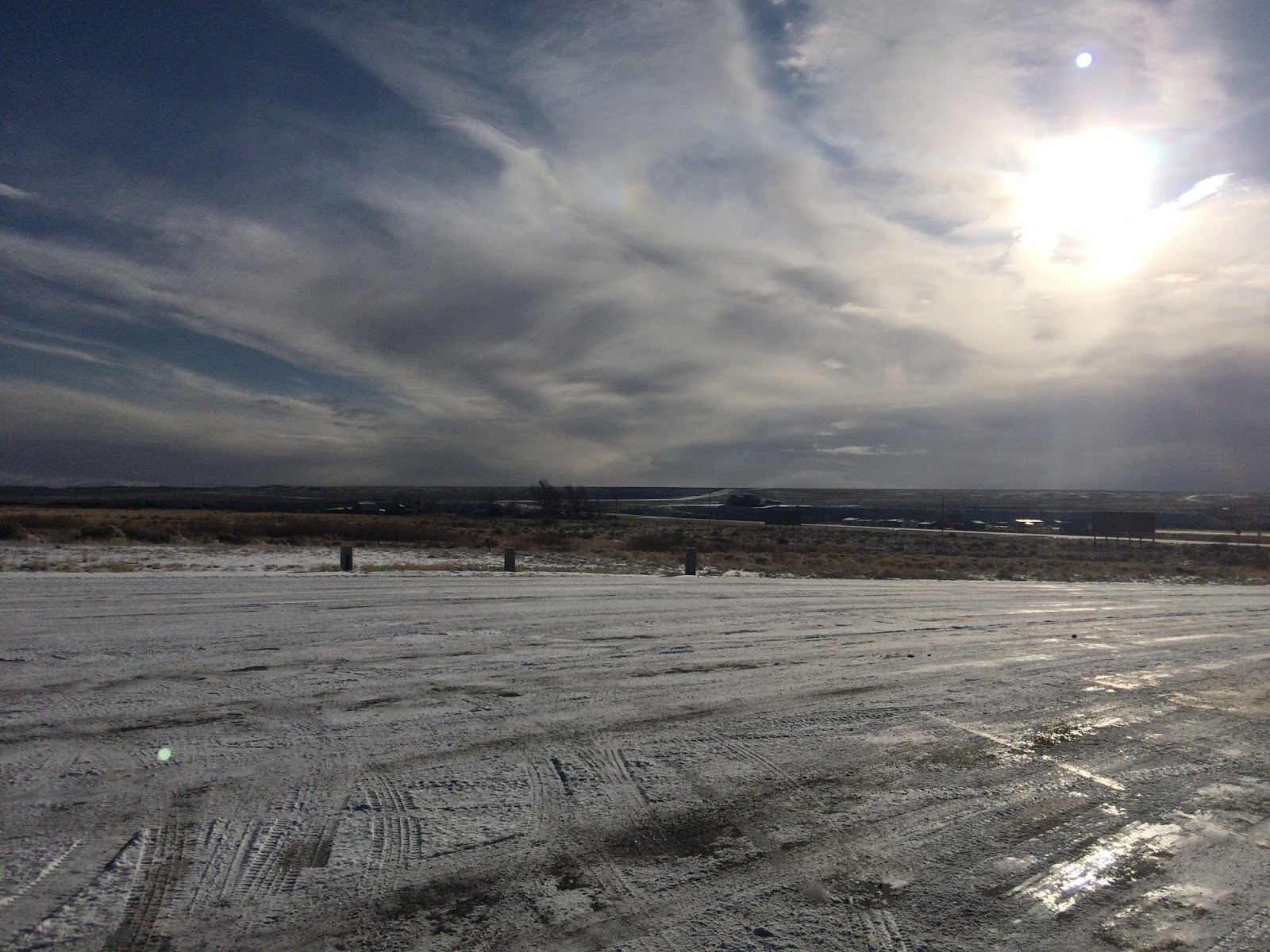