1804  The District of Louisiana, including most of Wyoming, established by an act of the U.S. Congress. Attribution:  On This Day. 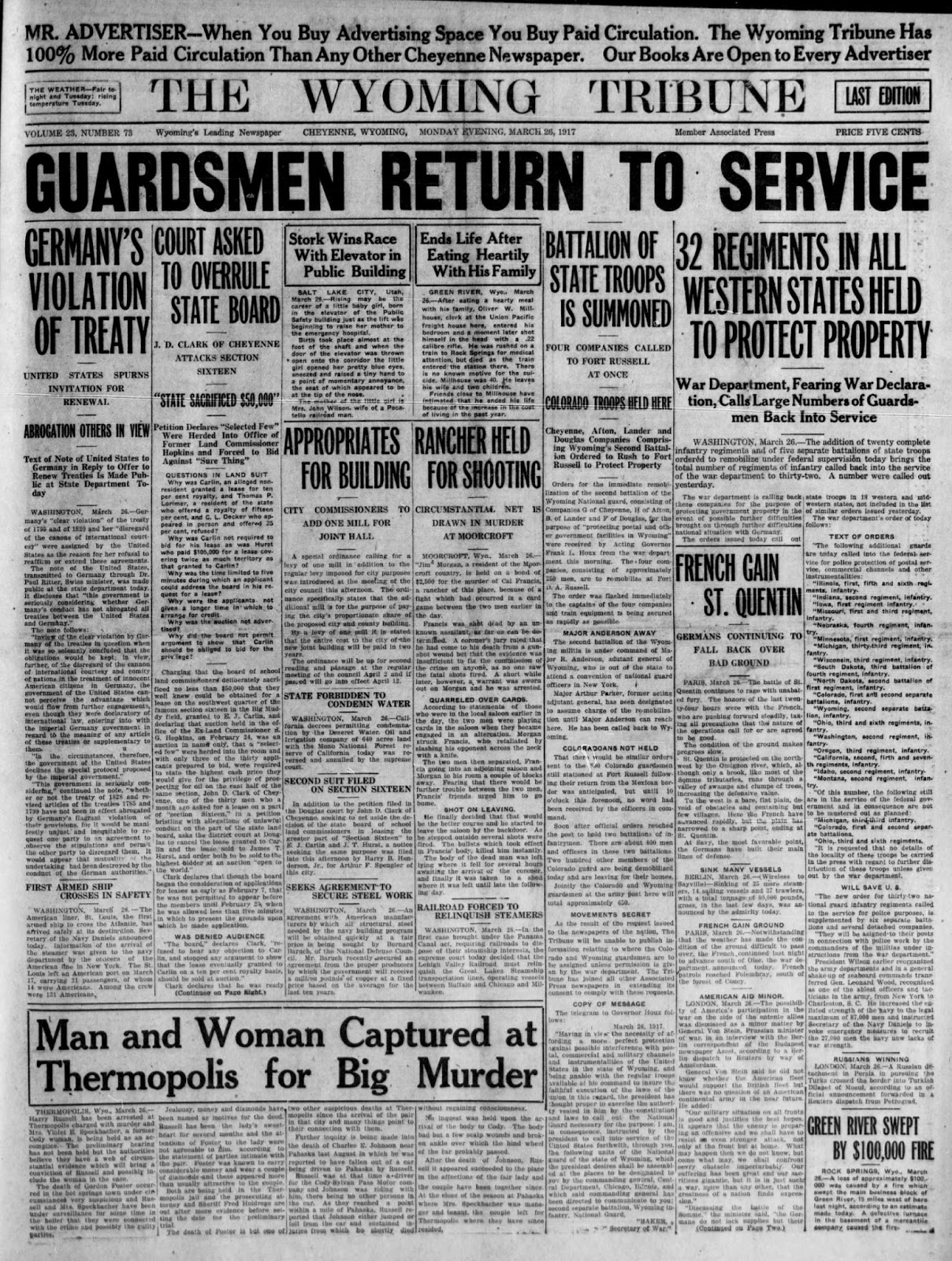 Guardsmen nationwide was the headline in the Wyoming Tribune, as opposed to the State's troops as discussed in the Laramie Boomerang.

Cheyenne's paper was noting that Colorado cavalry, just arrived at Ft. D. A. Russell fresh from border service, was now set not to muster out at all.  Late in the process of mustering out, it didn't look like they were going to.


The Laramie Boomerang for March 26, 1917. The Guard is mobilized again. 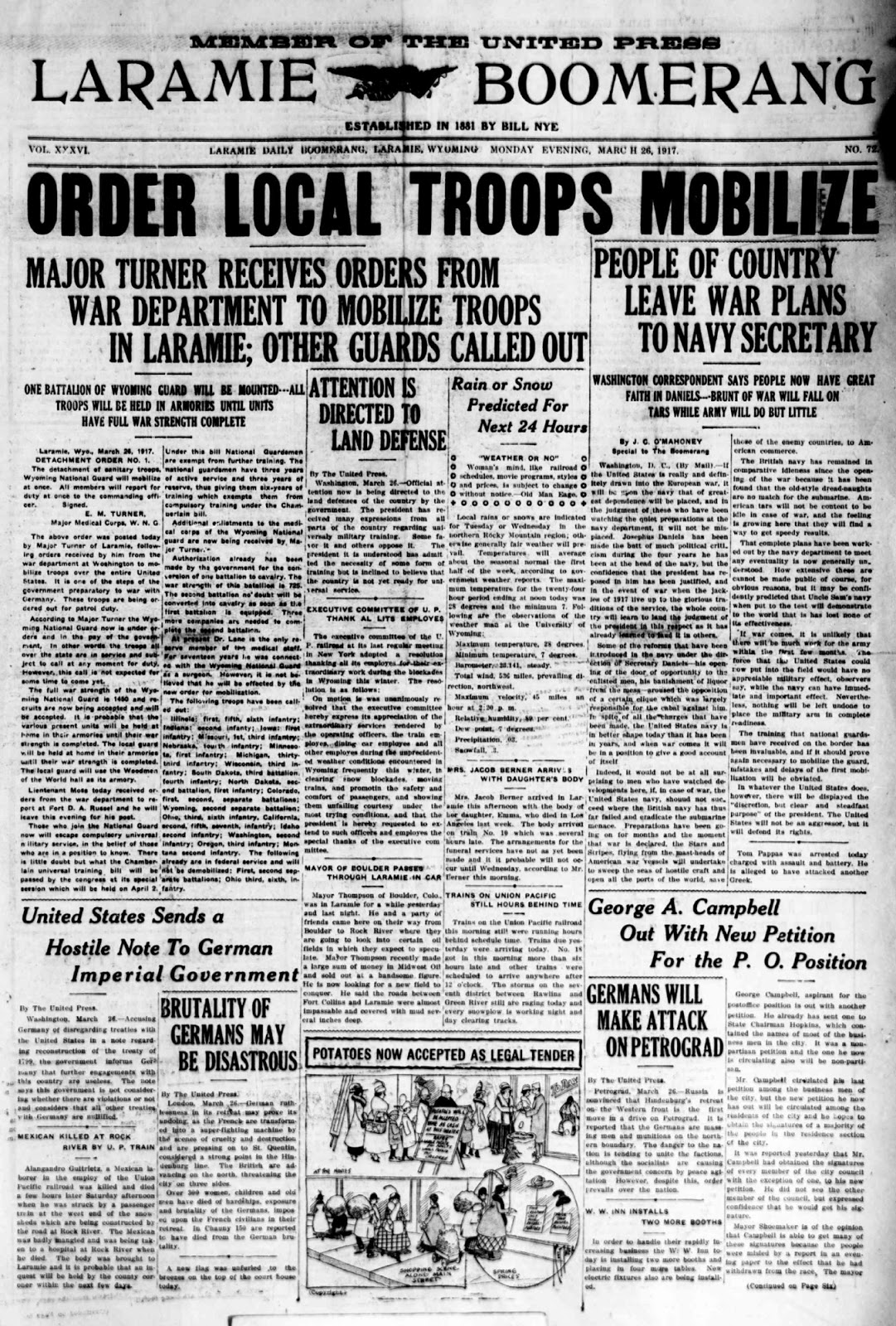 They'd barely made it home, and now they were being called back into service.  The Wyoming National Guard was mobilized once again.

This time the plan was for one of the battalions to be mounted, in what would prove to be an irony. while cavalry was not obsolete in 1917, a battalion sized cavalry unit would have been of more utility on the border than it would have been in Europe.  Of course, in March 1917 it wasn't clear that the Guard would be serving in Europe, or even that the Army would be. 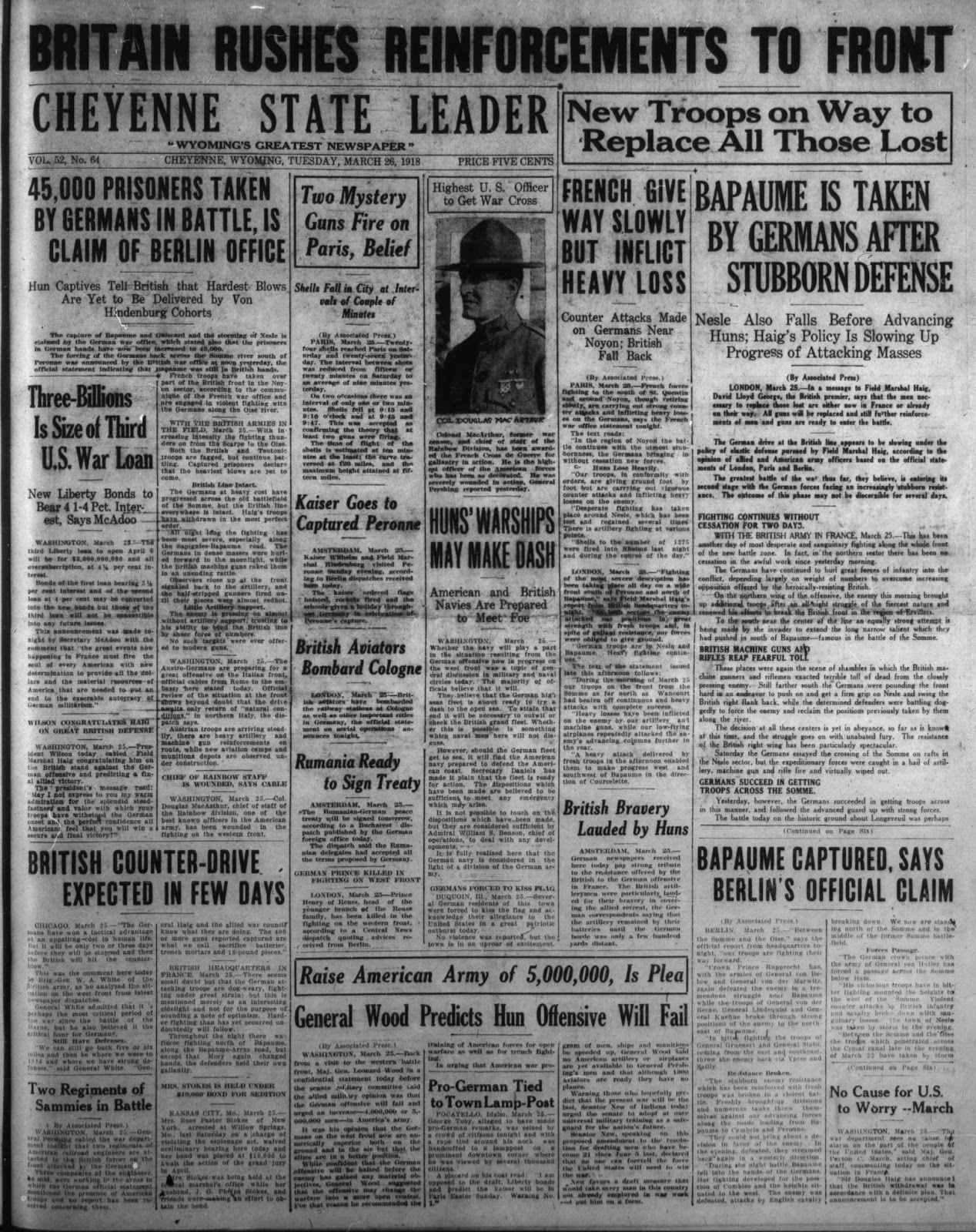 Romania was giving up. 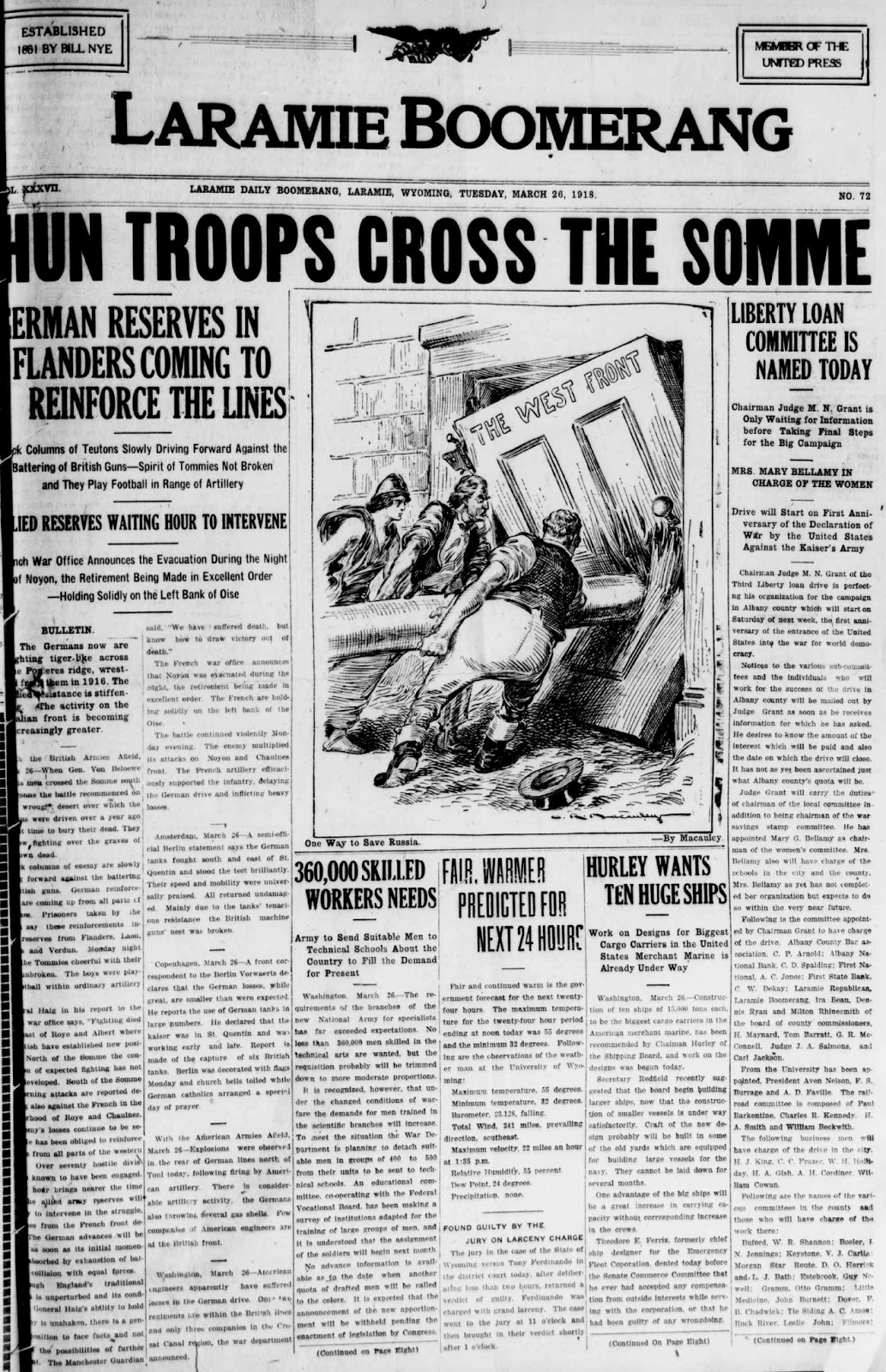 The Germans were across the Somme. . .and sending reinforcements to their own advancing men. 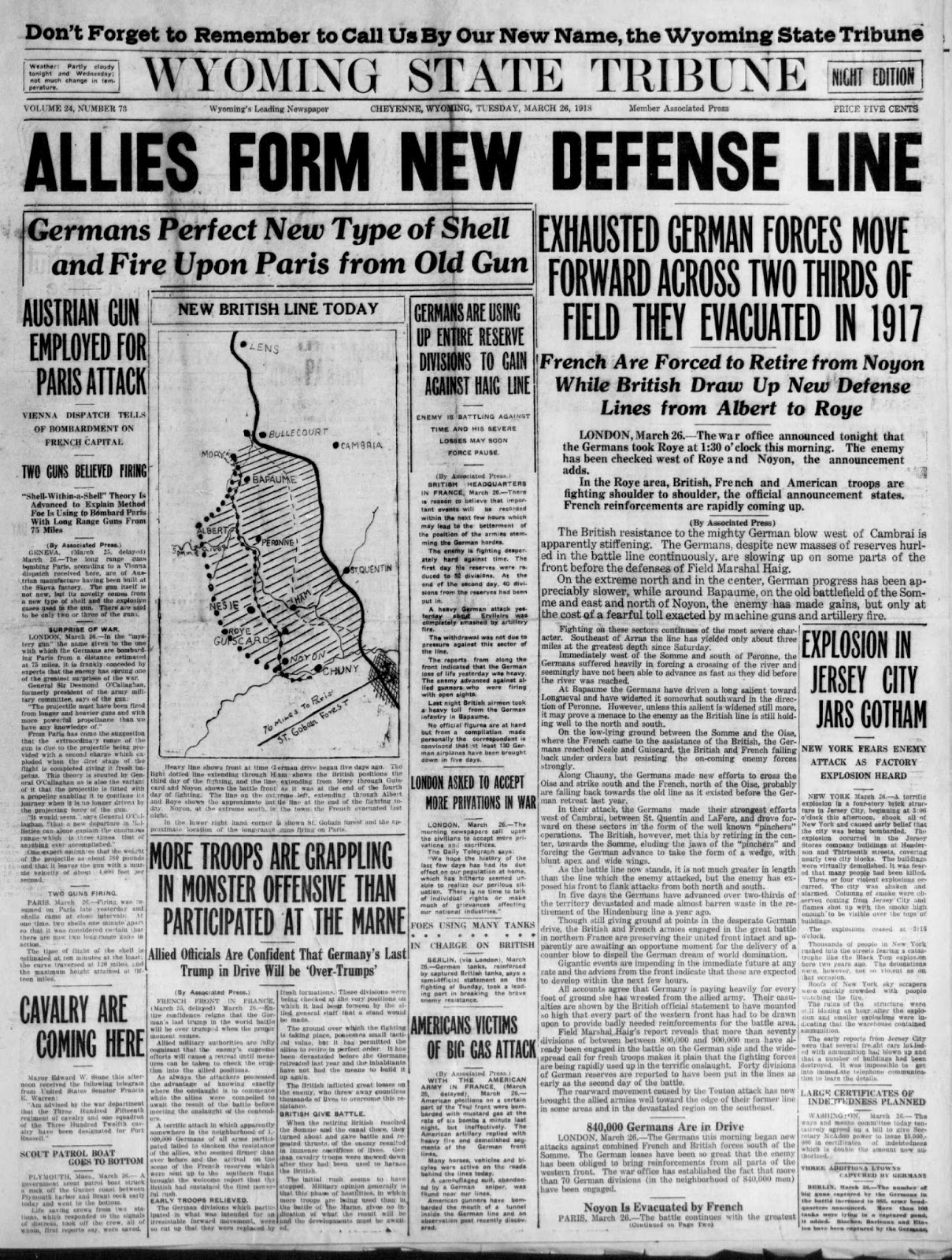 But the Germans were slowing down, some, and new lines were reported to be forming. . . maybe.  March was telling us now to worry. . . heh, heh. 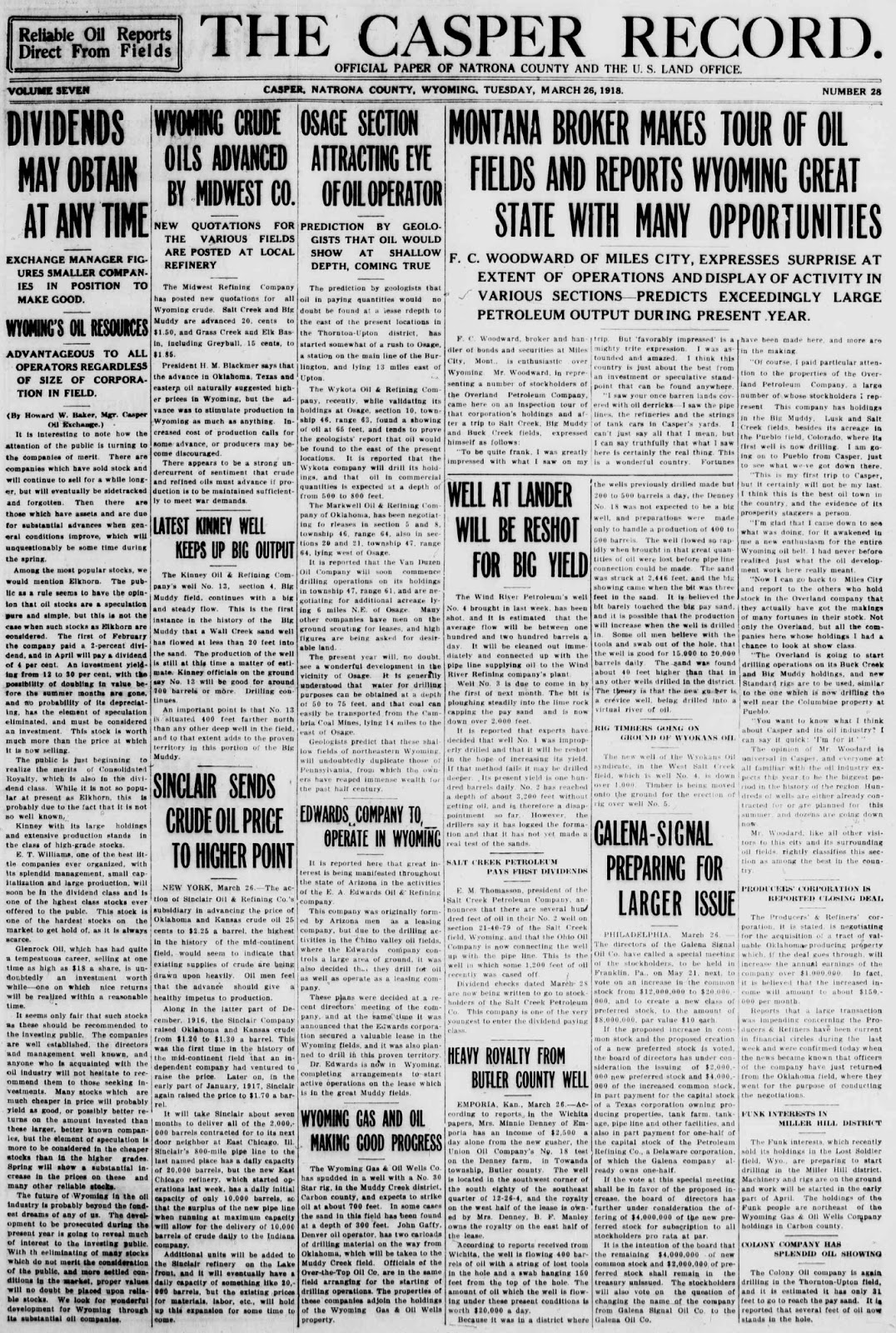 But in Casper, the economy was doing great!

I wonder what was causing that big increase in the demand for petroleum anyway?
1926  Game and Fish planted 27 pairs of Hungarian Partridges.  Attribution:  Wyoming State Historical Society.

1932  A magnitude 6 earthquake happened near Jackson.

1993  The T A Ranch, scene of the siege of the Invaders during the Johnson County War, added to the National Registry of Historic Places. 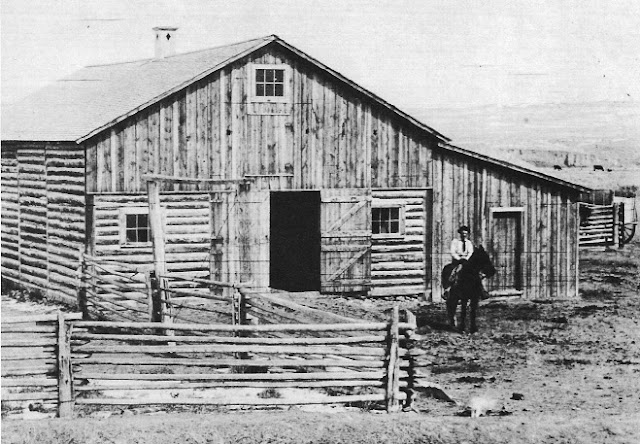