1883 Cheyenne newspapers report on a shocking total of 37 executions within a reportable time frame having been conducted by vigilantes.

1886  Edwin Booth, the brother of John Wilkes Booth, appeared in a Cheyenne production of Hamlet in the title role. 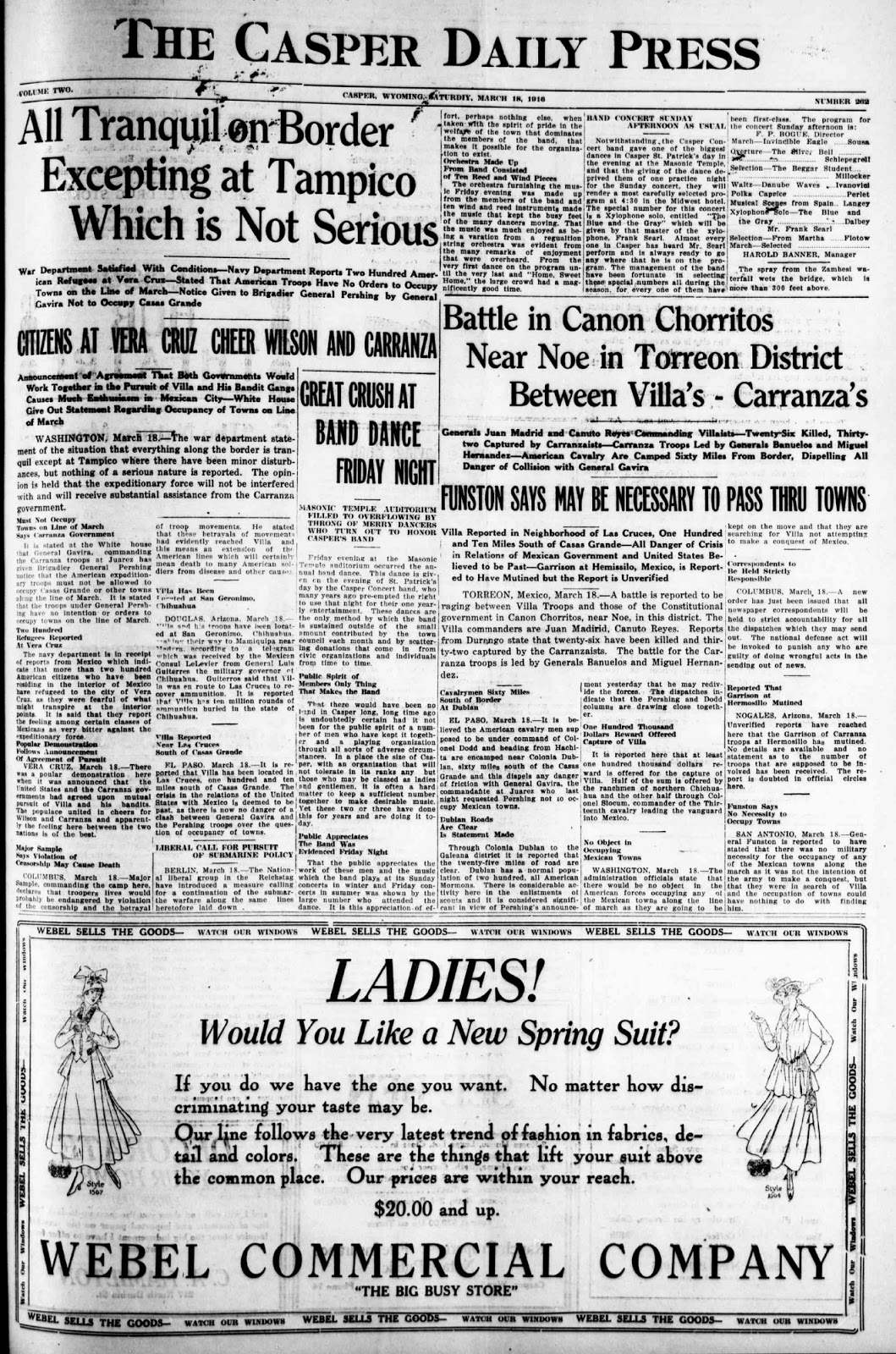 Pancho Villa was poised to attack Chihuahua again, which made the front page of the Laramie Boomerang, but which surely didn't cause the extra edition. The increasingly disastrous Atlantic news was causing that. 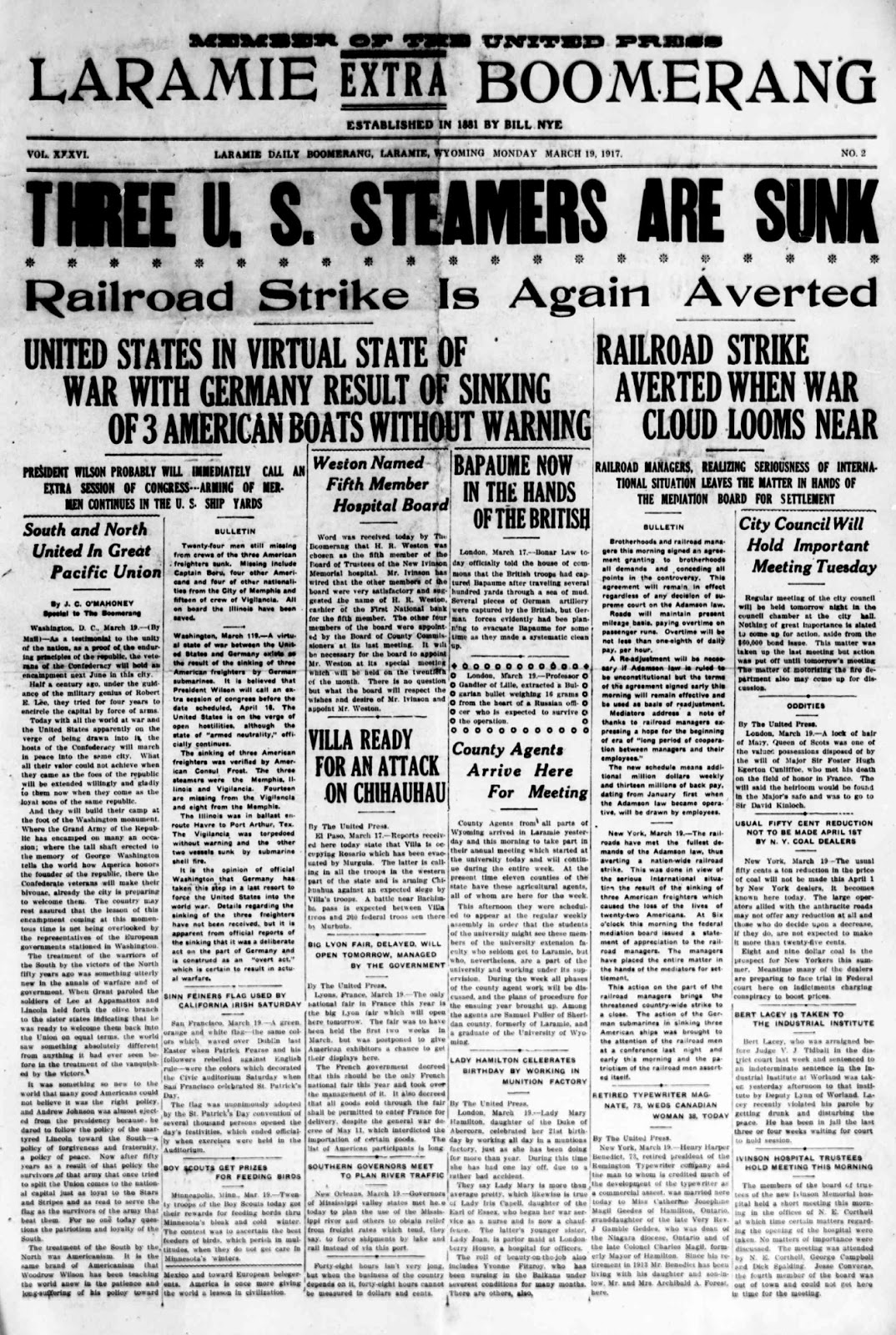 1921  Spotted Horse post office established.  Spotted Horse was a Crow leader, and the junction is named for him.  Attribution:  Wyoming State Historical Society.

1929  The coal mine at Cambria was closed.  Attribution:  Wyoming State Historical Society.

1942 US Army Engineers start building Alcan (Alaska) Highway.  I've been surprised how many times I've met Wyomingites from that era who worked on it in some capacity.

1968 The U.S. Congress repeals the requirement for a gold reserve to back US currency.

1974 The oil embargo against the US by oil producing Arab states, called in protest of U.S. support of Israel during the 1973 October War, is lifted. U.S. dependency on Arab oil was already well known to the government, given successful efforts to have the Arabs keep the price of oil from rising during later stages of the Vietnam War.

1983  The Redlick (Chambers) Lodge added tot he National Registry of Historic Places.   Attribution:  On This Day.

1994  The Triceratops was adopted as the official State Dinosaur.

1892    Former Canadian Governor General Lord Stanley says he will donate a silver challenge cup as an award for the best hockey team in Canada.

1938   Mexico nationalizes all oil properties of the US and other foreign-owned companies.
Posted by Pat H at 5:31 AM