Almost a fight at Devil’s Gate

Almost a fight at Devil’s Gate
Posted by Pat H at 6:41 AM No comments:

The bond issue floated by NCSD No. 1, which would have sought a $33M bond for use in upgrading the safety features of existing schools, provided for high end equipment for the CAPs facility and replace the NCHS pool, which will soon be removed, has failed.  This follows a string of recent similar votes by Natrona County residents on similar bond issues, the one supporting Casper College being a recent exception.

I'll admit, I'm very disappointed.  I'm particularly disappointed as this means that when NC's historic pool comes down in a matter of weeks, it will not be replaced.  Ever.  The thought of a high school losing a pool in this fashion is a sad one.  That little Mid West does not get its tiny pool replaced, which this would also have done, is also sad.  And this put an added level of stress on the KWHS pool which is already hurting from it, and which will not now be repaired.  The facilities of the education system here are diminishing, just as the need for better facilities is increasing.

On the increase, the bond issue failure means that equipment that would have been provided via this funding for the CAPs facility will not be.  For years there's been a feeling that the schools need to do better to provide the ability to work for graduates right out of high school who do not want to go to college, but the voters will seemingly not allow for the funding of the equipment that might make that desire more of a reality.

Why the bond issue failed is no doubt a somewhat complicated issue.  Some people simply distrust the district with money for one reason or another.  Others have come to have a very pronounced anti tax view and will not voluntarily vote for any taxation.  We also live in rather odd political times, which tends to spill over into everything.  Just last week the state's GOP nearly censured Governor Mead, which is amazingly hard to imagine. Those individuals were upset regarding the bill that limited the role of Superintendent of Education Cindy Hill, and oddly enough those who supported Hill locally sometimes voiced their opposition to the bond in terms that tried to link their views surrounding Hill with their opposition to the bond, even though they are not linked in any fashion.

At any rate, people have a right to their views and their vote.  But something that's distressing is that there's a seeming trend locally for people to avoid building for the future, if they have a say in it.  Local municipalities and governmental bodies still will, but generally the populace has nearly uniformly been against nearly any project recently.  A prior bond issue that would have allowed for the classic Depression Era courthouse to be renovated similarly failed some years ago, ultimately leading the State to fund the later renovation of the Townsend Hotel, across the street from the old courthouse. The state's money did a nice job, but the Townsend looks like what it was, a hotel, and the loss of the judiciary's use of the courthouse is still a sad fact for those of us who practiced in it.  Granted, the county hadn't paid for that courthouse either, as it was a Federal project from the Great Depression.

We pride ourselves on our independence, but we're tending to show that we have a very near horizon when allowed a role in the planning, while the governmental bodies themselves take a longer view.  Our predecessors did as well, and now the things that they built for us are disappearing, and we're not replacing them.  With pools as an example, NC's pool will be the third pool lost in recent years that has not been replaced. The State cannot be expected to fund everything, but I've already heard some suggestions from those that opposed the bond that it should here.  I am sure it will not, at least not in the near term, but if it comes to, that means that we will actually have lost an added measure of local control, ironically.
Posted by Pat H at 6:09 AM No comments:

Lex Anteinternet: The NCSD Bond Issue: The bond issue goes to the voters tomorrow, May 6.  Please vote yes, if you are a Natrona County, Wyoming voter. Prior threads on the topi...
Posted by Pat H at 6:18 AM No comments: 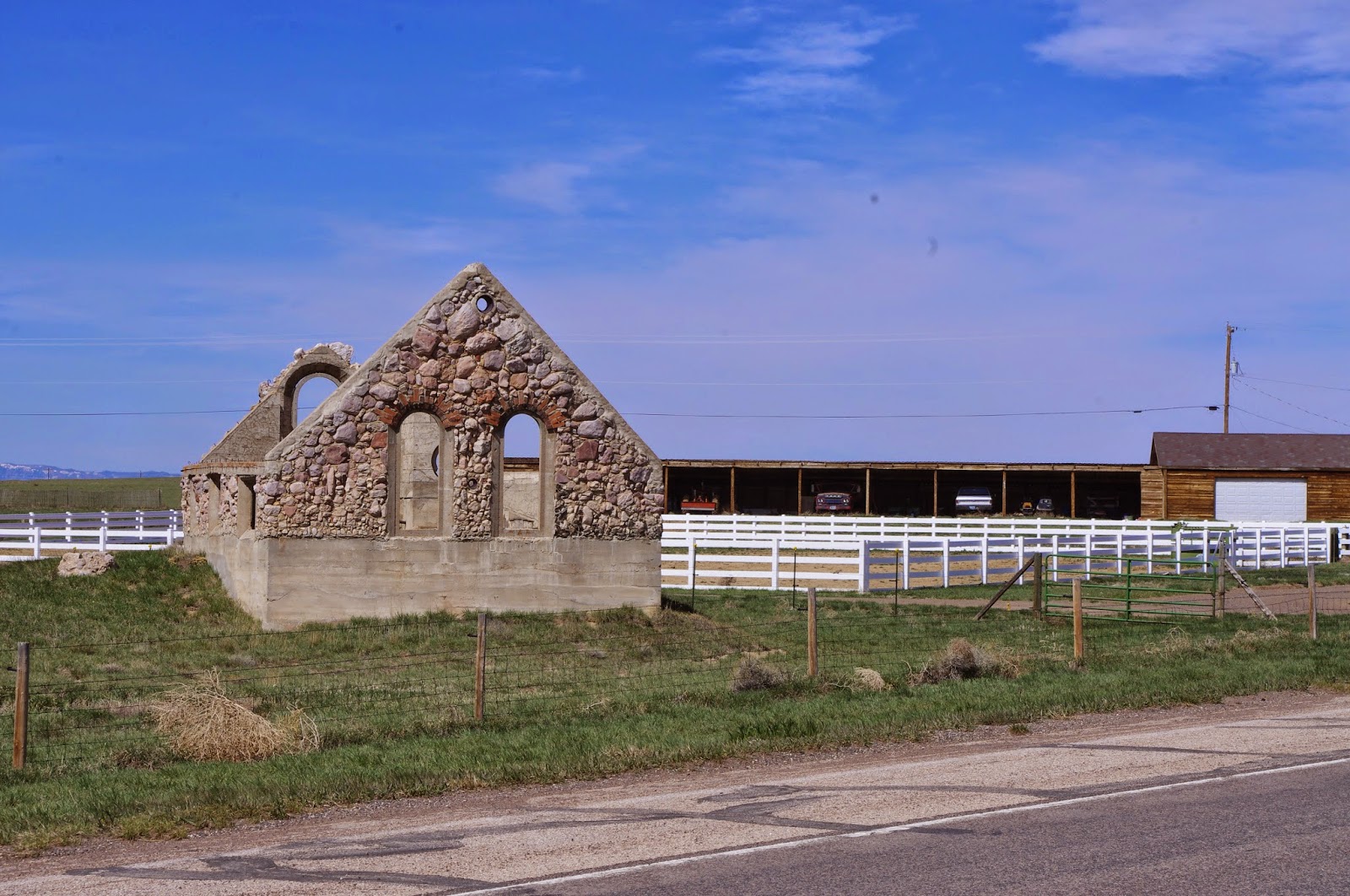 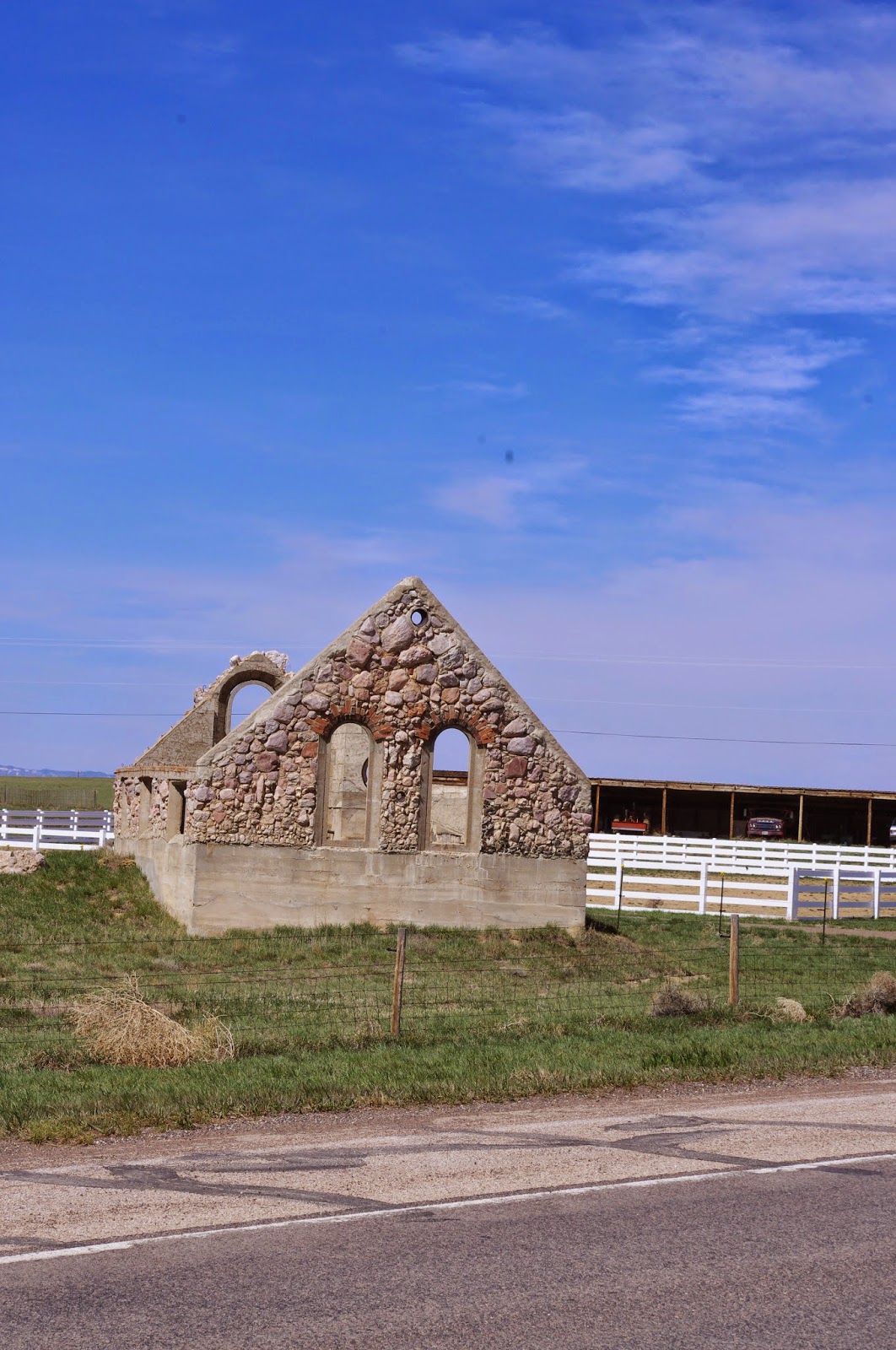 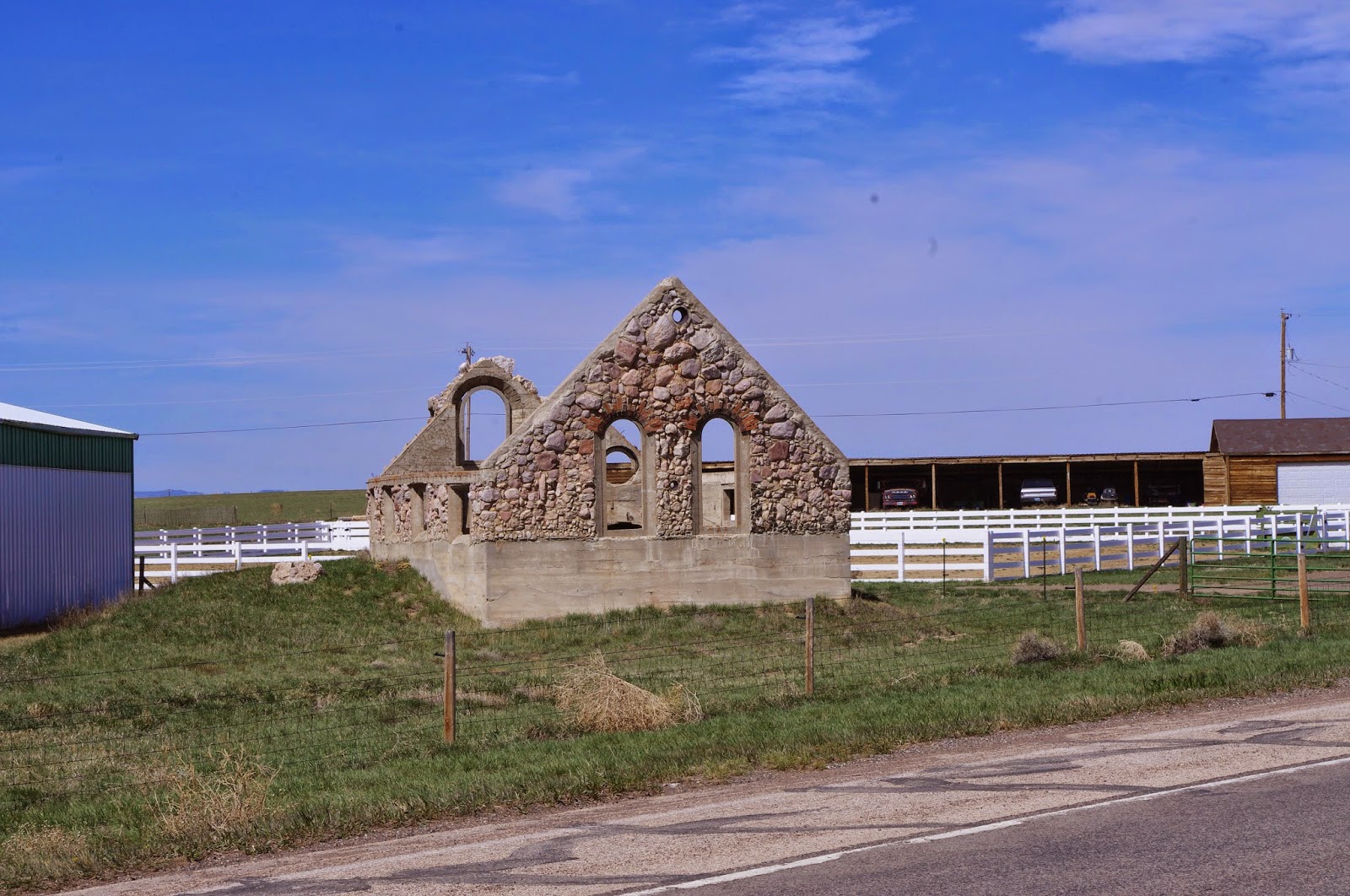 This striking church ruin is located in West Laramie, Wyoming

The structure is clearly that of a classic Gothic style church, which was constructed out of stone and cement.  The structure of the church itself would tend to indicate that it was likely built in a classic Catholic church manner, which would indicate here that the church was likely built with a Catholic or Episcopalian congregation in mind, although its location might possibly indicate that it was built as a chapel for the Territorial Prison in Laramie.  The structure is very old, and its been in ruins for as long as I personally can recall.  It's now located on the grounds of a farm, but at the time it was built it would have been actually several miles outside of Laramie, and indeed it would have been at least three miles from the territorial prison.

This church is a mystery to me, and if anyone knows what it was, I'd appreciate knowing.
Posted by Pat H at 9:03 AM No comments:

In a historic first, sitting Governor Mead narrowly avoided being censured at the state Republican Party's convention. The proposal was advanced by those upset with his support of the Common Core education standards and his having signed SF104, redefining the duties of the Superintendent of Education, which the Wyoming Supreme Court found unconstitutional.

The fact that a sitting governor would even be faced with such a motion, let alone that it would receive so much support from party activists, shows how split the state's GOP presently is.  It's been noted over time that the demise of the Democratic Party in Wyoming might serve to develop rifts in the GOP, which has no effective opposition.  It seems clear now that there is a deep divide between what is sometimes referred to as "Tea Party" elements in the party and more traditional conservative and moderate elements.
Posted by Pat H at 11:30 PM No comments: