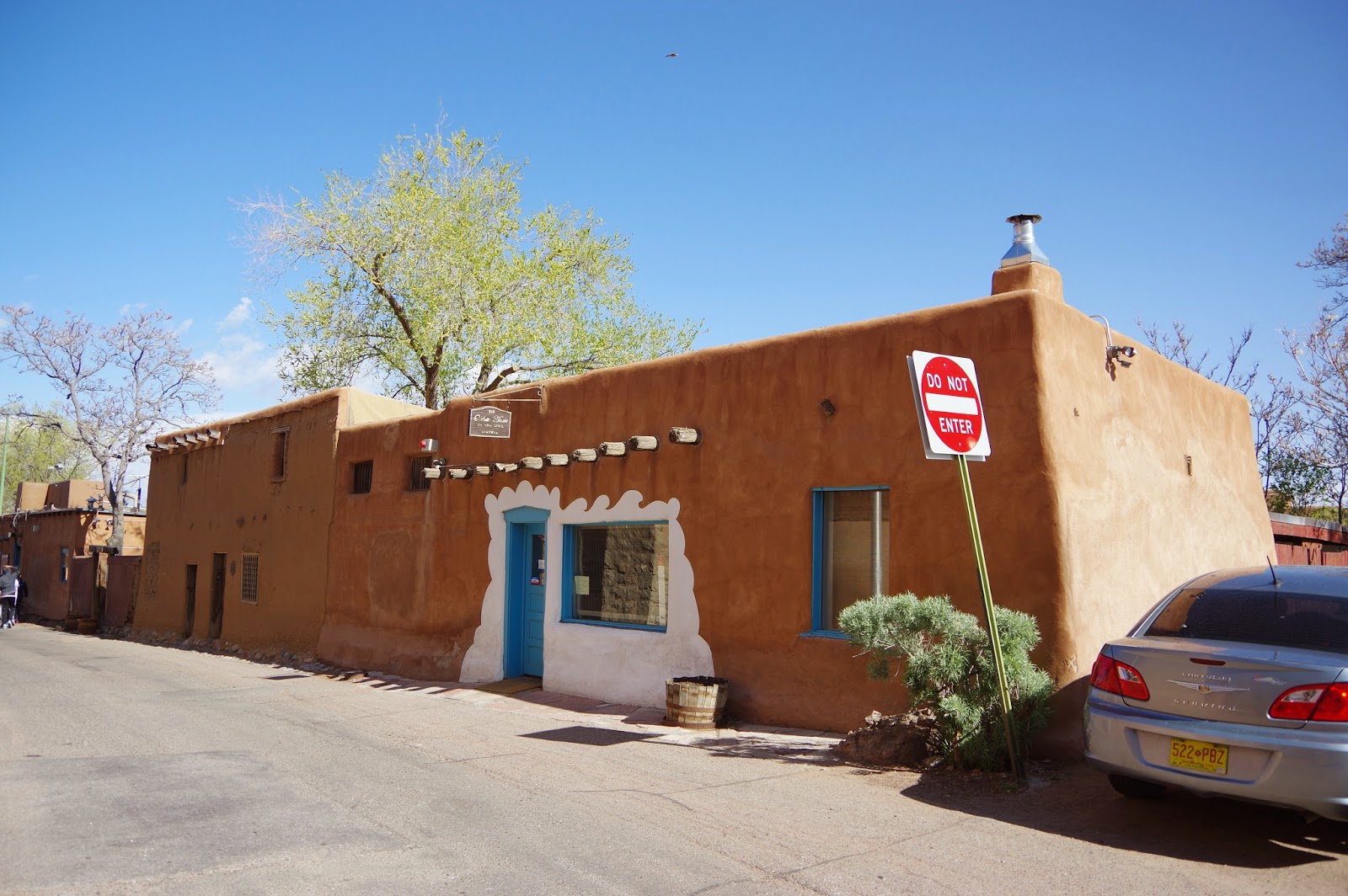 The oldest house in the United States, in Santa Fe, New Mexico.  New Mexico very much has its own distinct cultures that have been in the region for a very long time.

This blog has a sidebar entitled Hispanics In Wyoming.  It's one of several that deal with important Wyoming ethnicities.

One of the nice things about blogs is that you can correct and expand on topics as you learn about errors or omissions, and that's what we're doing here, thanks to a recently issue of the Annals of Wyoming. We really missed the important story of New Mexicans in Wyoming.

It was a huge omission.

I don't know that we can really fully correct it, quite frankly, as our omission was so vast, but we'll at least mention it here in hopes of getting this part of the story inserted here.  We'd first note, however, that finding a copy of the issue and reading it is highly recommended, even if a couple of the articles in it fit into social theory that's really outside of the main theme of the issue, which deals with Hispanics in Wyoming.

One of the things the issue really focuses on in is the story of New Mexicans in Wyoming, which I only knew a little about.  It was fascinating.

What that story reveals is that Wyoming once had a vibrant New Mexican population that maintained direct links to Hispanic New Mexico.  Largely made up of men with experience in sheep tending, they came up to work on Wyoming's sheep ranches and then ultimately went into available blue collar jobs, mostly in southern Wyoming.  For a long time these communities traveled back and forth between Wyoming and New Mexico, but they stopped doing that around World War Two and permanently located in Wyoming, mostly in southern Wyoming.  They were a significant minority community all along the Union Pacific, and their presence as a community that lived in Wyoming but had immediate roots in New Mexico continued well into the mid 20th Century.  Indeed, I know one retired fellow whose parents, it turned out, lived this very story.

I didn't deal much with this in my earlier sidebar, and indeed I really haven't dealt with it much here.  But it is important to recall that a term like "Hispanic" is a very broad one and it may be used unfairly in an overly broad fashion.  New Mexicans in Wyoming, while Hispanics, have their own story.  I missed that.  That story remains, but it's slowly being lost as the New Mexican community, now well into its third and fourth generation here, and now removed from its original distinct occupations, is less identifiable as that than it was when it first located here.  Indeed, the article referenced above credited the Catholic Church with allowing the identify to go forward, given that they were Catholic, an aspect of Hispanic culture I did mention previously.
Posted by Pat, Marcus & Alexis at 6:51 AM