Today is recognized as World Men's Day in many nations.

1868  The Bear River City Riot occurred in which  parties supporting a lynched murder suspect and those supporting the lynching rioted.  The town Marshall bravely stood his ground against both sides, but there was serious destruction in the town and sixteen people died. Cavalry was dispatched from Ft. Bridger to restore order.

1909  George Sabin sentenced for Second Degree Murder for his part in the Spring Creek Raid.  He escaped on December 25,1913, while on a work gang in  Basin, and was never recaptured.

The sentencing is remarkable and significance as it effectively meant an end to private warfare over sheep in Wyoming, and it also meant that conventional justice had come to the Big Horn Basin, where previously juries would not convict in these circumstances.  This reflected in part the horror of the  Spring Creek assault, but also the fact that the Basin was now closer to the rest of the state, having been connected some time prior by rail. Oh oh, resource demands were cutting into automobile production. Better get down to the car lot now!
The Spiker (soldier newspaper). November 19, 1917. 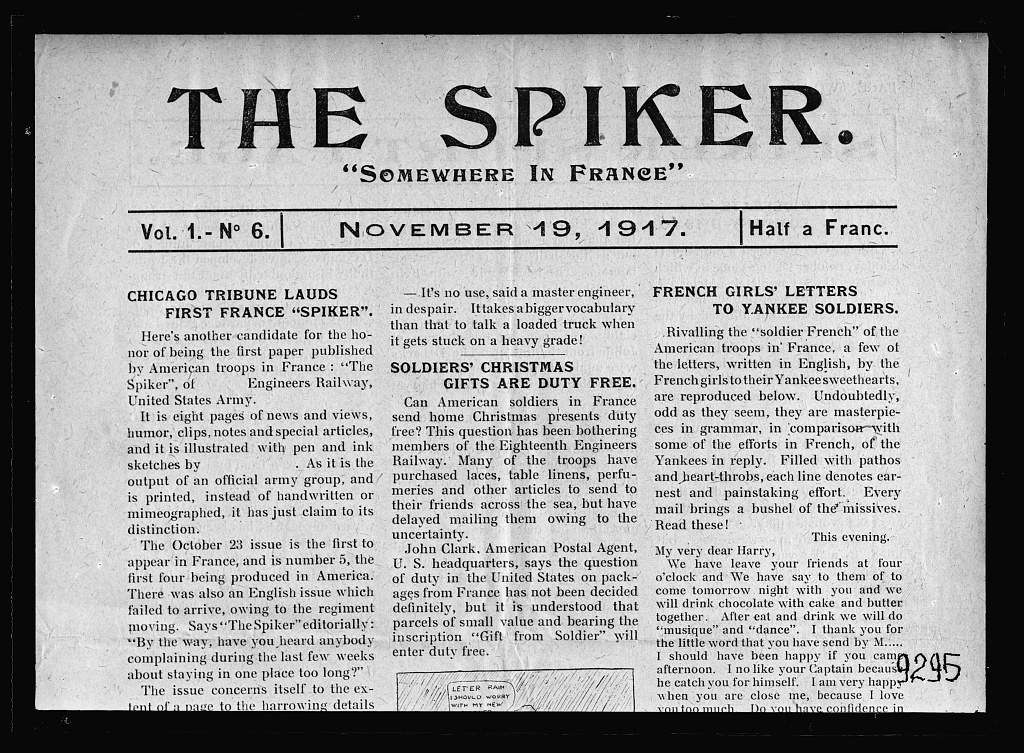 1918  November 19, 1918. The President's Proclamation on Thanksgiving, Wilson to go to Europe, Bolsheviks and Peace 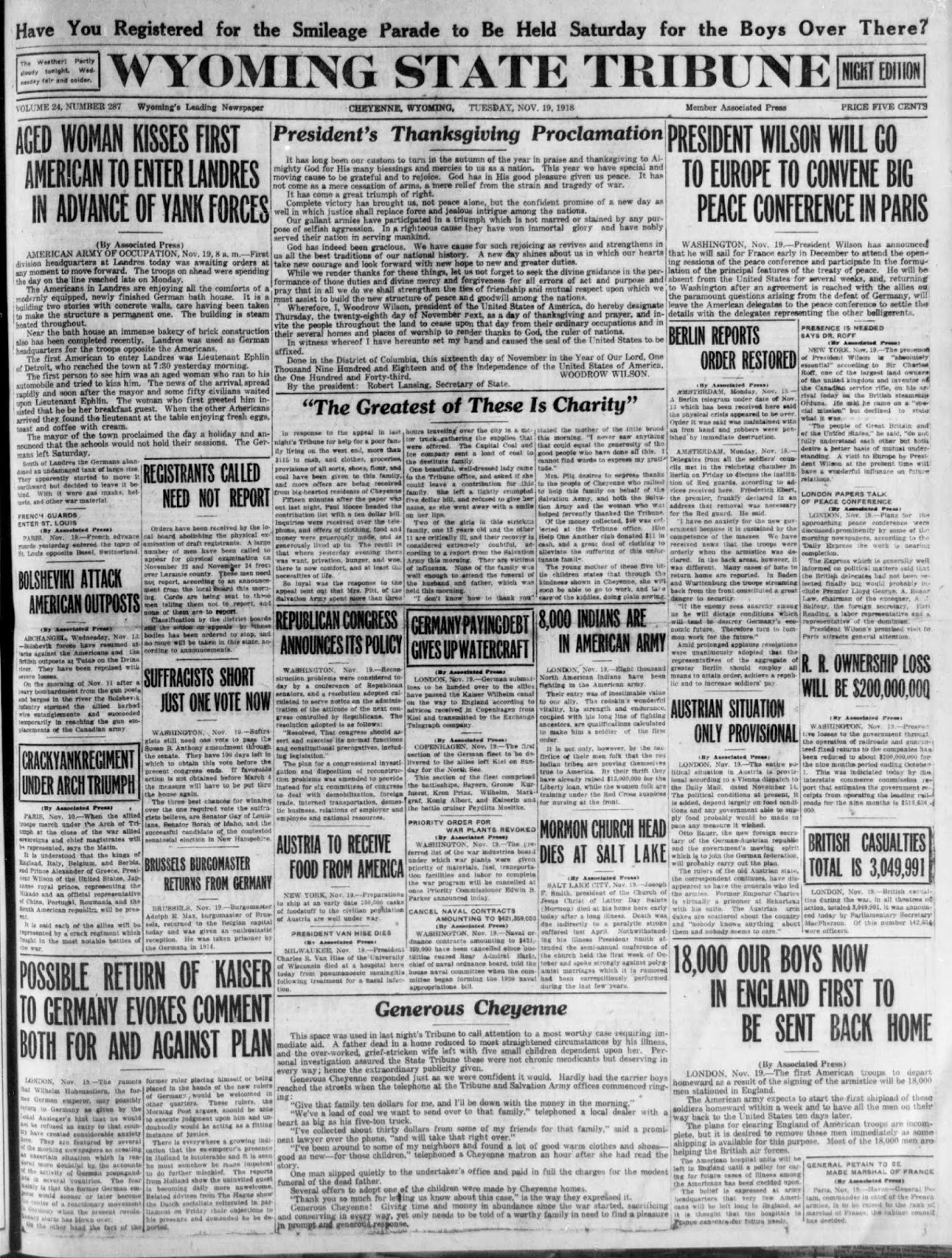 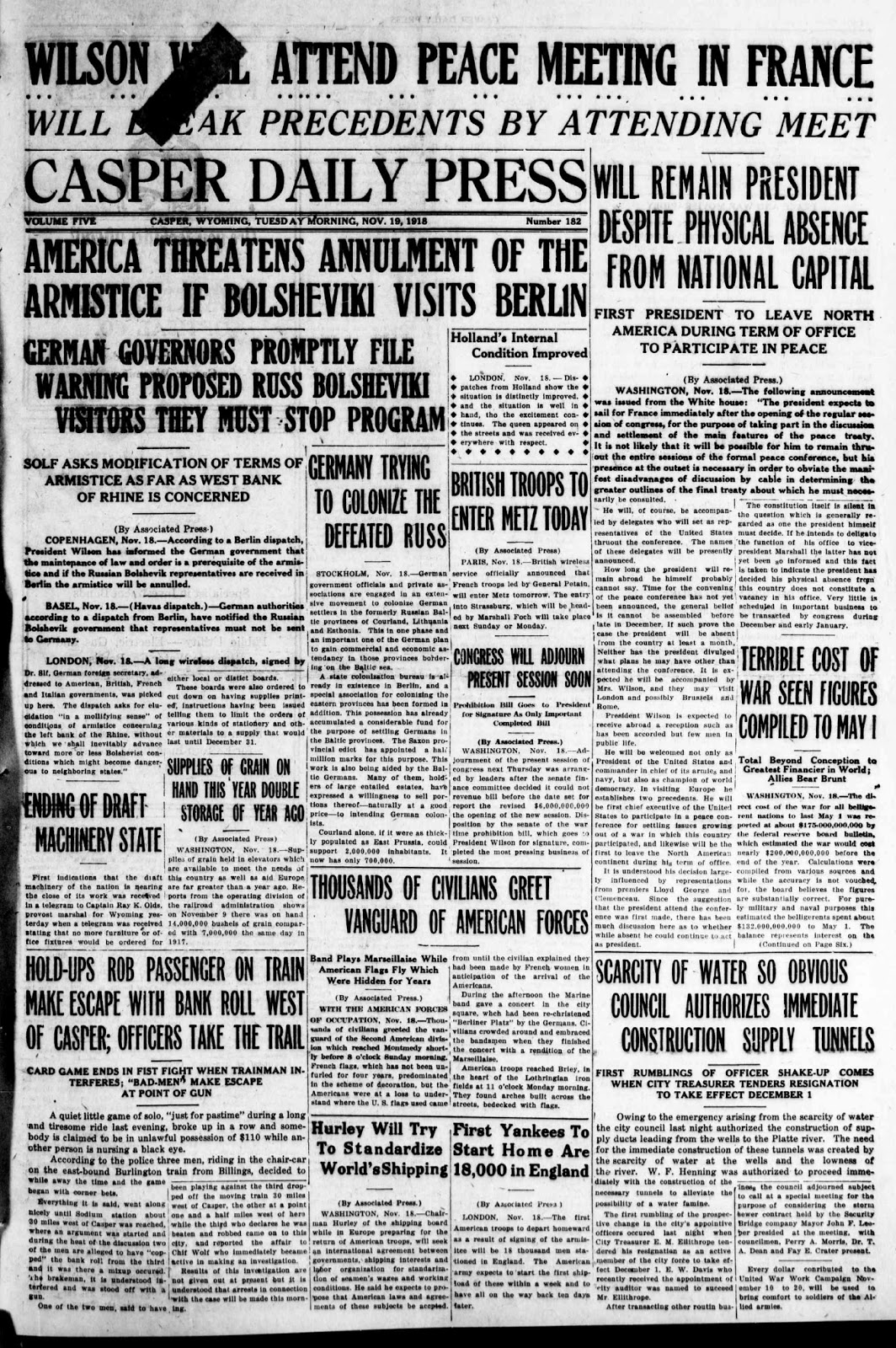 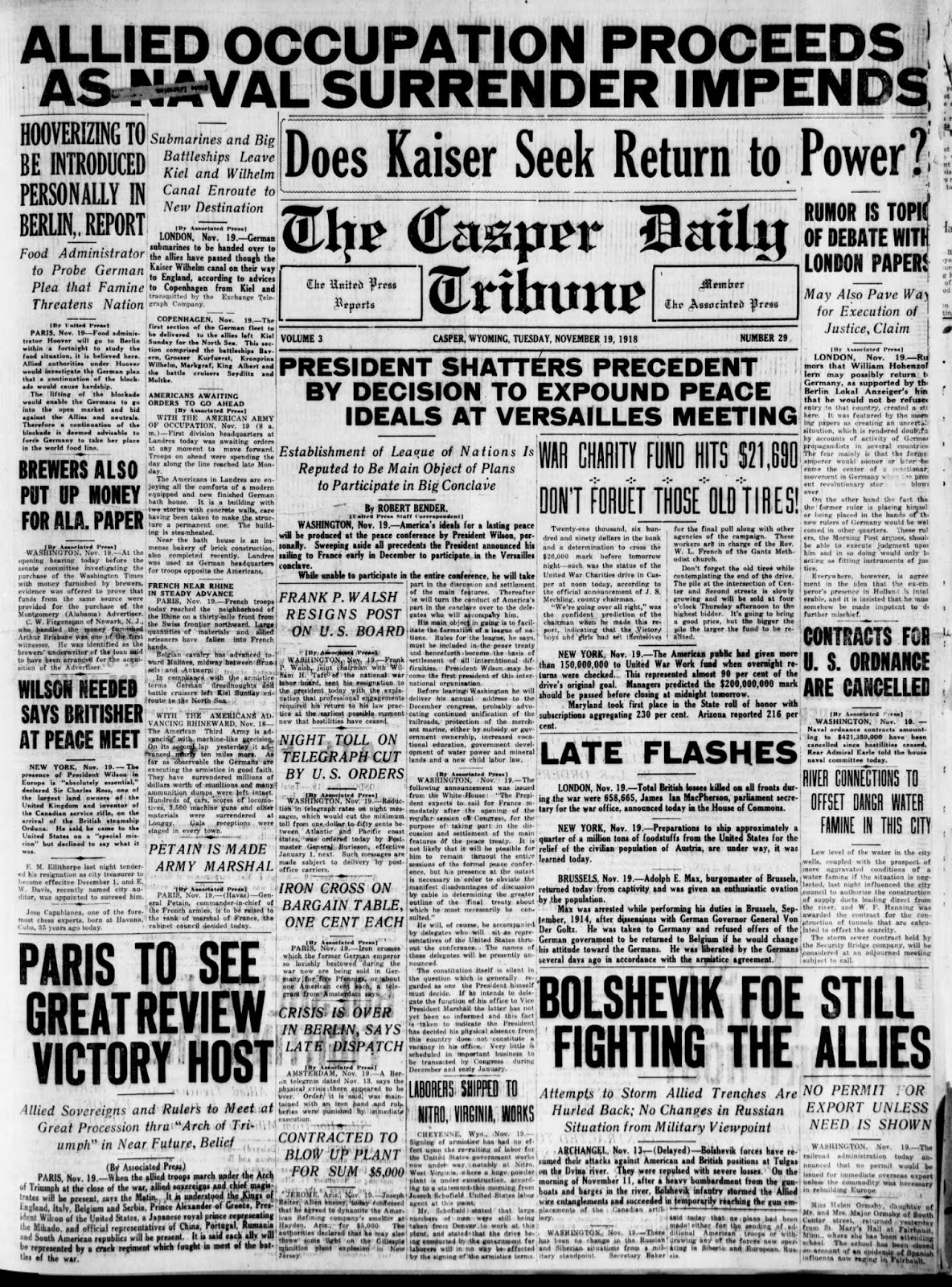 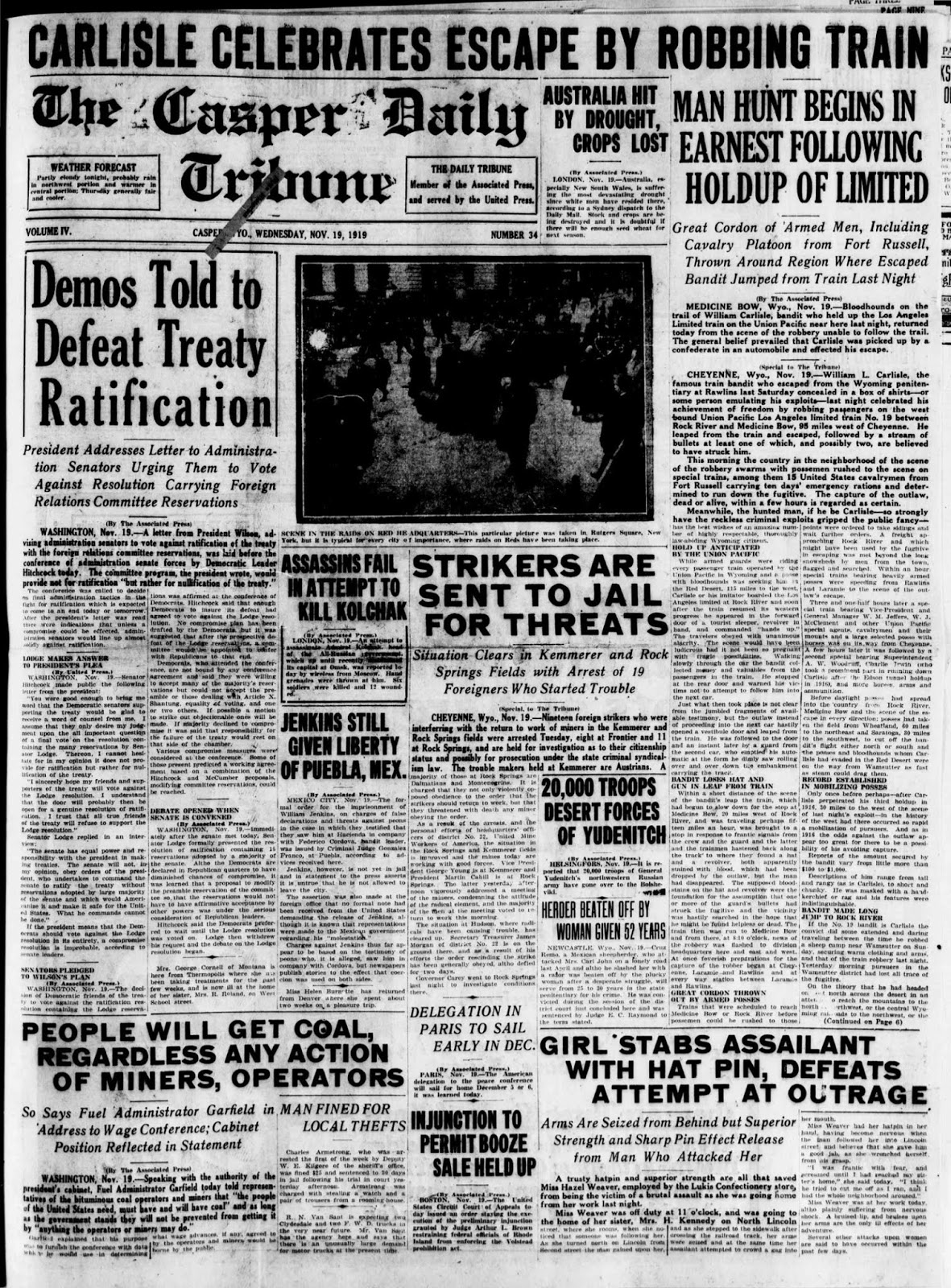 Robbing a train as soon as you escape the pen for robbing trains does seem like a pretty bad idea.  At least one paper wondered if it was actually him. 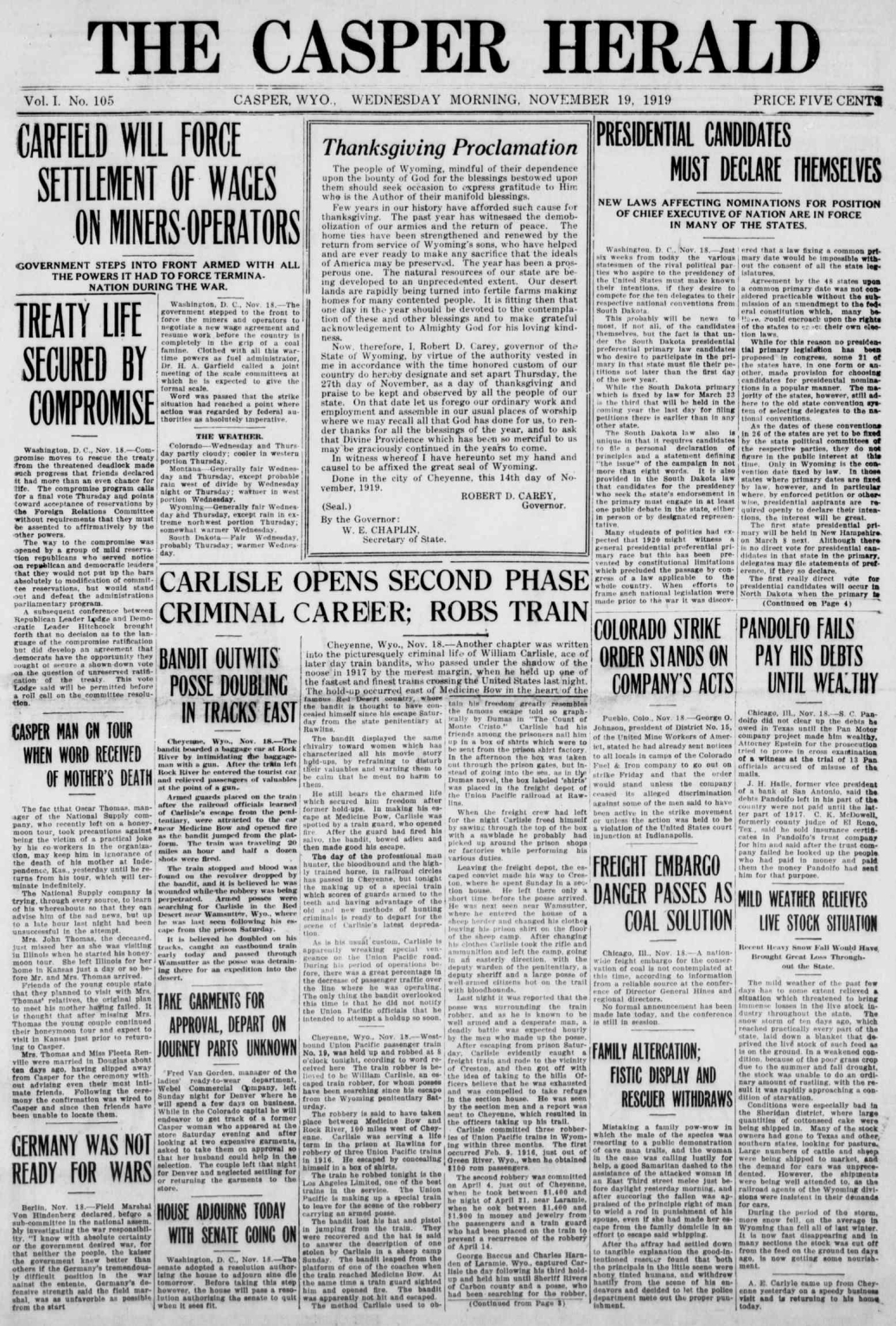 You have to wonder what Carlisle was thinking.  How did he plan on getting away with this? 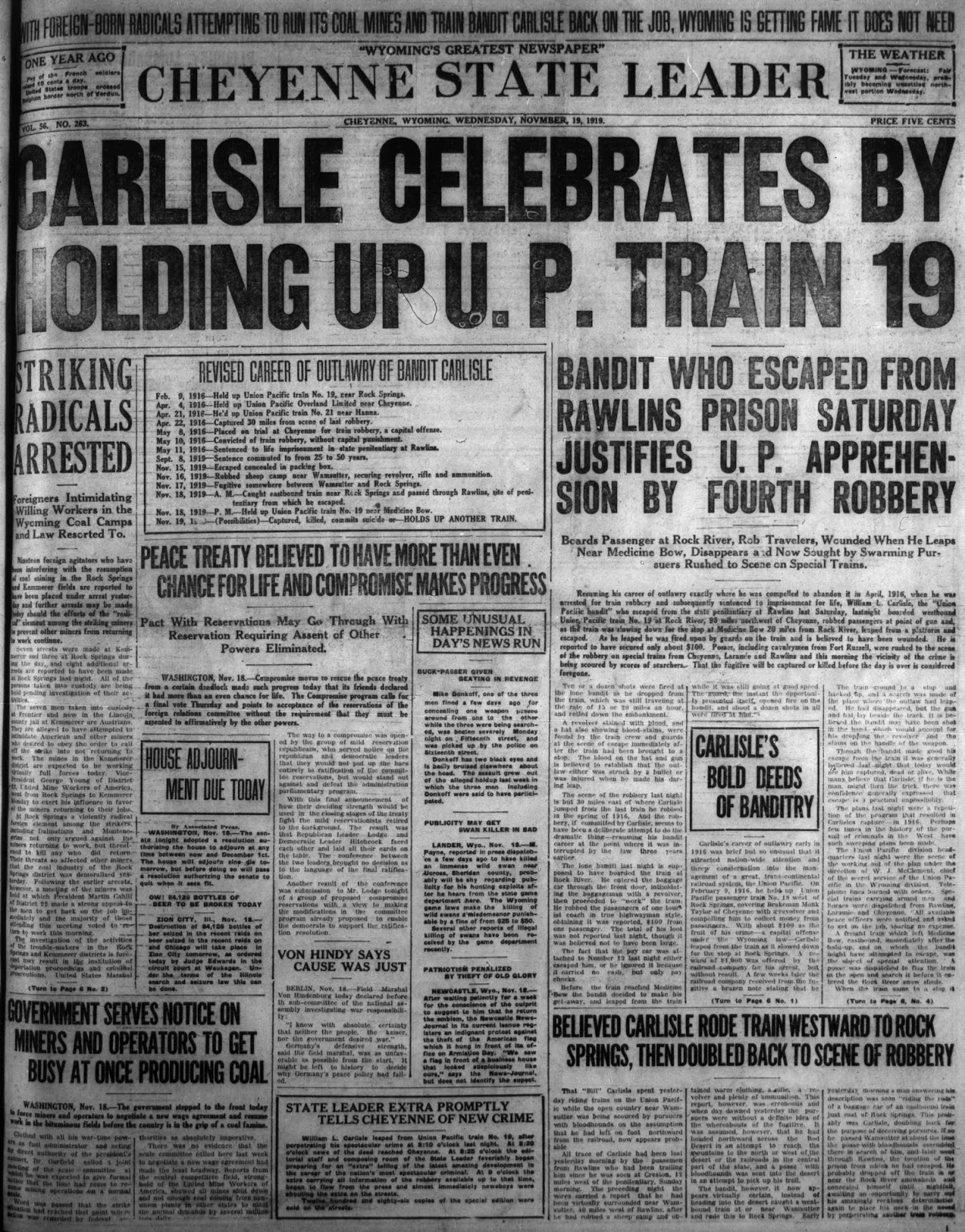 By this time, it was also clear that the proposed Versailles Peace Treaty was in real trouble in the U.S. Senate. 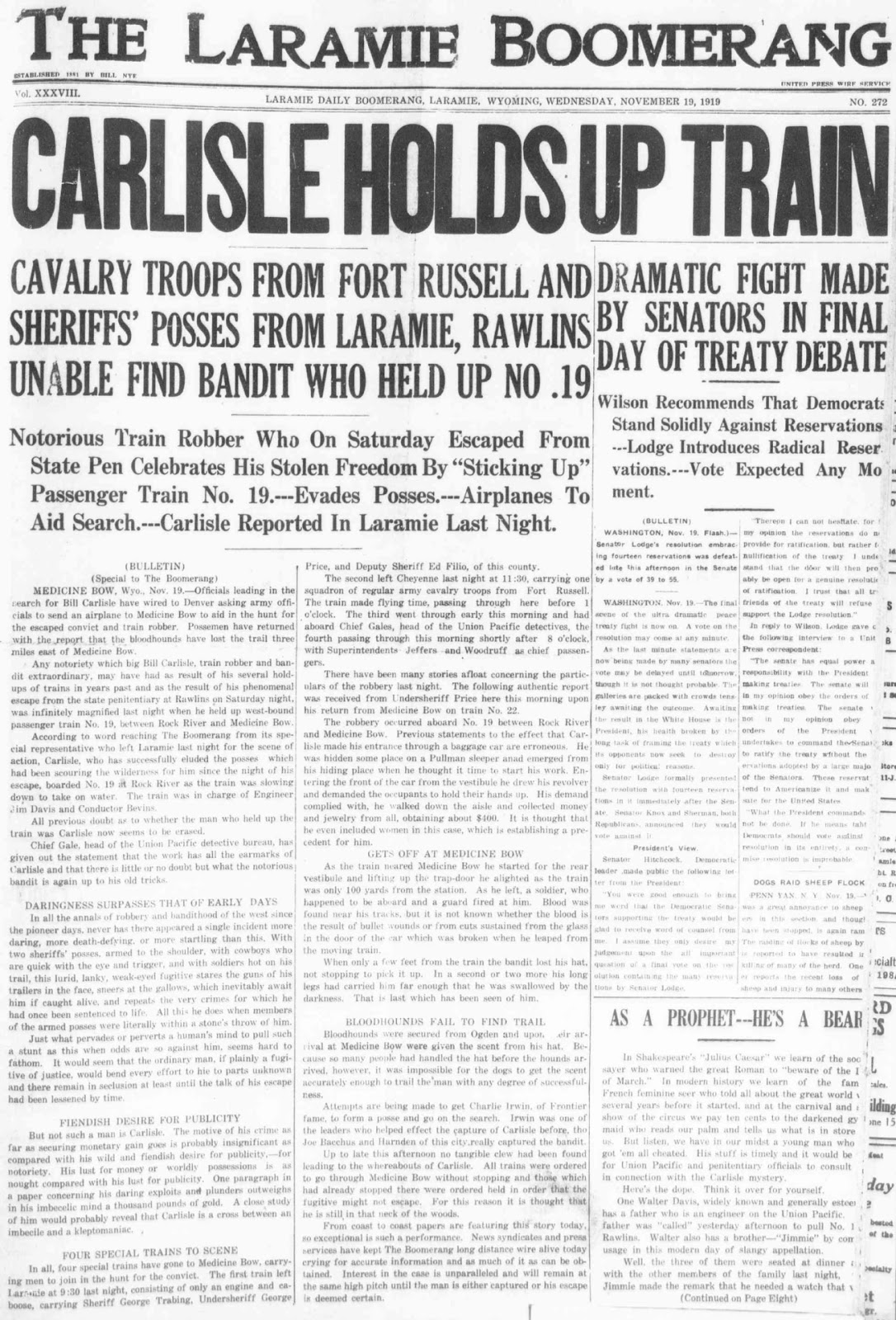 Indeed, it was in so much trouble that on this day in 1919, the Senate voted to reject the Treaty, with Republican opposition to the League of Nations being a major cause of that vote. 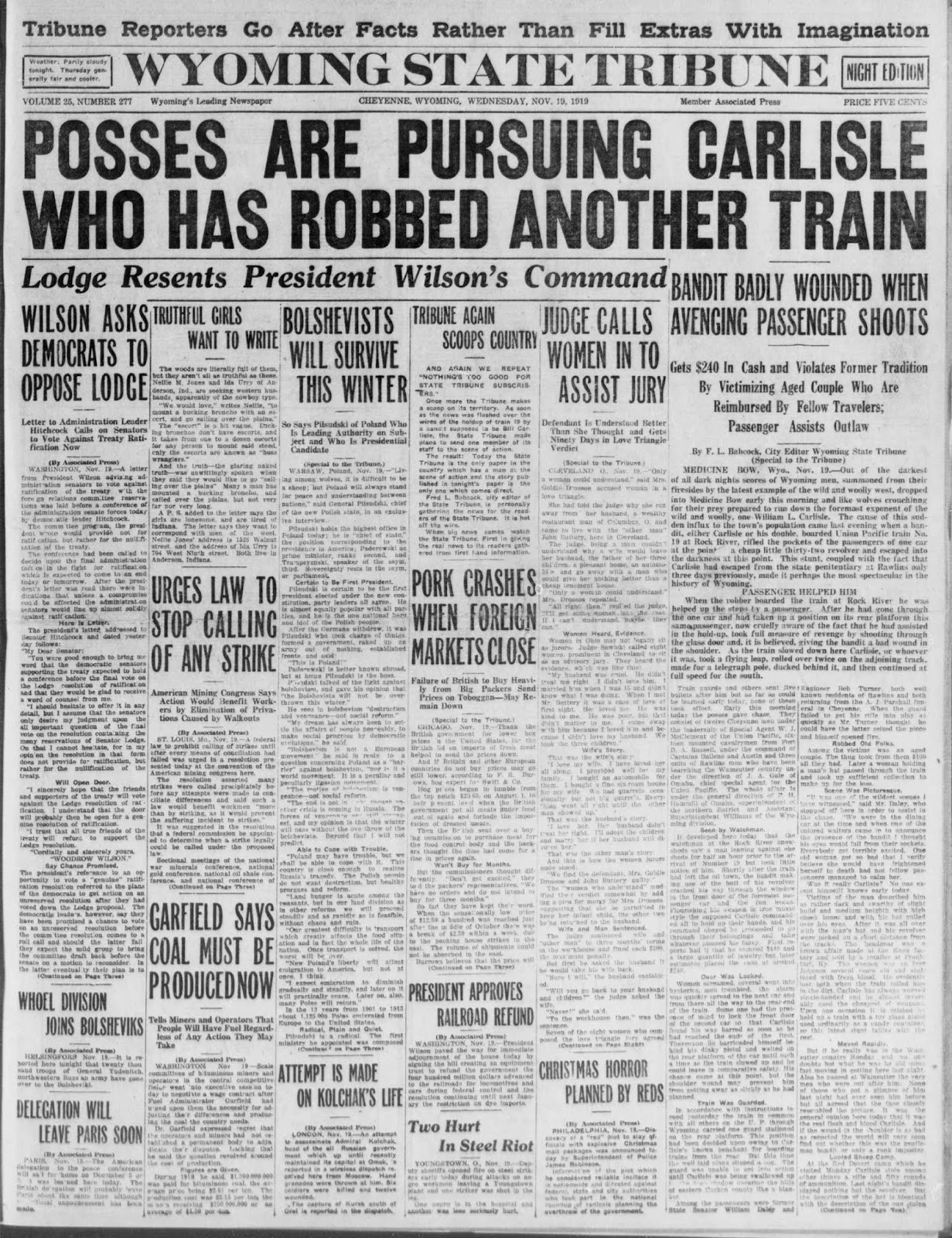 There would be a couple of more attempts, but the United States never did ratify the treaty, passing instead a peace treaty with Germany later that adopted much of it, but not all of it. The US would not join the League of Nations.

1980  Heaven's Gate, a widely panned at the time, highly expensive, cinematic interpretation of the Johnson  County War premiered.  The film has since gained some respect (I've never seen it) but it was not the success hoped for by its makers.

Almost every popular work based upon the Johnson County War is a serious failure in some regards, with almost all of them being simplistic in some fashion and failing nearly completely to understand the complexities of what they try to depict.  While I have not seen this film, and have no real interest in doing so, I would be very surprised if it was much different.

1986  Zane Dean Beadles of the Denver Broncos born in Casper.

2009   The Coe East wing at Wyoming University was officially dedicated.
Posted by Pat H at 5:56 AM