1887  The Wyoming Central Railway opened its line between Douglas and Glenrock, thereby extending its rail service to the state line.

1895  The Federal District Court, sitting in Cheyenne, held that the Treaty of 1868 exempted Indians from the State's game laws.  The decision would later be reversed.

1910  August Malchow defeated by Peter Jensen of Omaha, the "Battling Dane", in a fight at the Kirby Opera House in Sheridan.  See September 25 for more on Malchow. 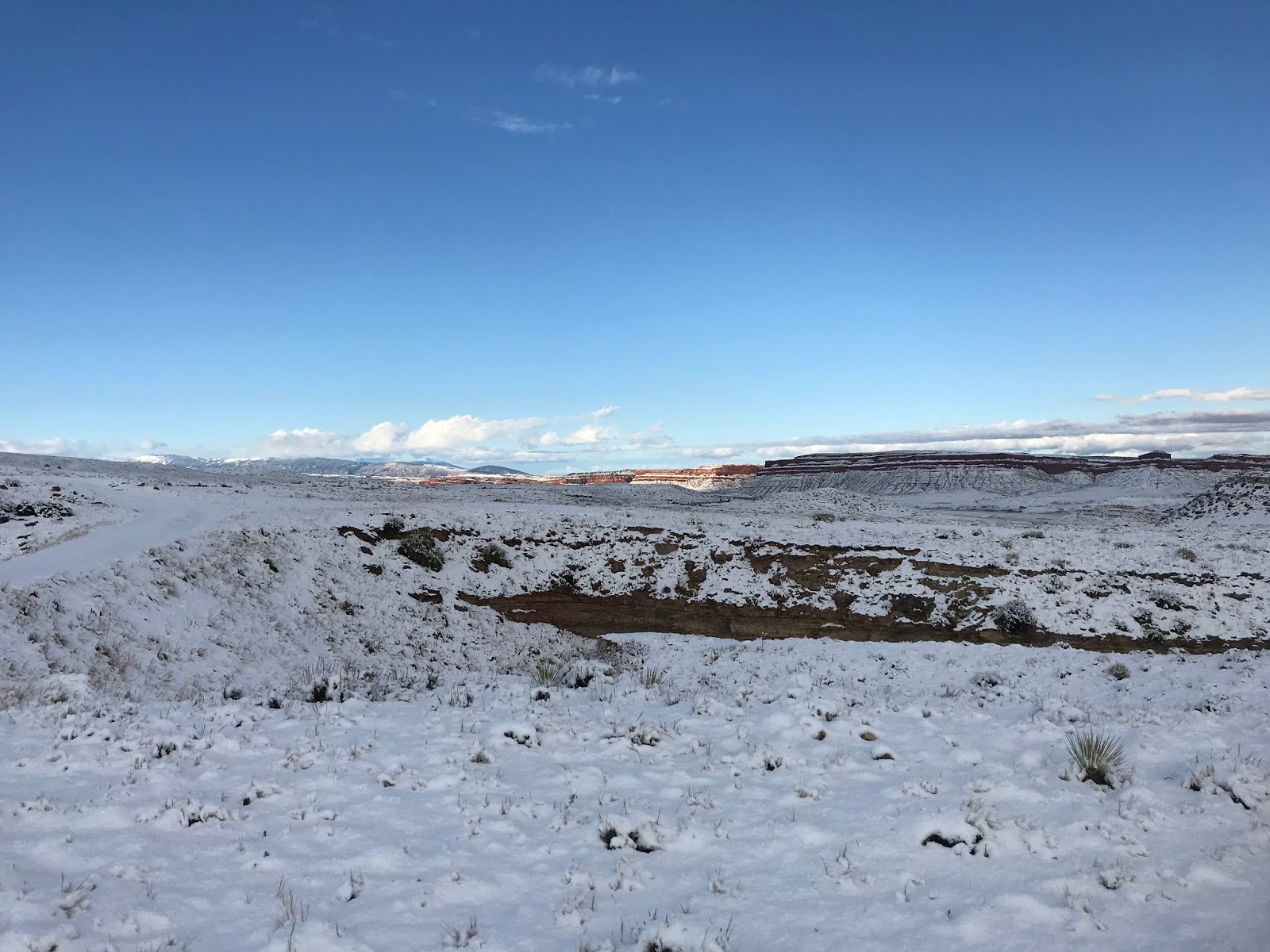 The Hole In the Wall Country, November 2019.

On this day in 1919, the newspapers were reporting that Bill Carlisle was headed for a location that was the archtype of destination for regional bands. . . some twenty years prior.

The Hole In the Wall. 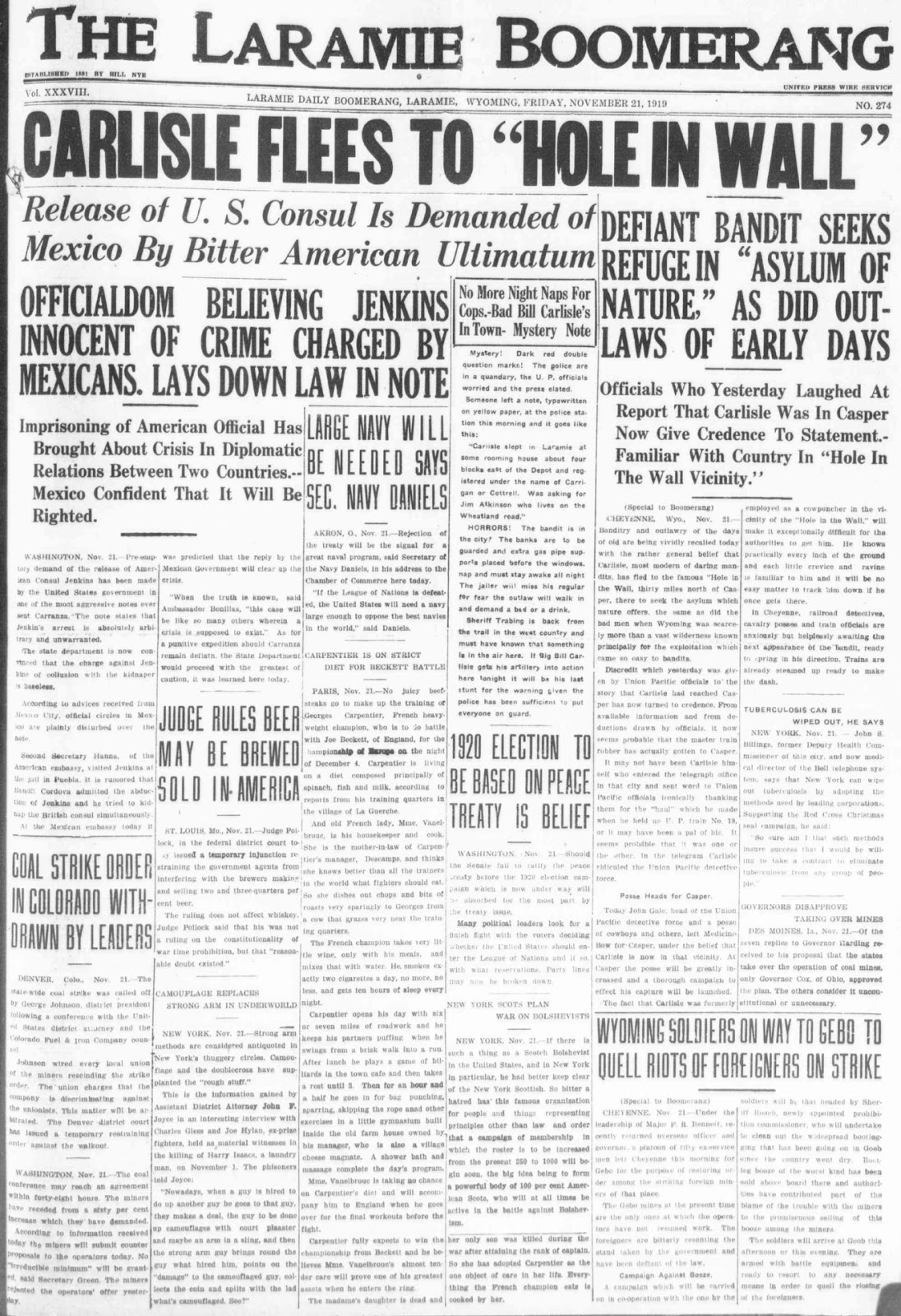 After all, where would a Wyoming train robber on the lam go, other than to the same place that Butch and Sundance had? 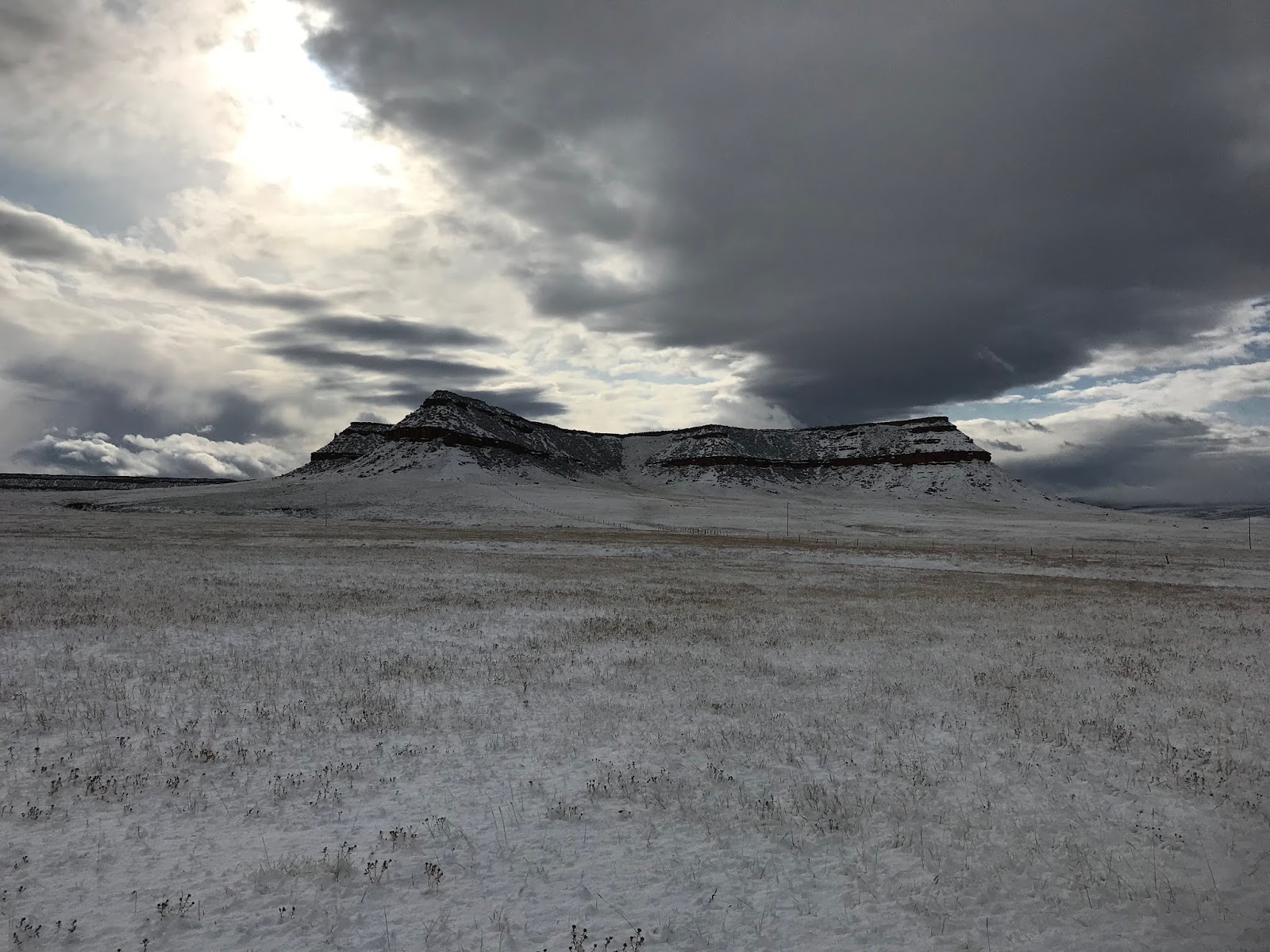 Well, it was a romantic notion.  Wyoming in 1919 wasn't the Wyoming of 1899, or even 1909, no matter how much the thought of a wild flight to the Hole In The Wall might have been fancied the imagination of a people for whom that region had been an impenetrable criminal fortress only a couple of decades prior. 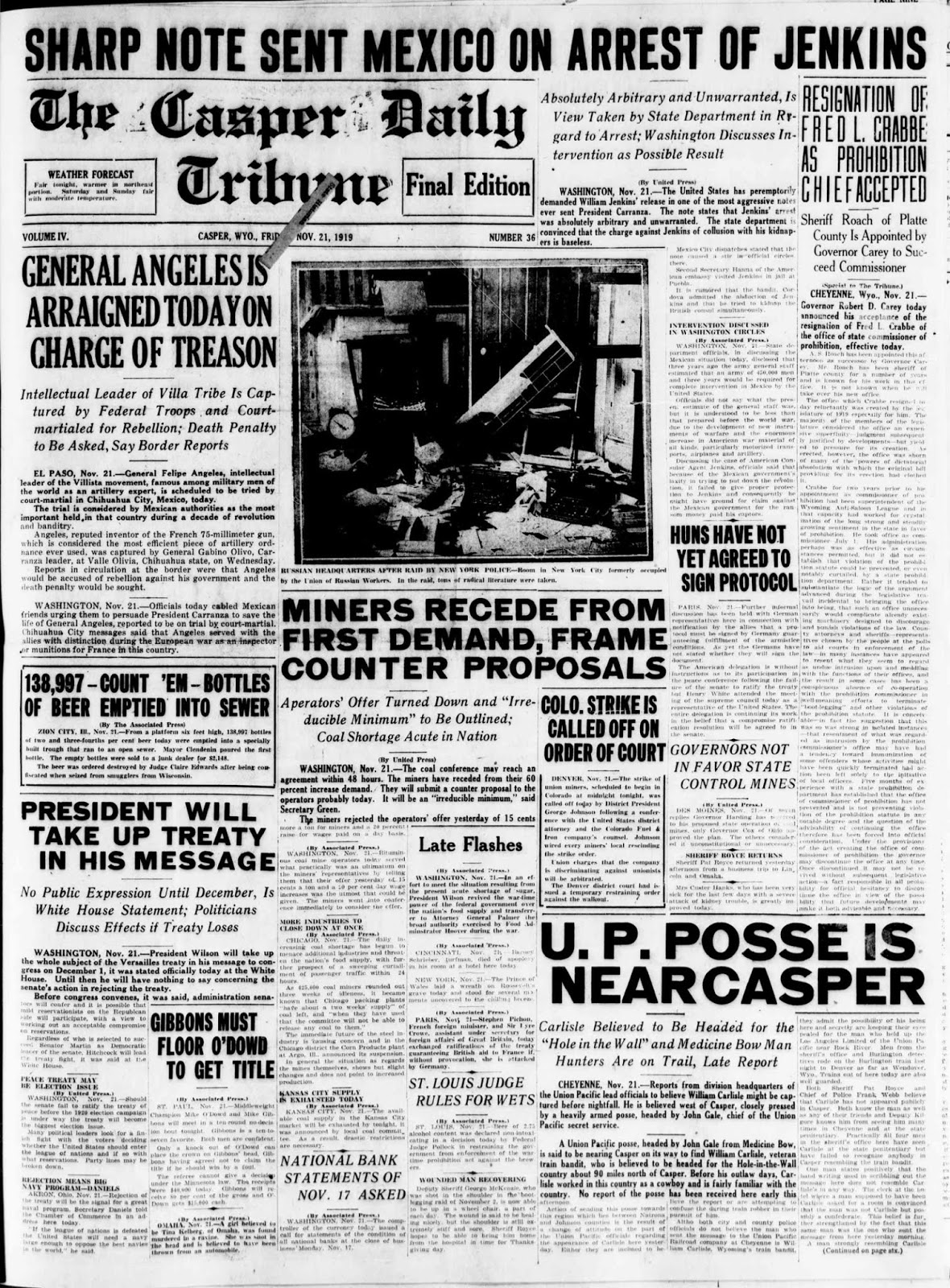 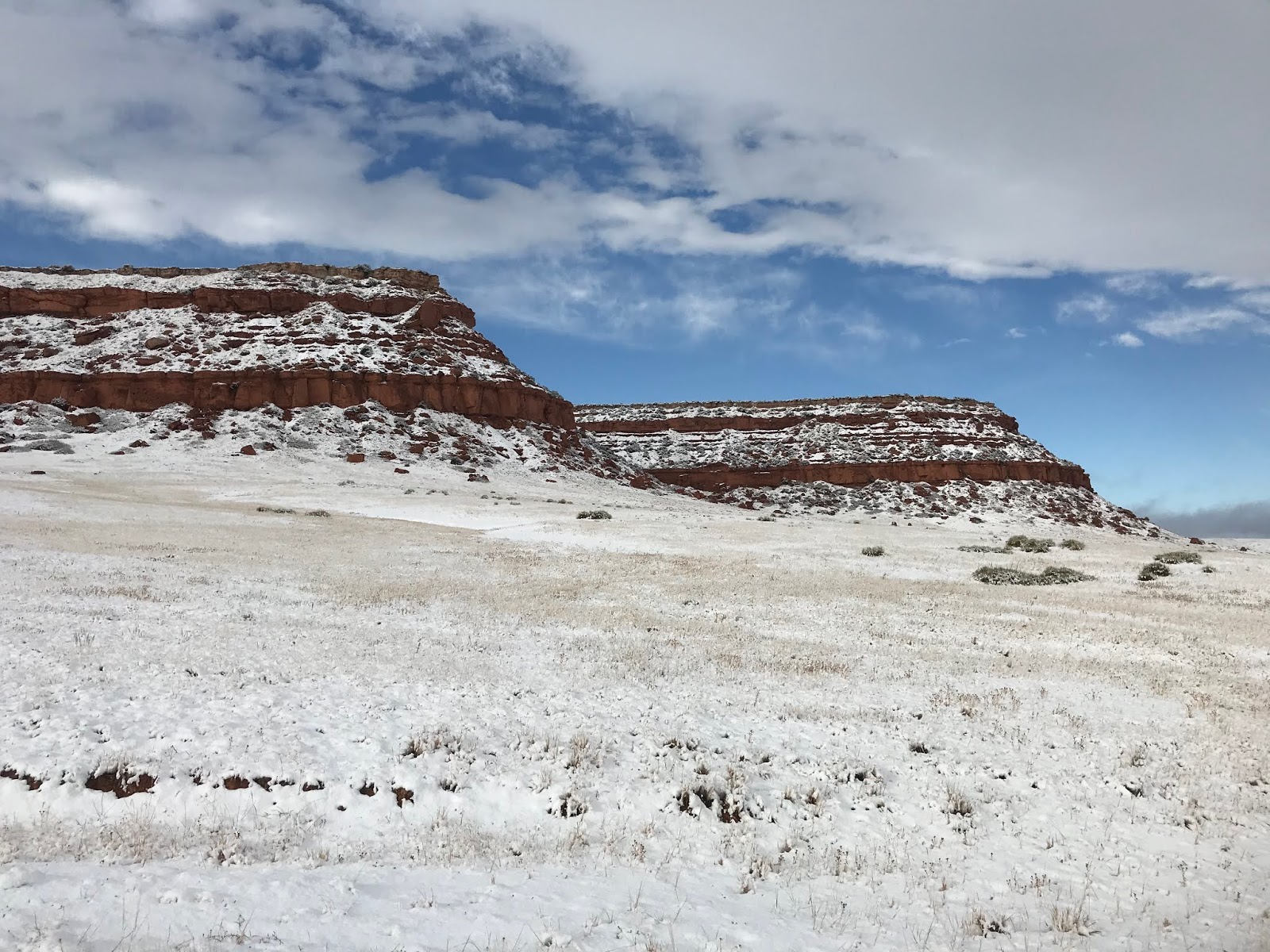 But by the same token, by 1919 the criminal sanctuary no longer was one. There was no more Hole In The Wall Gang.  Most of the former members of that group were dead, in prison, or reformed.  Following the Tipton train robbery by The Wild Bunch, the authorities were no longer willing to tolerate the lack of law enforcement that allowed it to continue to exist and were willing to expend the resources necessary to penetrate it.  Prior to that happening, the badmen dispersed. Some would return, and as late as the 00s, but they weren't hitting trains. 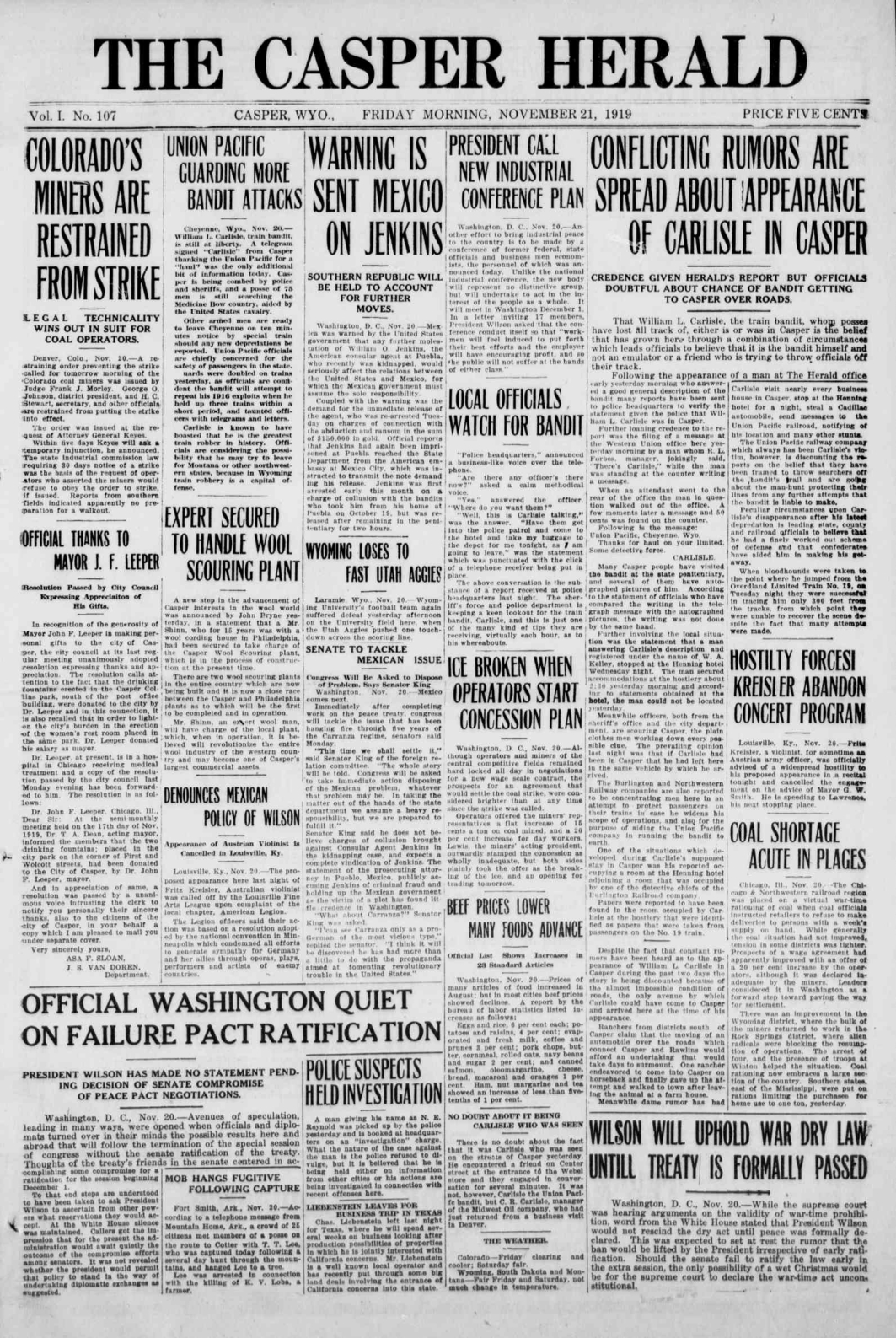 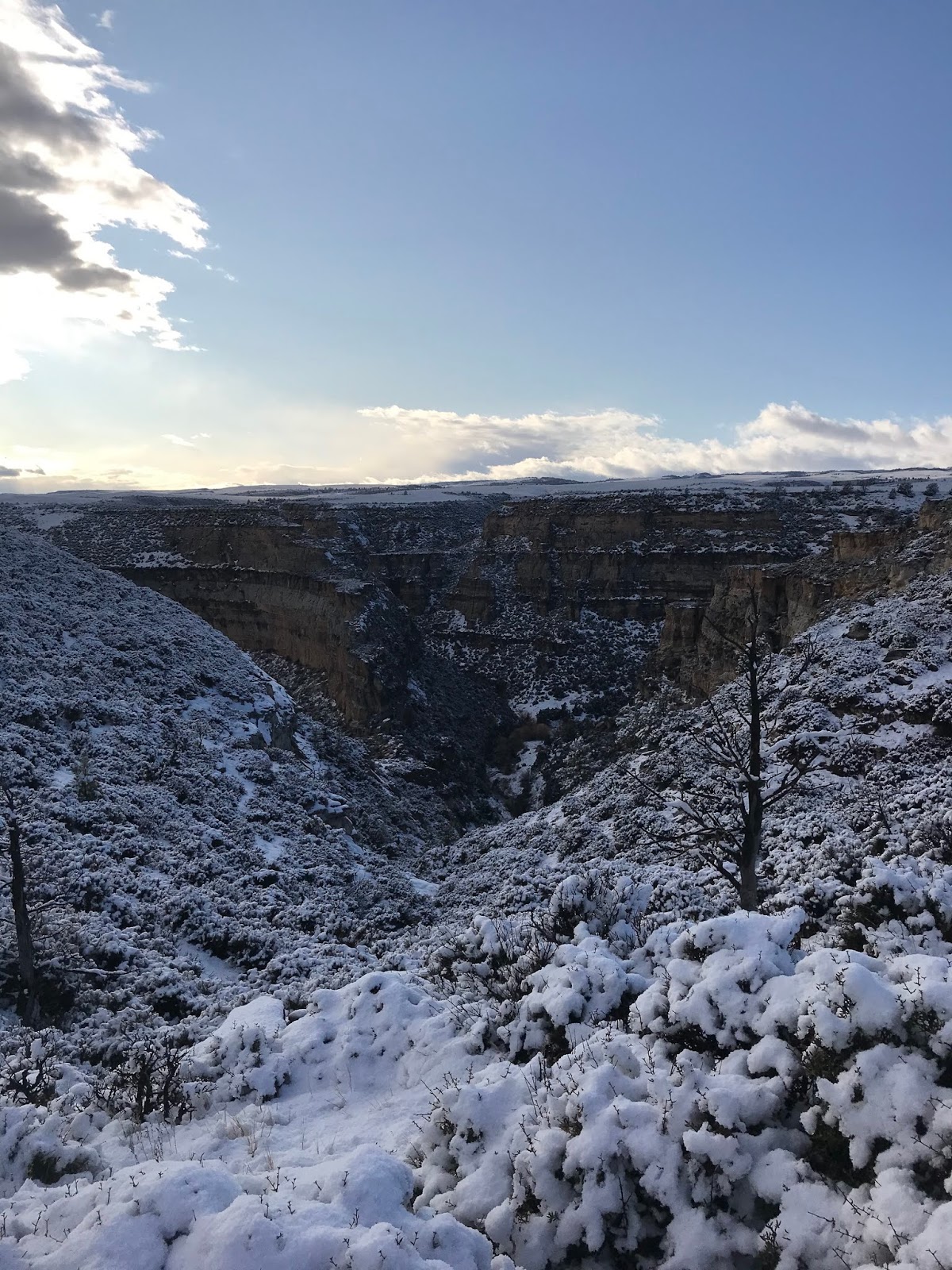 Indeed, part of the appeal of the Carlisle story is that he was already an anachronism, in his own time.  In 1919, the year after the Great War had ended, a war which had featured aircraft and submarines and mass violence on a mass scale, Carlisle was out on his own, in the vast countryside, raiding trains, badly. 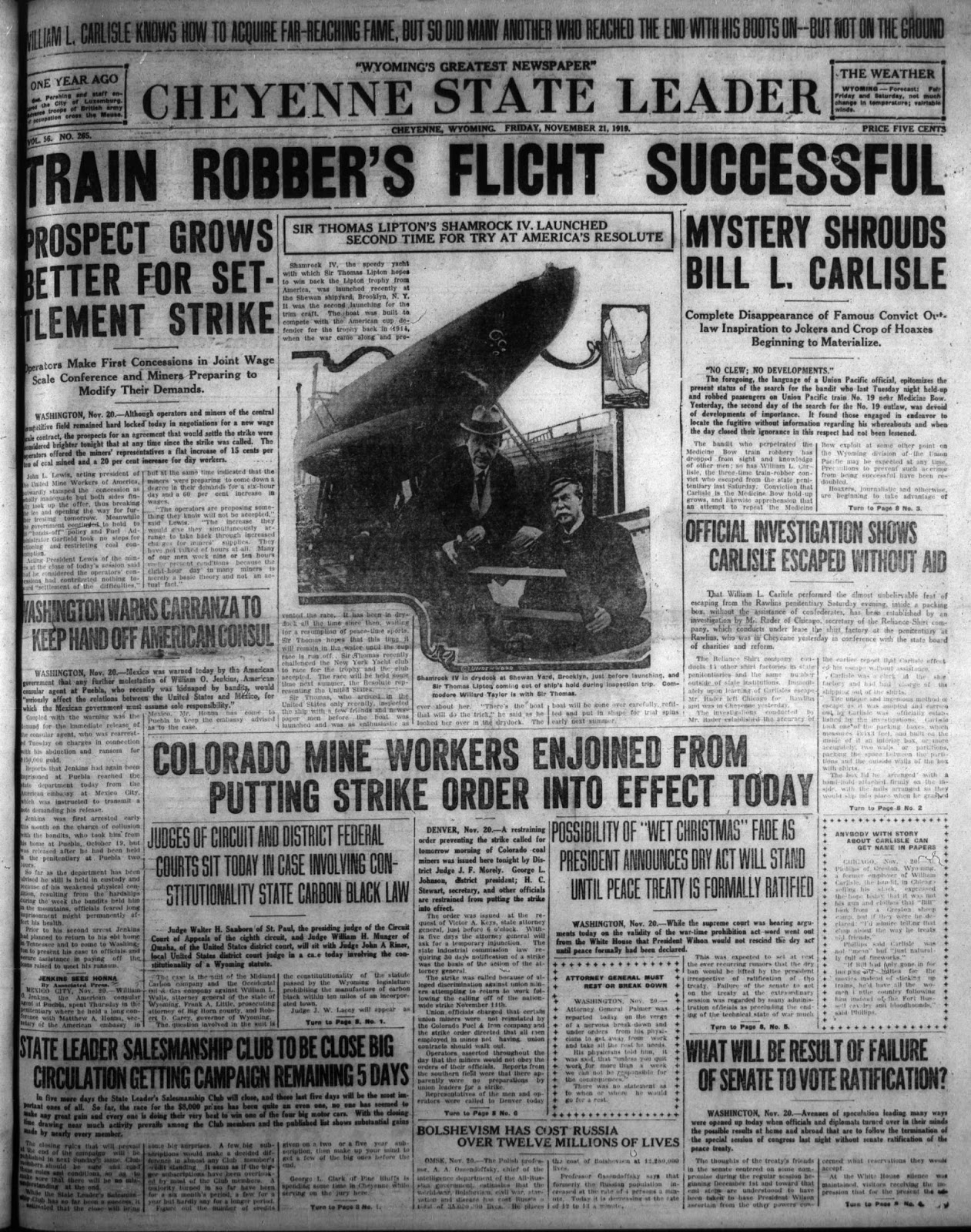 People were sort of rooting for him. 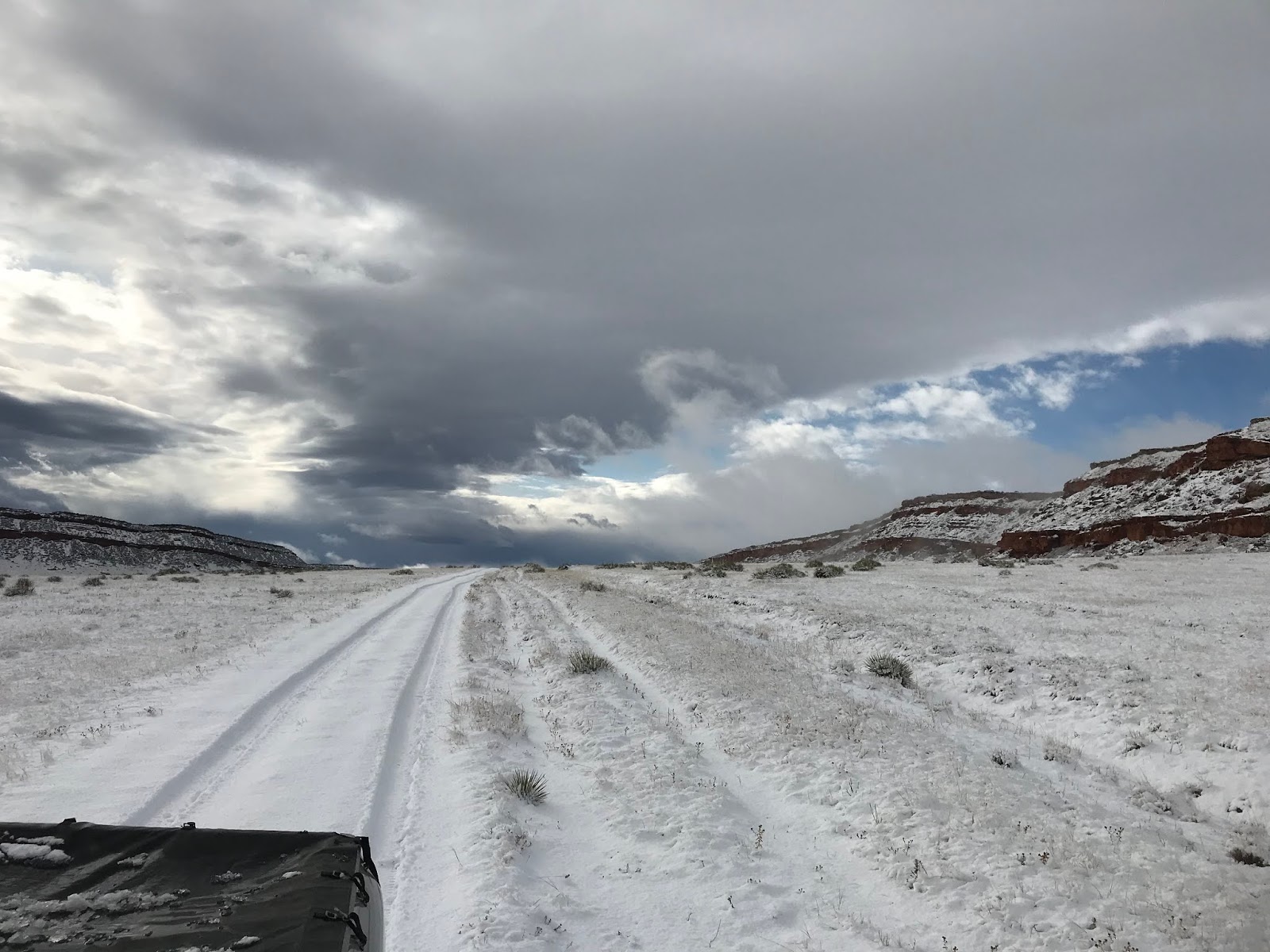 Even as they knew, he'd be caught. 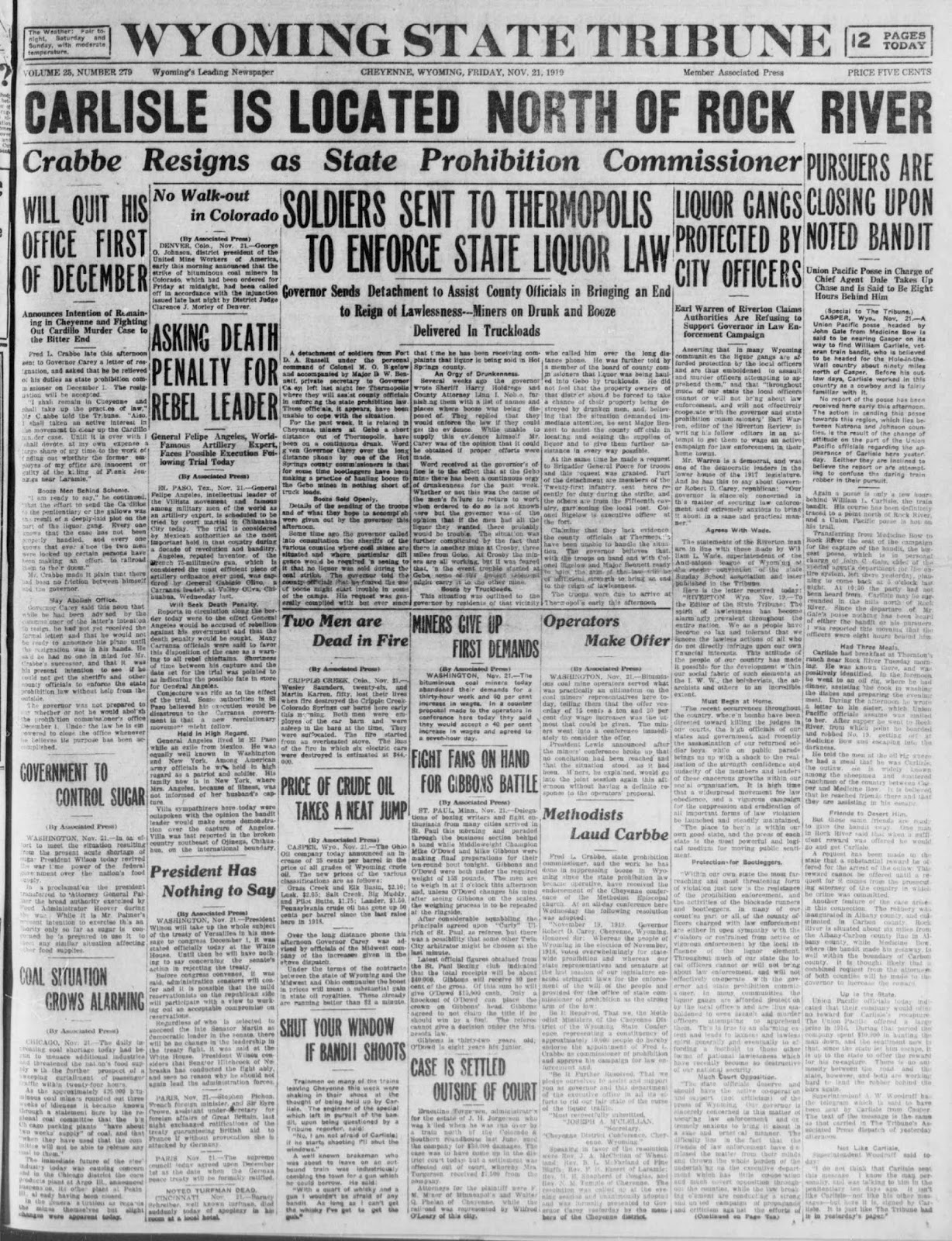 1957  The Department of Defense announced that F.E. Warren AFB would be the nation's first ICBM base.

1975  Dick Cheney assumes the position of White House Chief of Staff under Gerald Ford.
Posted by Pat H at 6:00 AM