1903  Colorado Gov. Peabody calls up the Colorado National Guard and sends them to Cripple Creek on strike breaking duty, one of the duties most detested by the National Guard of this era.

1914  The last of U.S. forces withdraw from Veracruz, occupied seven months earlier in response to the Tampico Affair.  The crisis in Mexico would continue, and spill over the border early the following year, an event which would cause the Federalization of the National Guard, including Wyoming's. 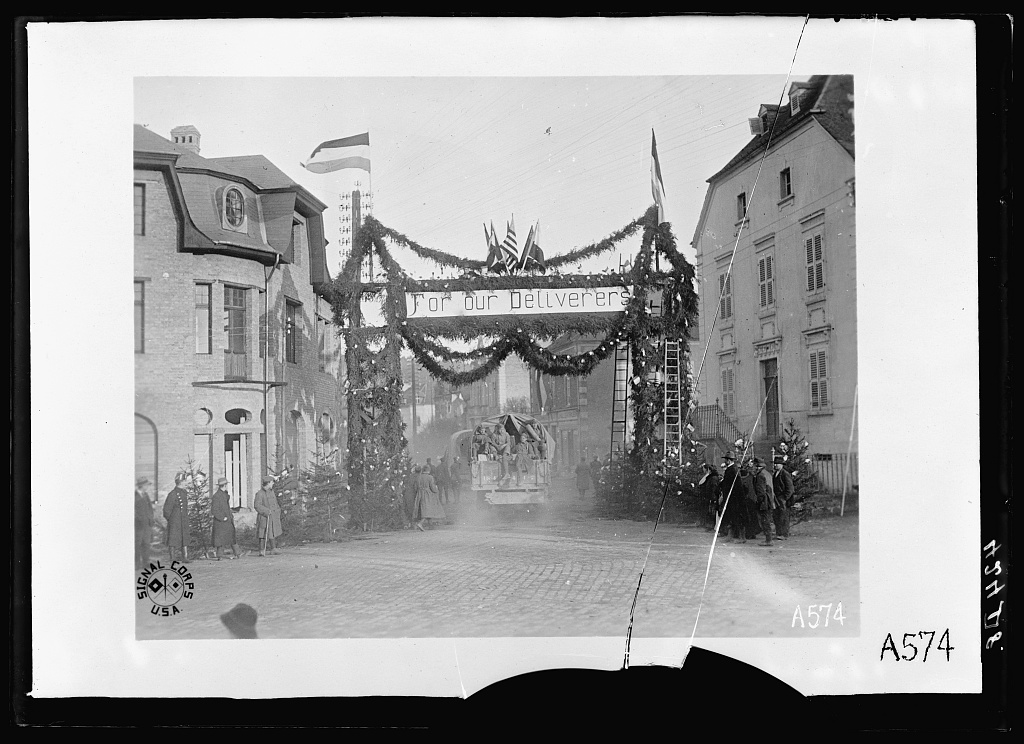 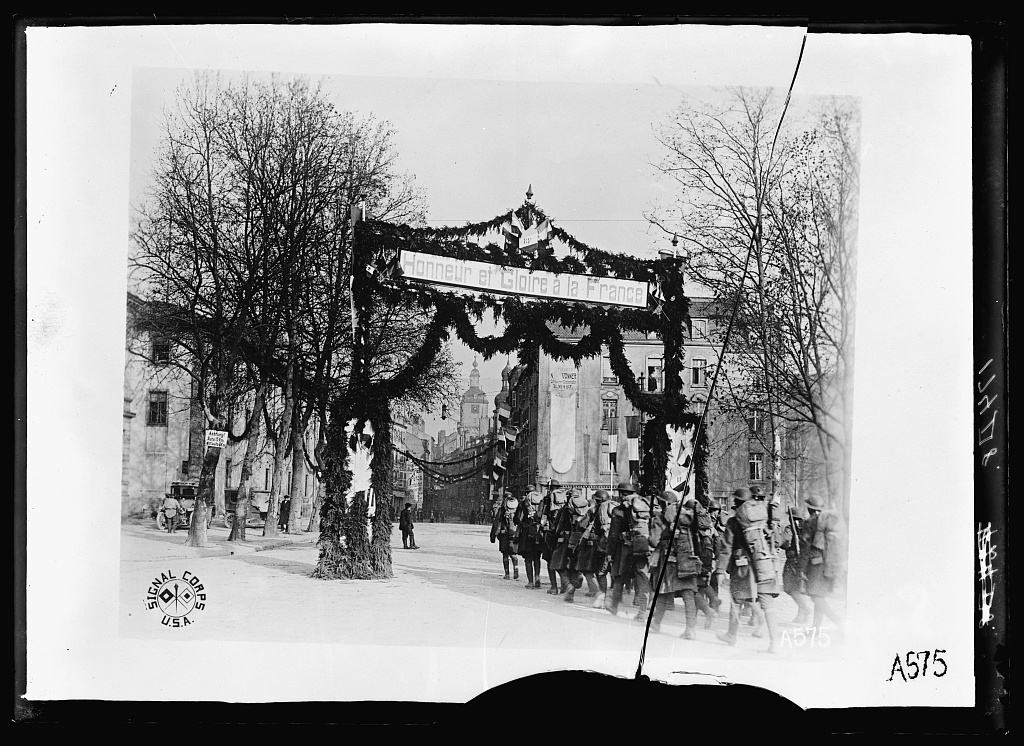 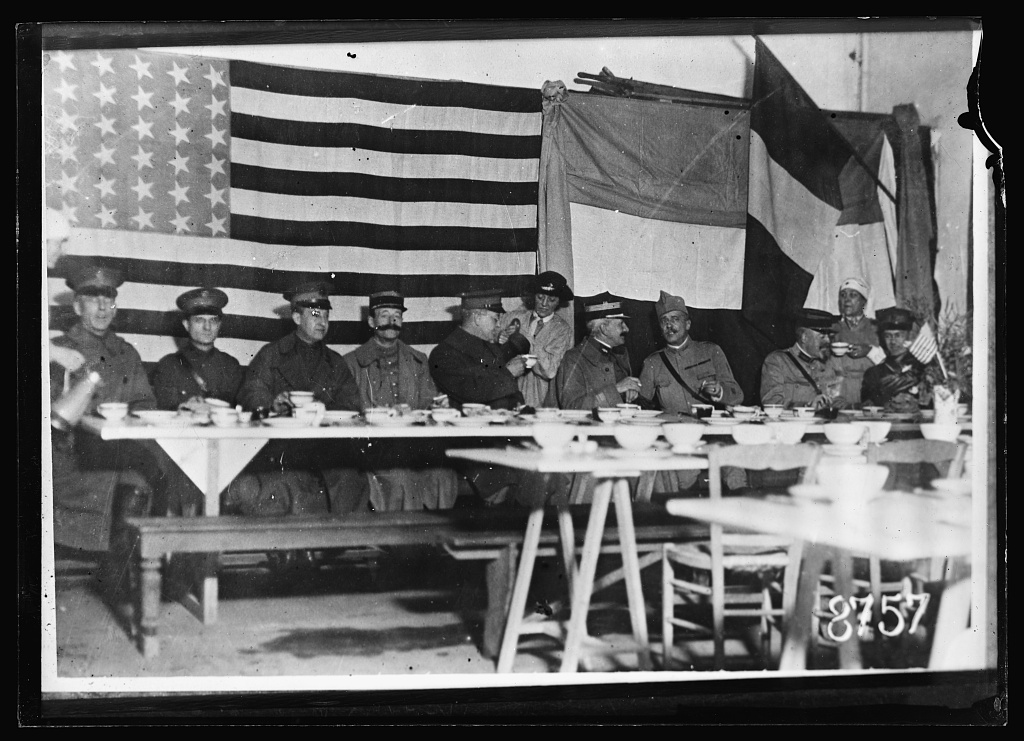 Opening of  an American Red Cross canteen in Paris. 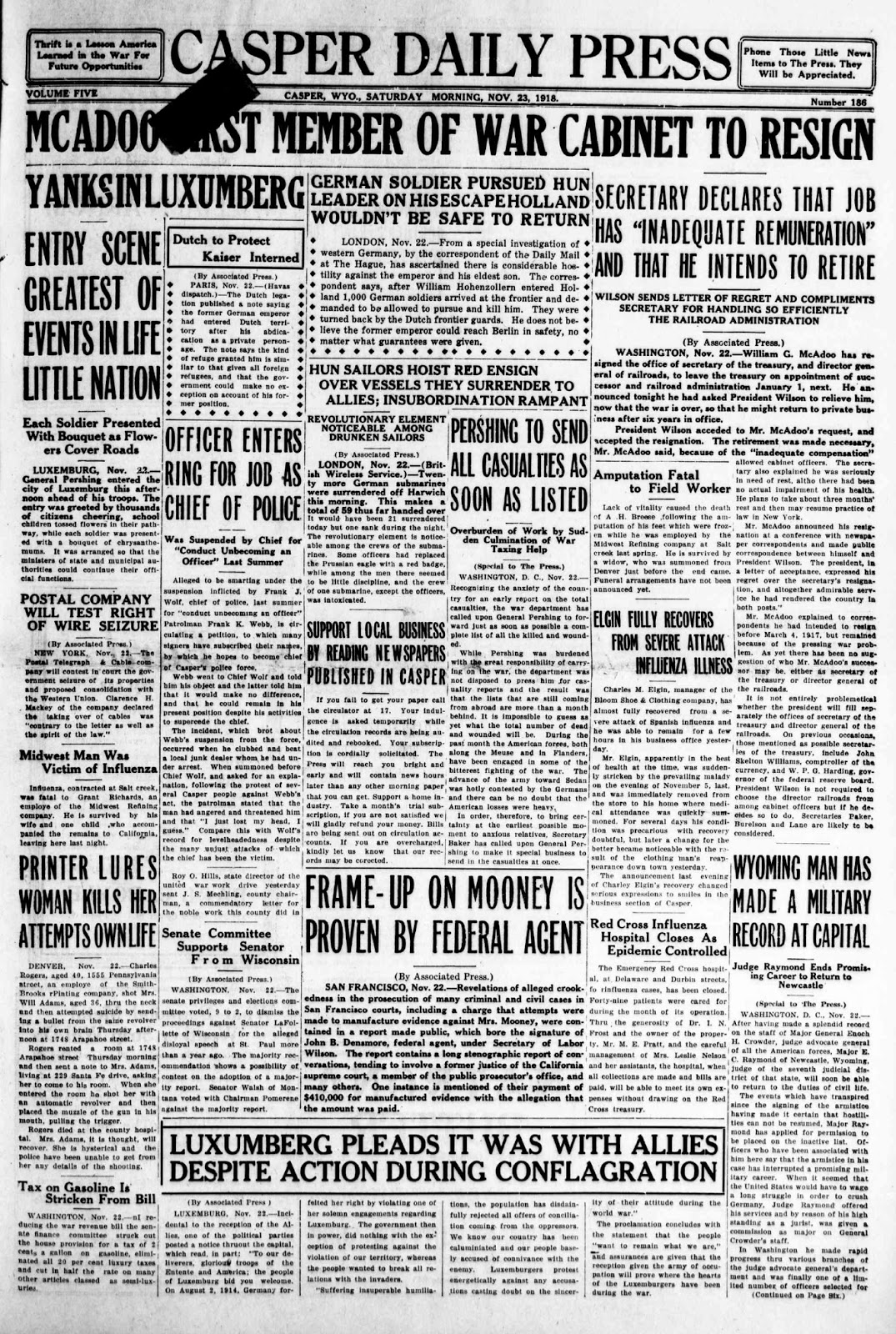 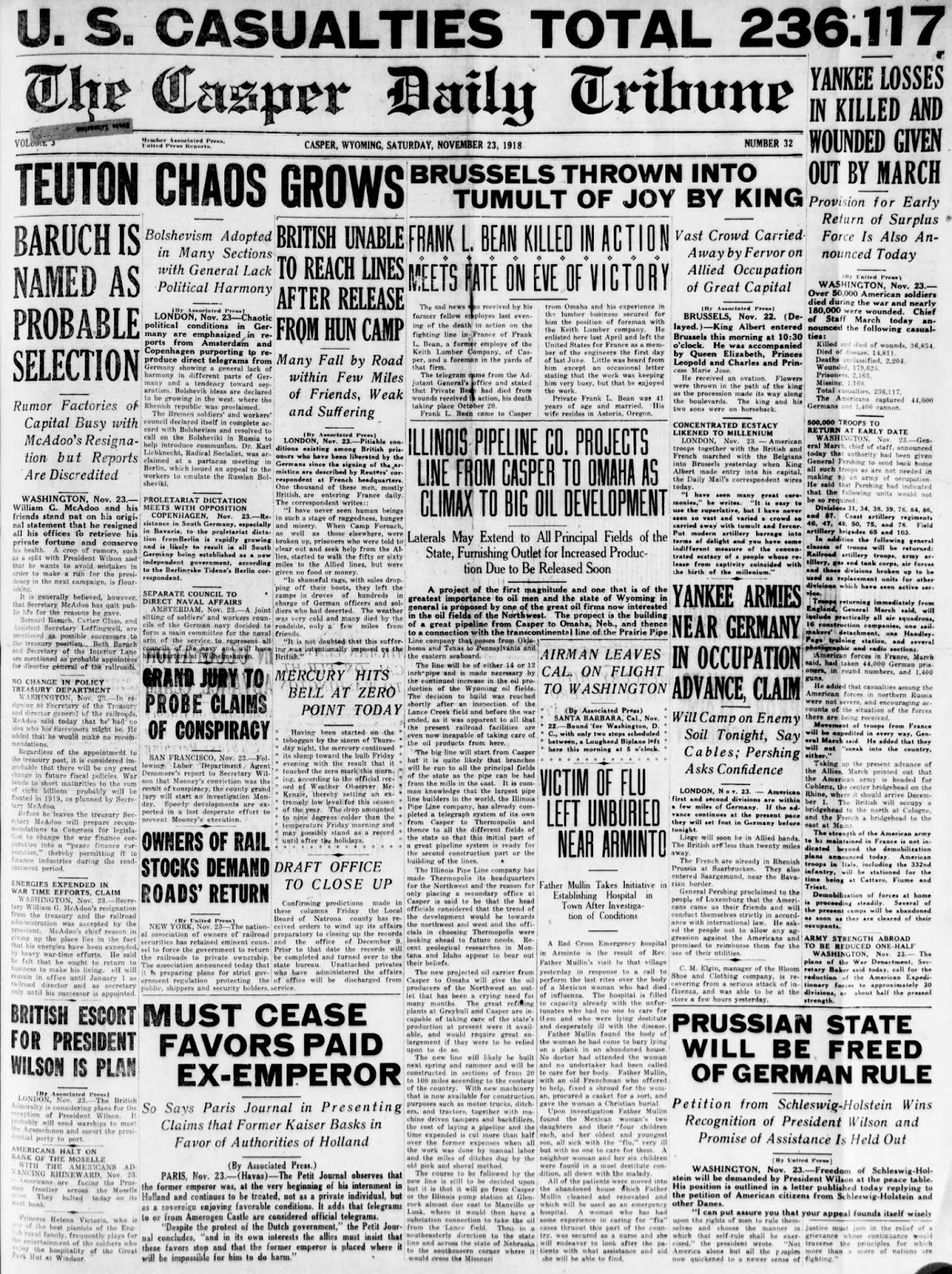 1925   The USS Wyoming commences an overhaul at the New York Navy Yard.

1936  Work began on Wheatland Reservoir #1.  Dam construction was a popular Depression Era activity across the Western United States not only because of the work it provided, and the benefit to agriculture, but because of a belief that projects of this type would help directly beneficially impact the climate.

1939  President Franklin Roosevelt carved the turkey at Warm Springs in the first of several Thanksgivings that were celebrated on two separate dates, this date being a week earlier than the traditional date. It had been moved up to increase the shopping time between Thanksgiving and Christmas in the hopes of boosting sales during the Depression.  The move was unpopular and Congress restored the traditional date in 1941.

1947   The southwestern portion of Montana was struck by a magnitude 6 1/4 earthquake whcih was also felt in northwestern Wyoming.

2000 Buffalo records its coldest Thanksgiving Day Temperature, 12F.  It's been colder than that this year (2011), so perhaps we'll break the record.
Posted by Pat H at 6:03 AM