1848  John Fremont moved out from near Westport, Missouri, on his fourth Western expedition.

1867  Ft. Caspar, Wyoming abandoned.  It would be subsequently burned by the Indians. Attribution:  On This Day.

1915  US recognized General Venustiano Carranza as the president of Mexico, and imposed an embargo on the shipment of arms to all Mexican territories except those controlled by Carranza.  Ironically, Carranza, who was a strongly leftist political theorist, held the US in disdain.

1918  Countdown on the Great War: October 19, 1918. Empires and monarchies of all types continue to fall apart, the Allies continue to advance, the German Navy continues to sink ships, and the Flu remains uncontained.

1. The Allies captured Bruges, Courtrai, and Zeebrugge, Belgium.  In the process, 12,000 Germans surrendered.  The Belgian Army engaged in the last cavalry charge of World War One when the Guides Regiment successfully charged at the Burkel Forest.

2.  The Portuguese sailing ship Aida sunk by a German U-boat. The British ships Almerian and the HMS Plumpton struck mines, sinking the Almerian and damaging the Plumpton. The German submarine UB-123 also hit a mine in the North Sea and went down with all hands.

3. The West Ukrainian People's Republic was established in the Ukrainian provinces of the Austro Hungarian Empire.

4.  A flu hospital was established in Casper. 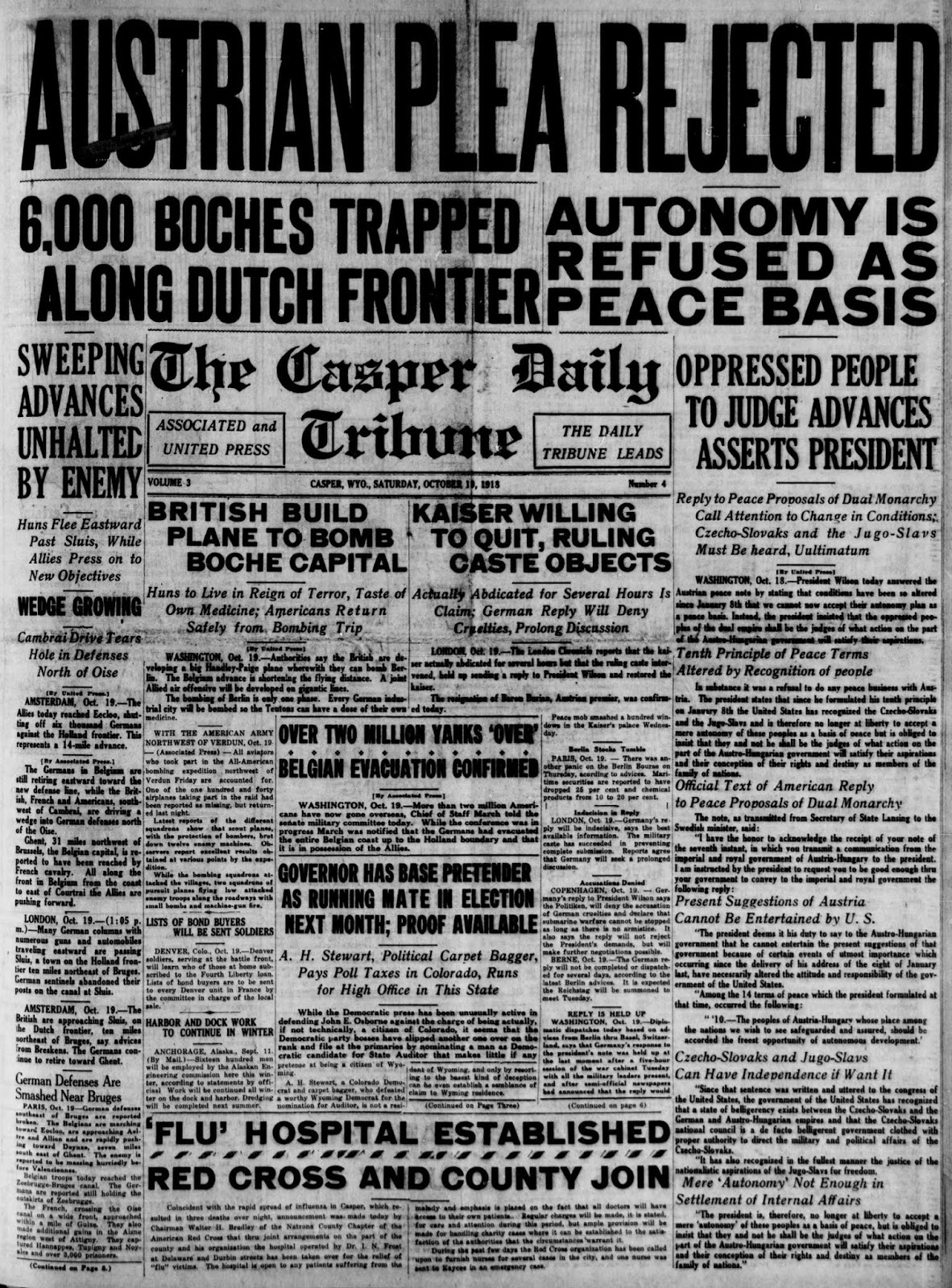 5.  Old allegiances of all types were seemingly being modified everywhere.  Icelanders voted overwhelmingly for becoming a separate kingdom with the Danish king as their sovereign.