1759  Comanches ( branch of the Shoshone tribe), Yaceales, and Tawakonis, defeated a Spanish force under Diego Ortiz Parilla on the Red River in Texas.  As previously noted, part of Wyoming was in the Spanish, and then Mexican, colonial administration that became Texas.  Attribution:  On This Day.

1857  Ft. Bridger torched by Mormon forces during the Mormon War.  Attribution:  On This Day.

1885  Those arrested for the Rock Springs riots were released. 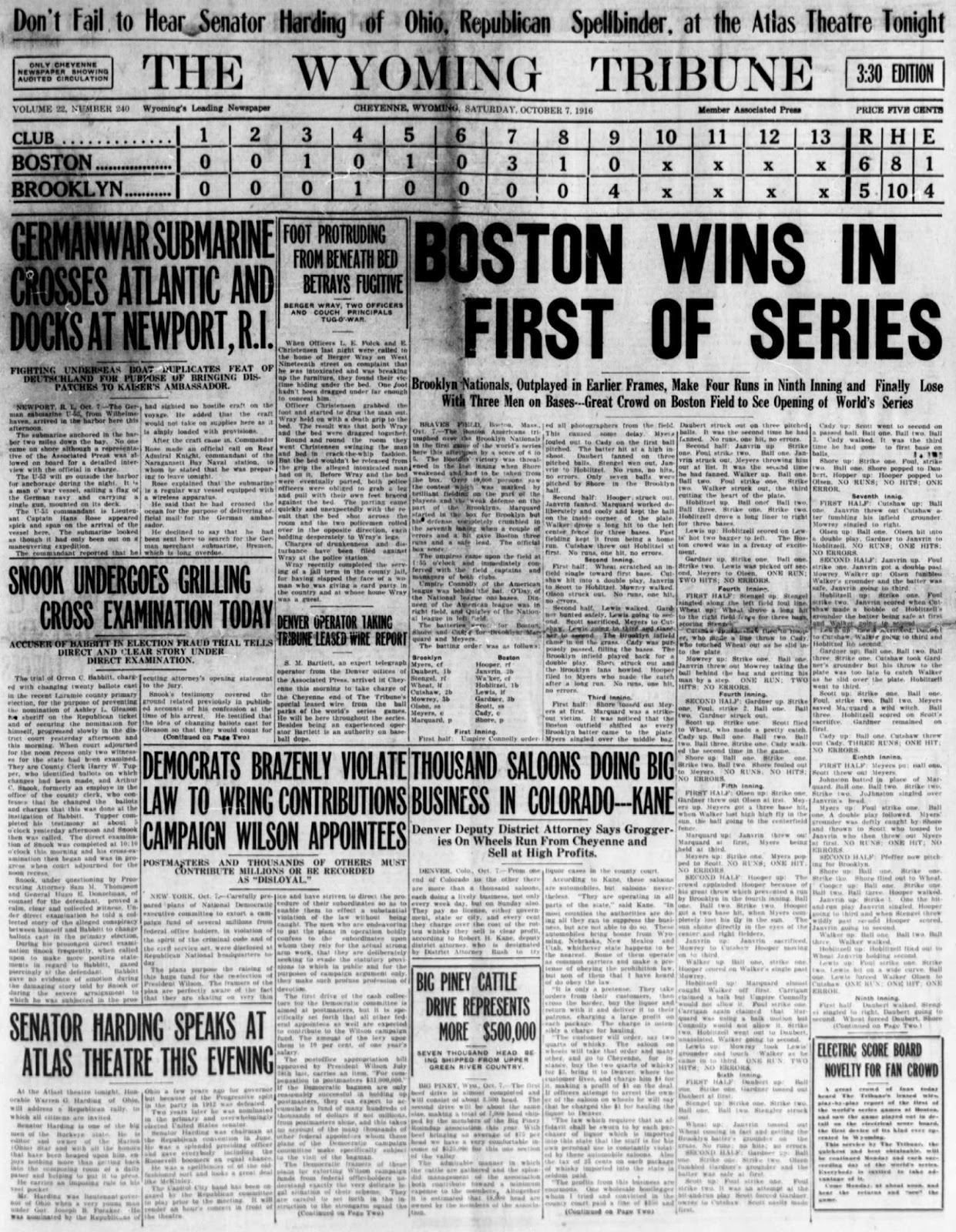 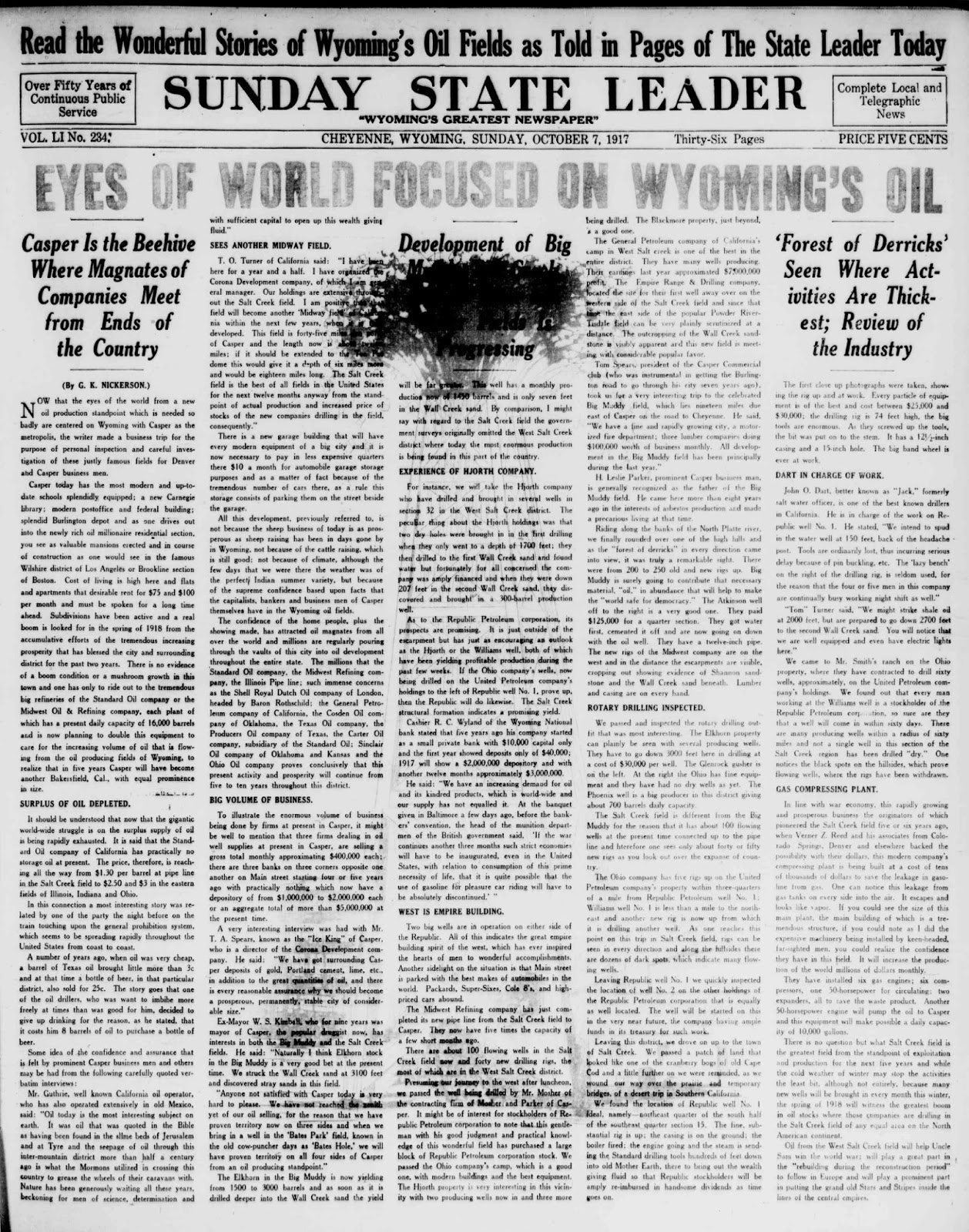 Cheyenne turned its focus to central Wyoming oil.  The issue speaks for itself, and foreshadowed the future at that. 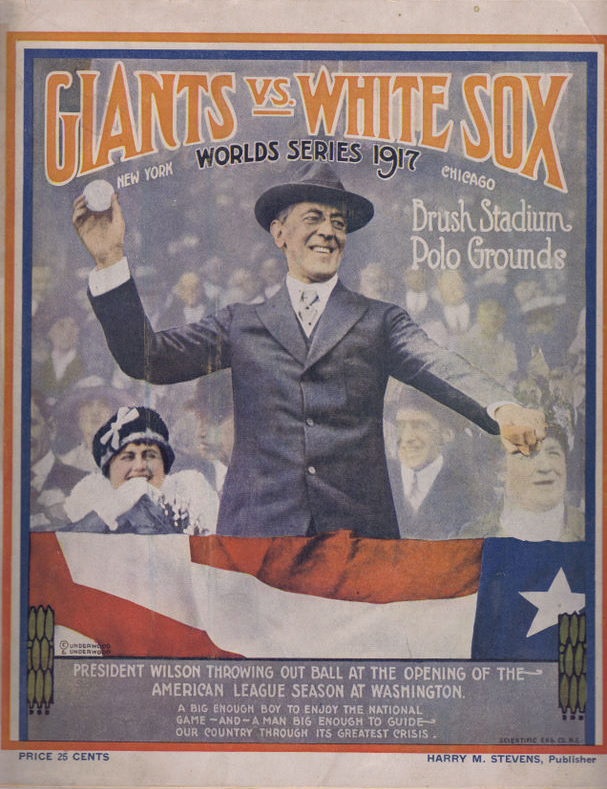 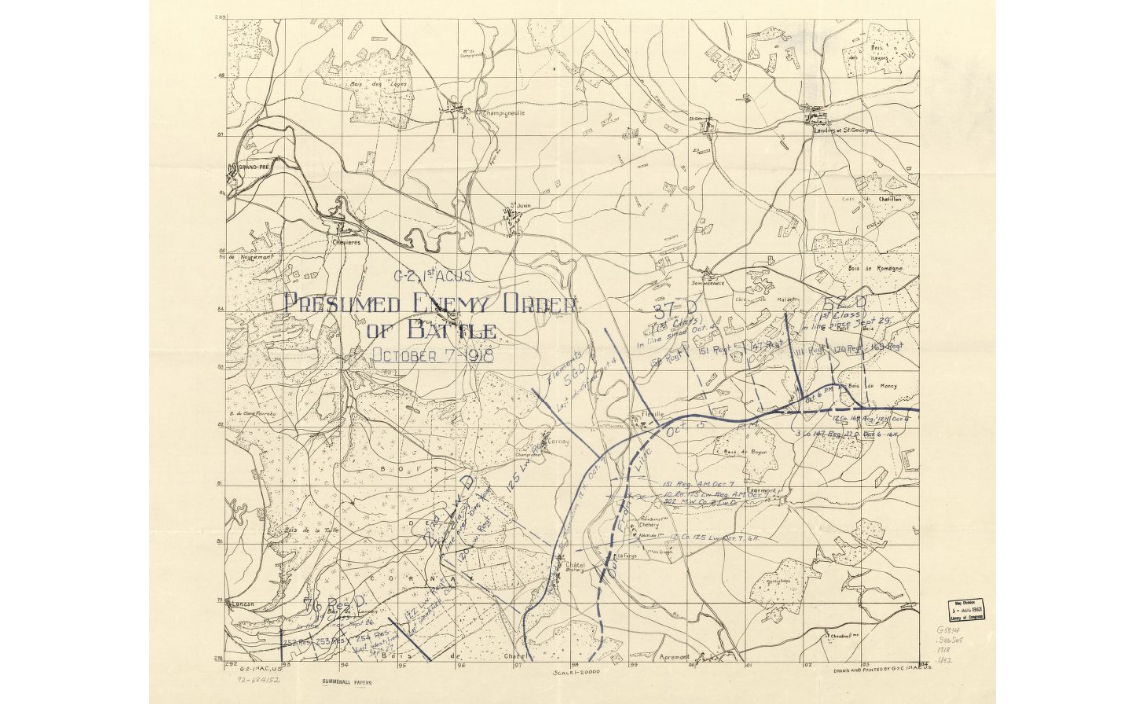 1.  The Regency Council of Poland, a temporary council appointed by the Central Powers in support of their claim to create an independent Polish monarchy post war, declared Poland independent of Germany.  Handwriting on the wall?

2.  The Red Army captured Samara, a city on the Volga that in modern times has had a significant role in the Soviet then the Russian space program.

3.  Brigadier General Edward Sigerfoos became the only American general to be killed in action during World War One, although his promotion by a Congress unaware of his death was actually on October 10.  He had just assumed command of a brigade in the 28th Division an hour prior when he was mortally wounded on September 29.

4.  The same day Gen. Doyan of the Marine Corps, stationed to a training role in the United Stated, died of the Spanish Flu.

5. The flu was hitting the front pages of the Wyoming papers: 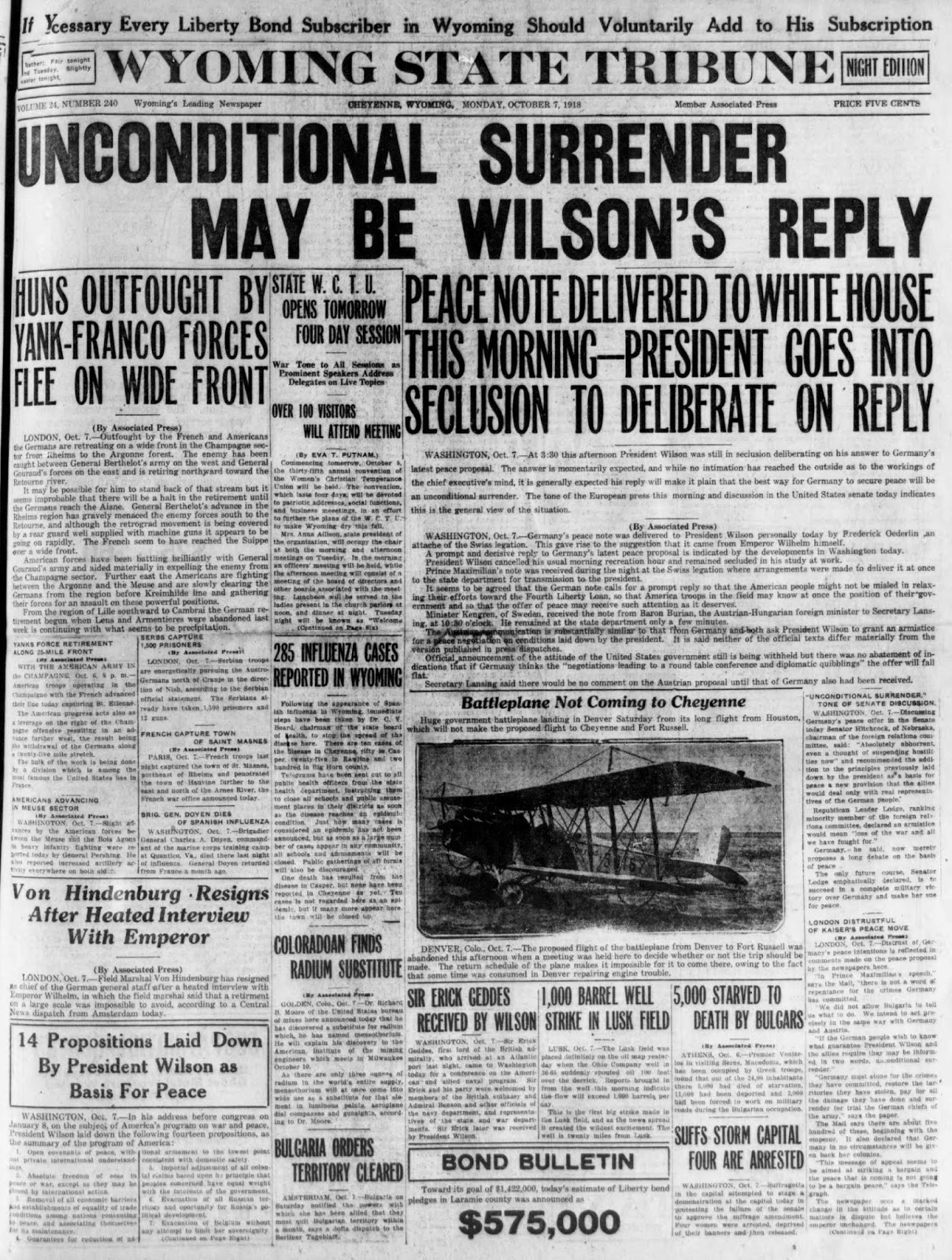 It was reported in Cheyenne that 285 cases of the Spanish Flu had been reported in Wyoming. 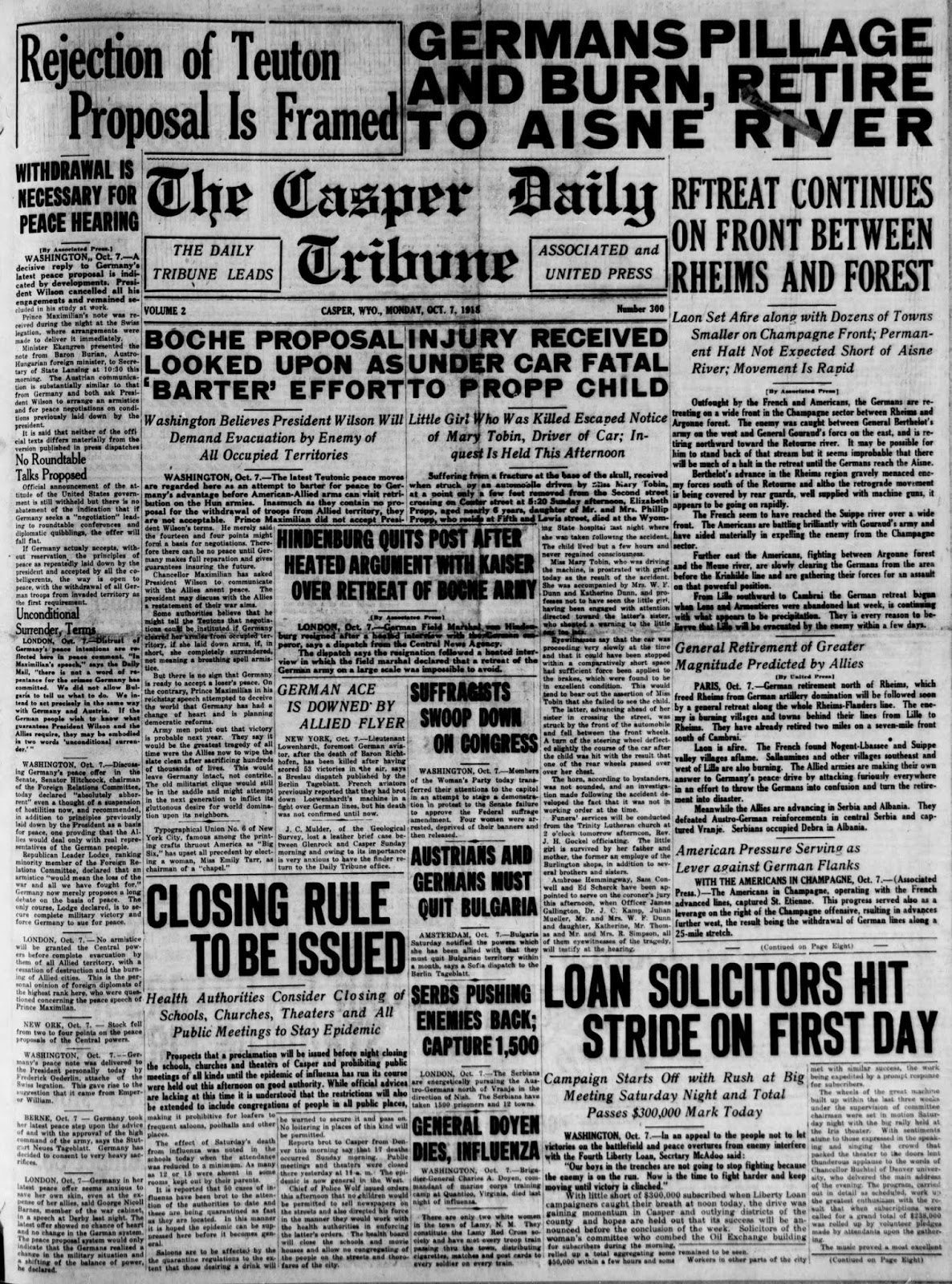 And in Casper "health authorities" were considering closing the schools.

The Sox suddenly were back in the game on this October 7, 1919 game of the World Series. 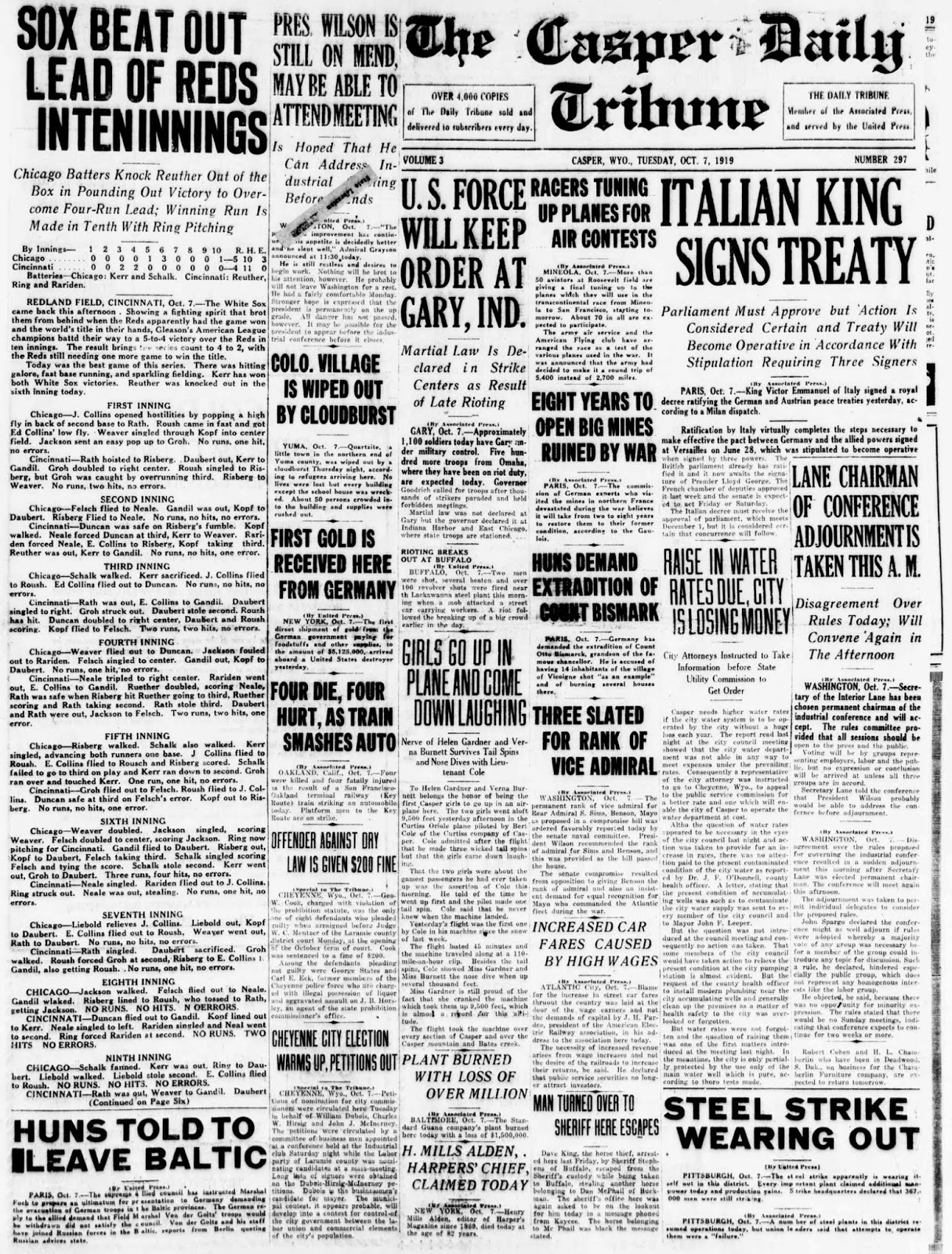 Dicky Kerr was pitching again, the Sox's did well in a ten inning game. 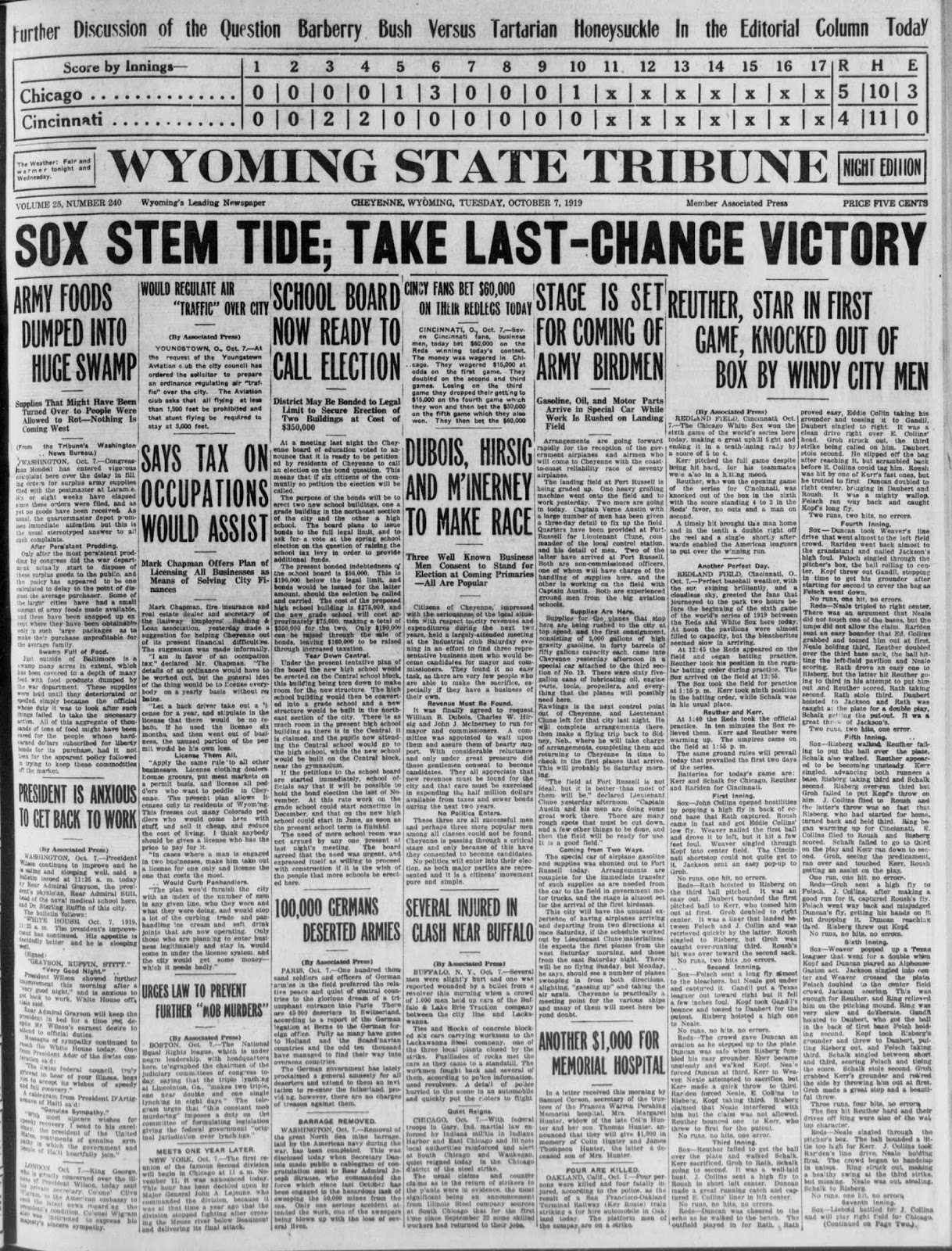 On this same day, news hit the state of the impending start of a bit air race scheduled for this very week.  The race was sponsored by the Army Air Corps and was scheduled to commence on October 8.

In other news, the Germans, whom had been kept at first in the Baltic states by the Allies, but who had become very involved in the conflicts there, were being invited to leave.  And a terrible flood hit a small town in Colorado.

Cardinal Mercier continued his tour of Belgium, raising funds for the restoration of the Library at Leuven.  On this day, he spoke at Columbia. 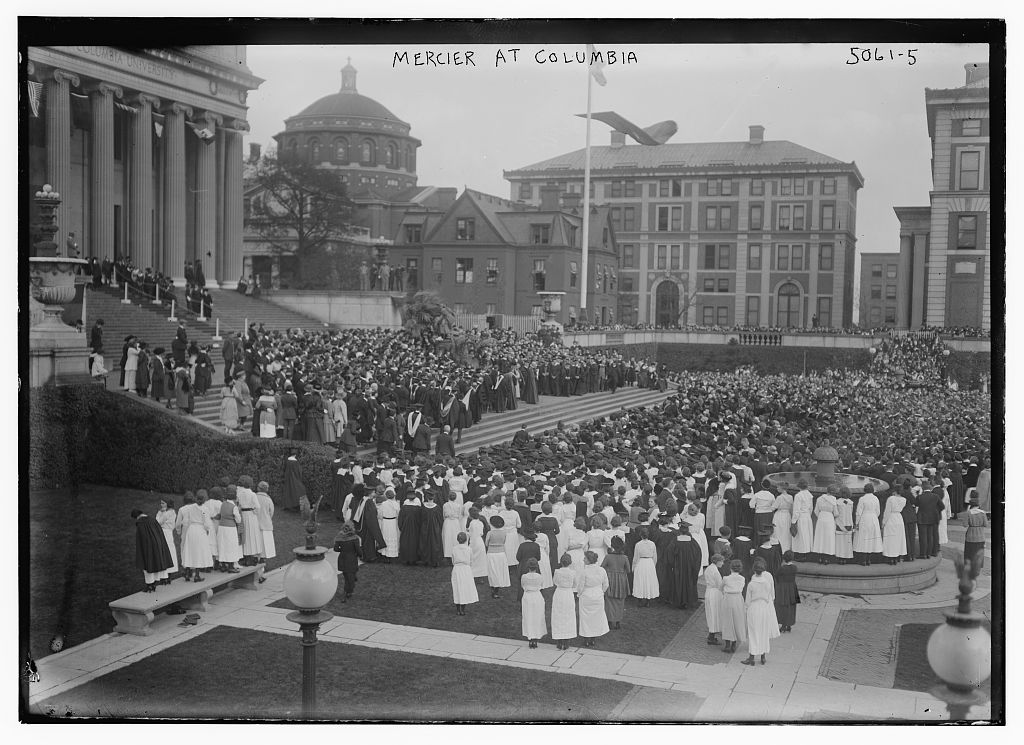 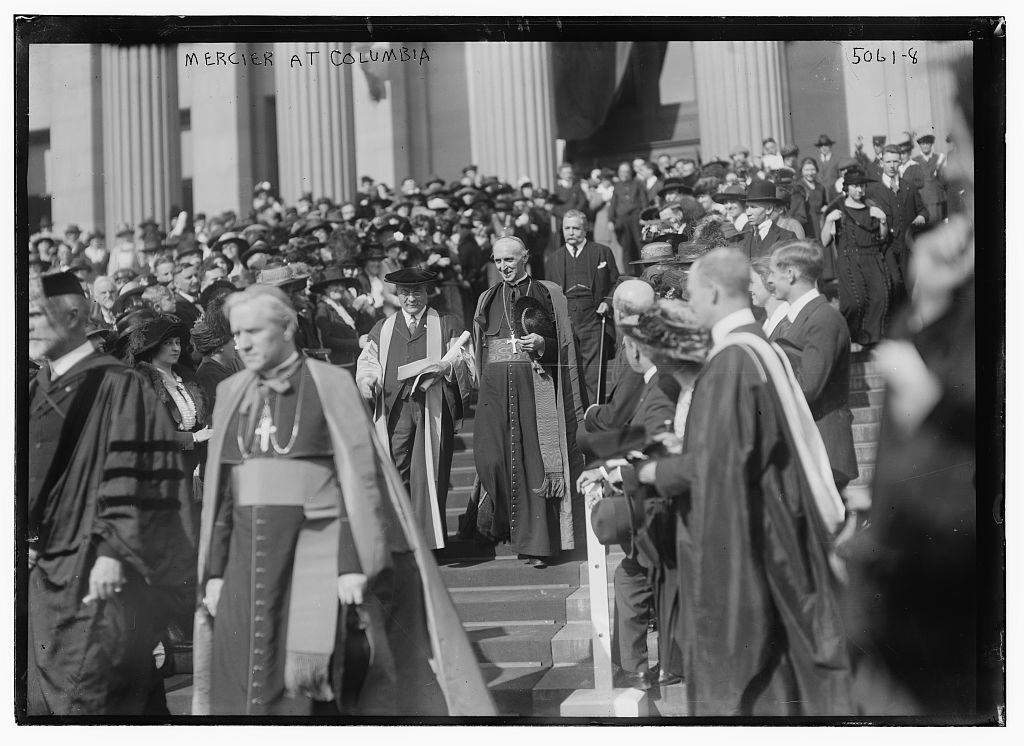 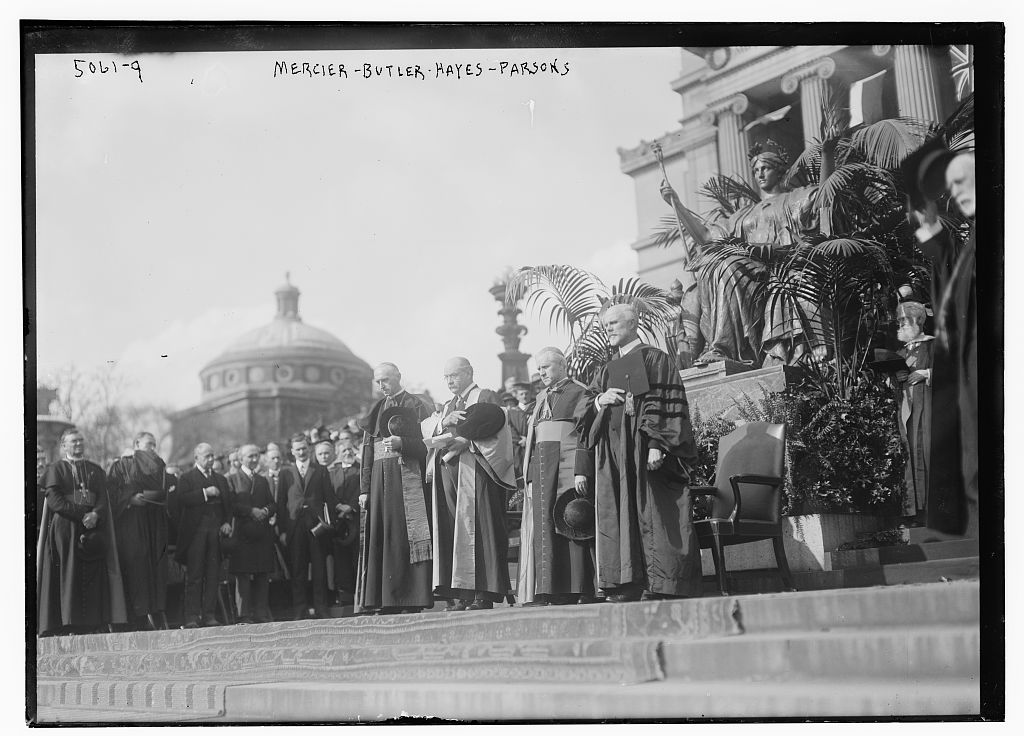 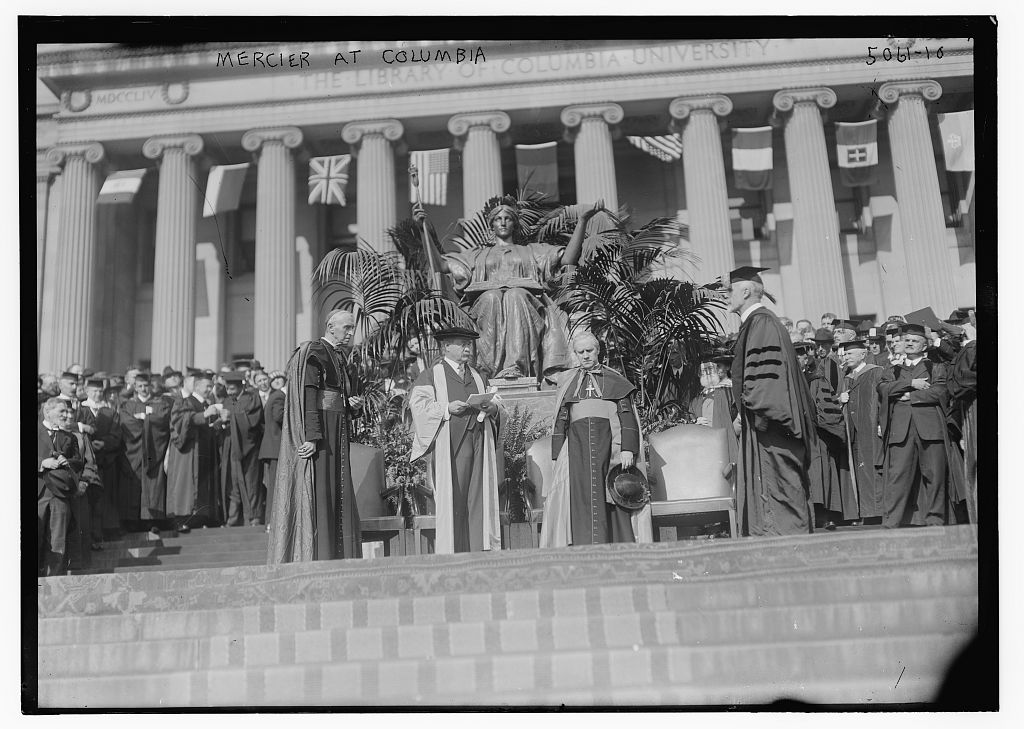 In Czechoslovakia, the parliament was in session.

1935  United Airlines Trip 4 crashed outside of Cheyenne killing all 12 persons on board.

1998  Matthew Shepard was found beaten, burned and tied to a wooden fence outside of Laramie.  He died several days later.  His murder by two young Laramie men became the most infamous murder in Wyoming since the 1970s. 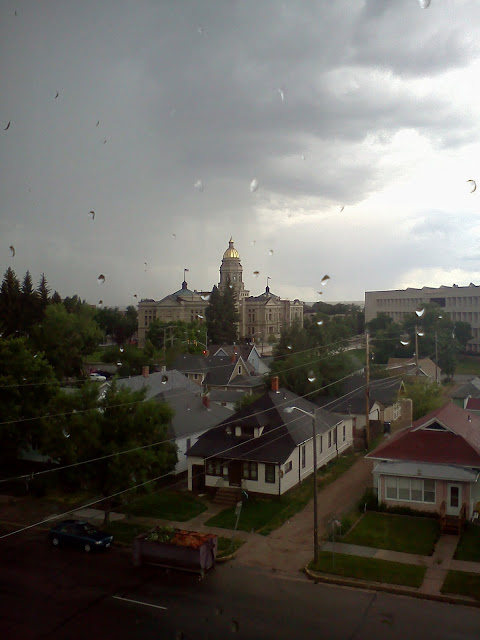 But those coal and oil revenues are dropping, and the budgetary chickens are starting to come home to roost.

What will be trimmed hasn't really been announced yet, although there's some concern that the University of Wyoming will be among the state institutions hit. And it unfortunately comes at a time when a judiciary study shows that several Wyoming judicial districts could really use additional judges.

Even now I find some people in denial about the slow down having an impact, and I will say that in some cities around the state it seems construction is still going on like mad.  But certain signals are hard to ignore.
Posted by Pat H at 6:30 AM