1914  The Hotel LeBonte opened in Douglas.

The feeding of elk in Jackson Hole, frequently a topic today, was also a topic in 1920, and indeed was being discussed by the Department of Agriculture on this day with this release to the press. 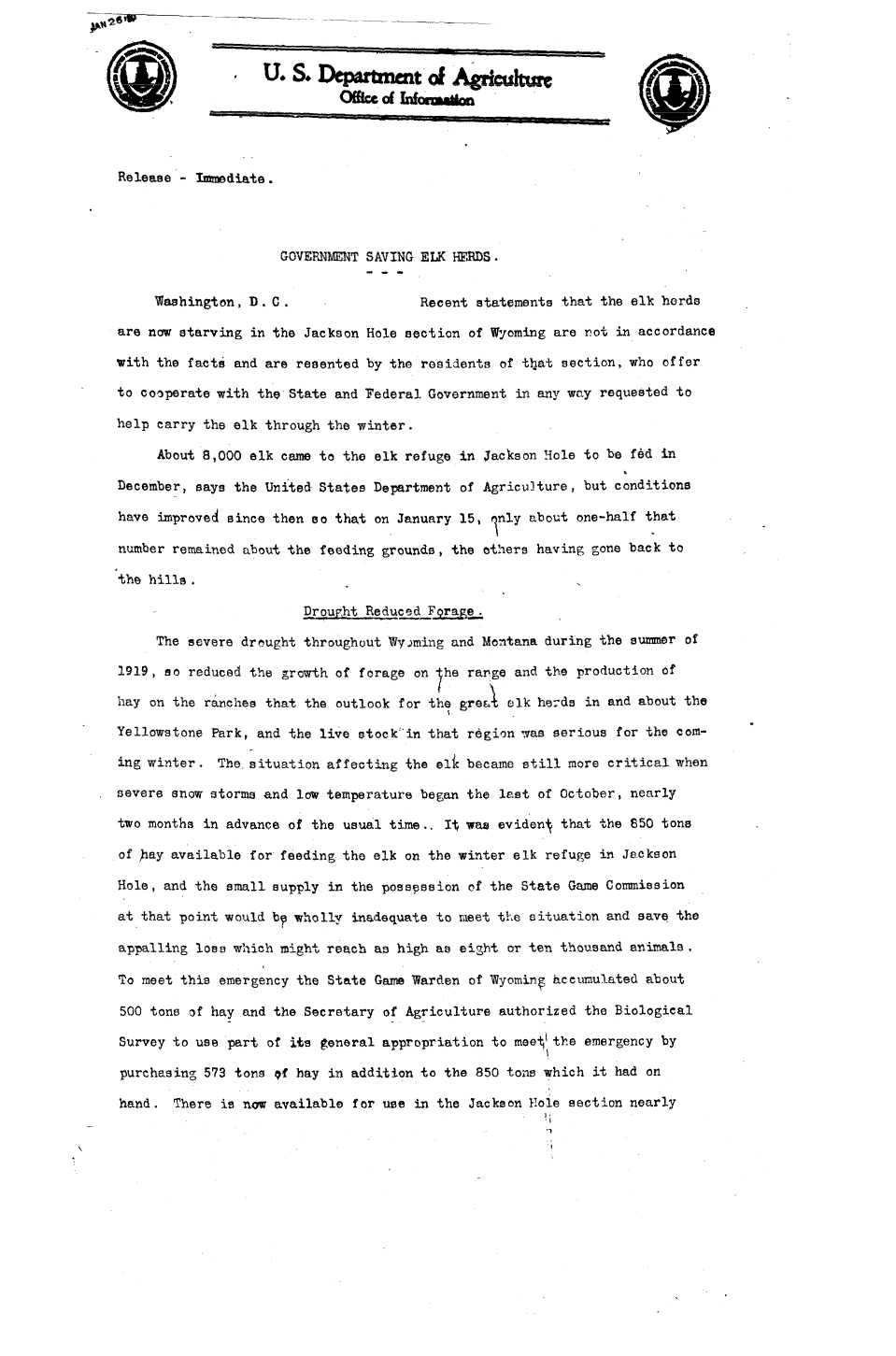 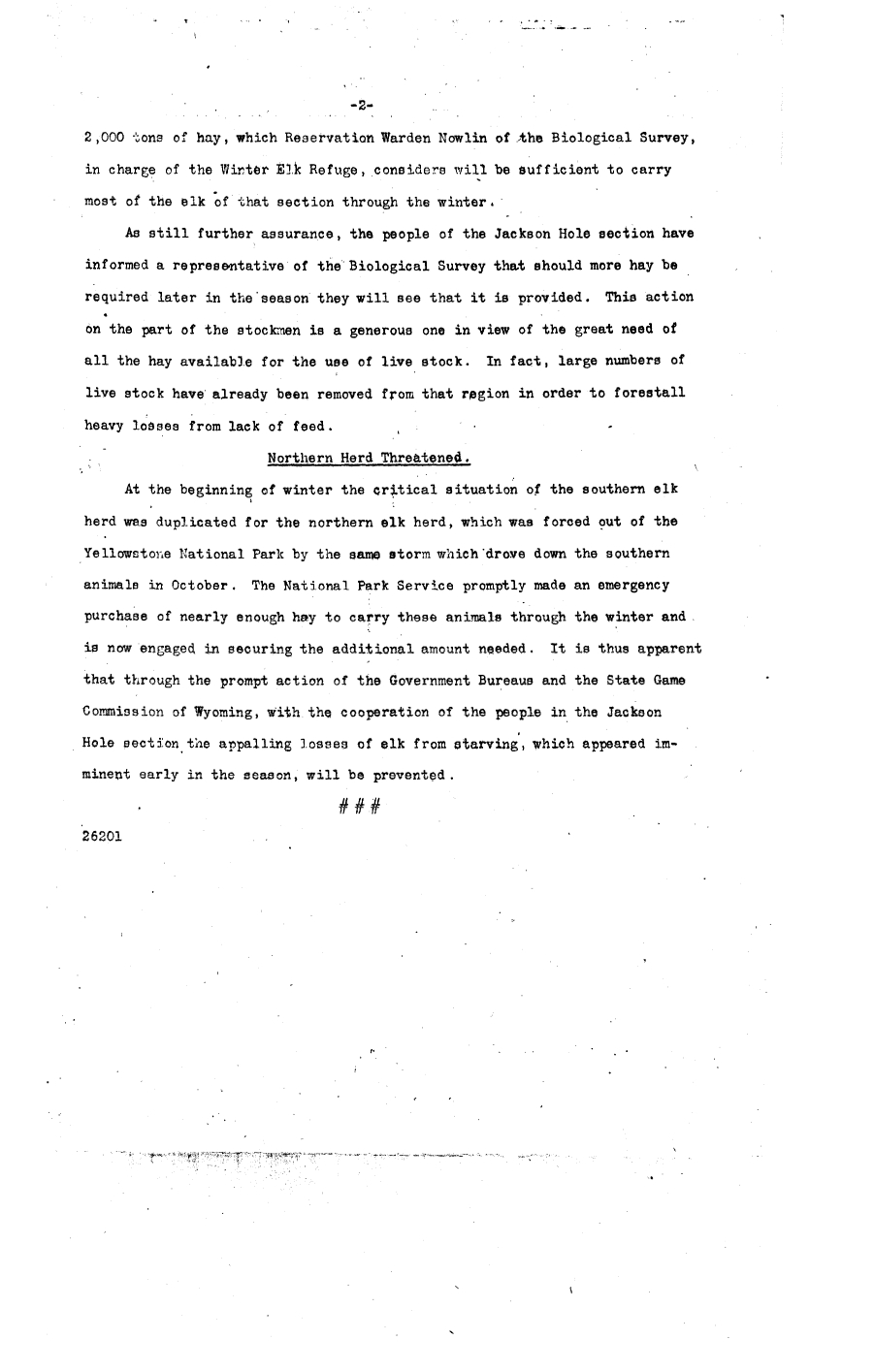 Also discussed in the press was the murder of Natrona County rancher John J. Corbett, whose headquarters were apparently on Elkhorn Creek near the base of Casper Mountain. 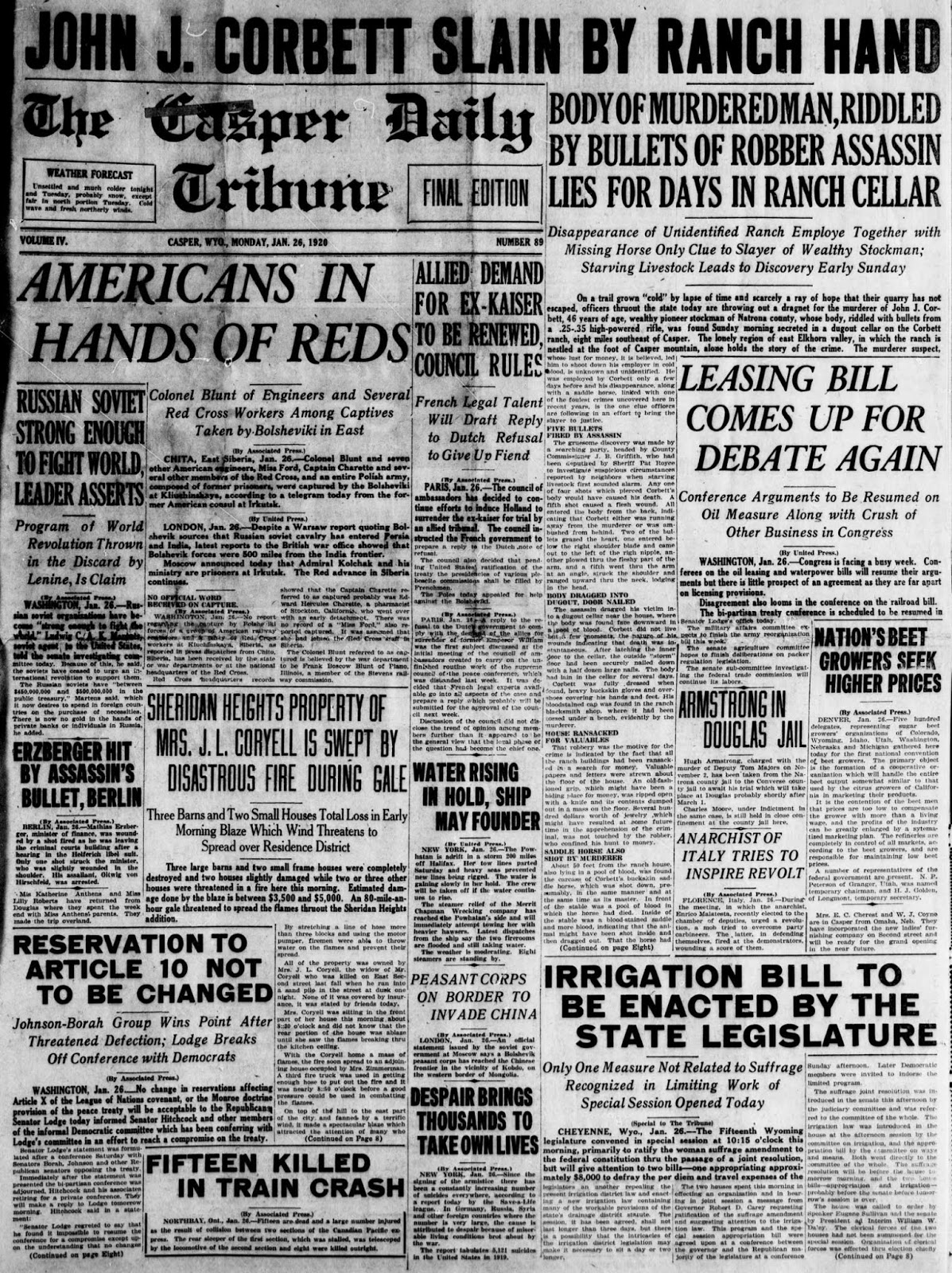 Monday was off to a grim start.

1932  An earthquake occurred in Yellowstone that was felt regionally.

1948     President Truman orders Segregation in the Armed Forces ended.
Posted by Pat H at 5:14 AM