1890     Cy Young made his major league debut with the Cleveland Spiders of the National League. 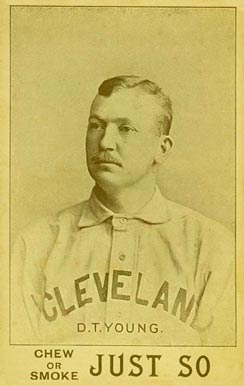 1898  The Wyoming Battalion left the steamer Ohio in Manila Bay and went into camp at Paranaque.Attribution:  On This Day.

1916    Intolerance: Love's Struggle Throughout the Ages. Previewed on this day. 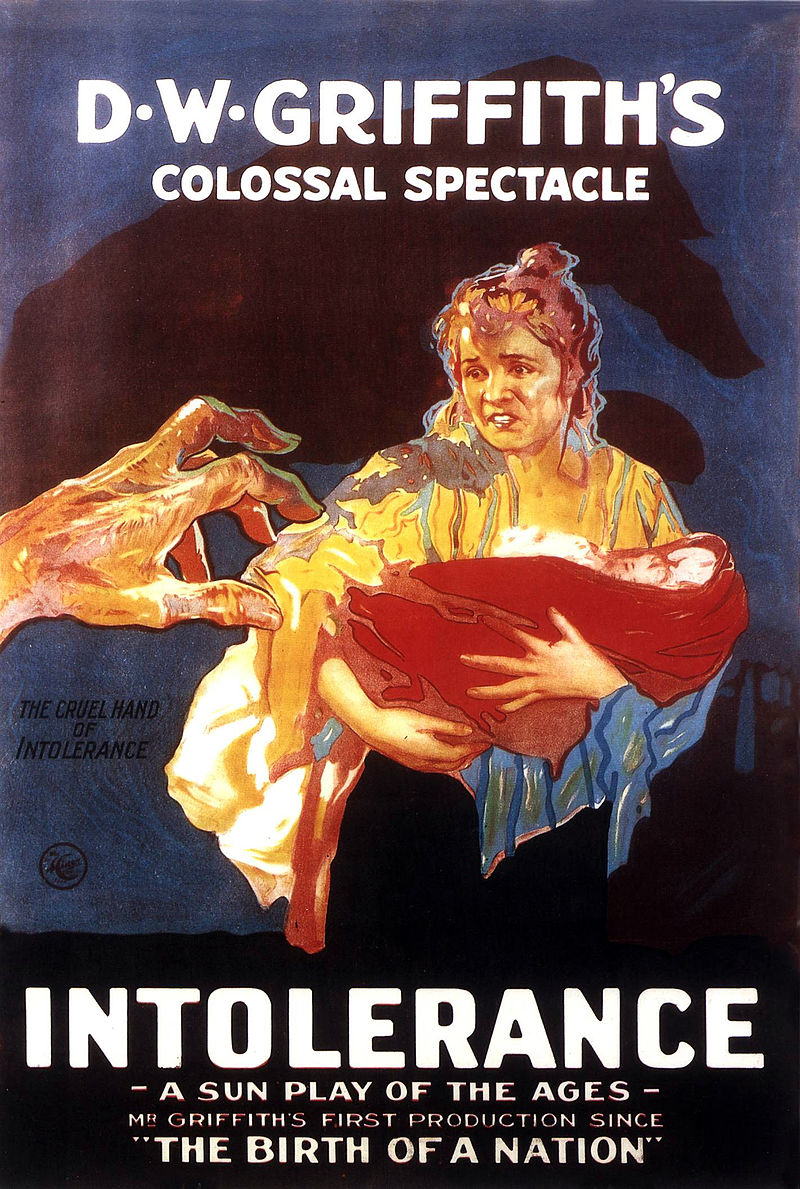 The film Intolerance was previewed in Riverside California on this day in 1916.  Regarded as a masterpiece of this era, the film is a series of vignettes involving a poor young woman separated by prejudice from her husband and baby and site between stories of intolerance from throughout history.  It was a reaction, in part, to the negative reaction to the racists Birth of a Nation by the same director.  Like a lot of silent movies, it was long, running 3:17.
1916  The Sunday State Leader for August 6, 1916. Laramie steps up to the plate with Guard recruits. 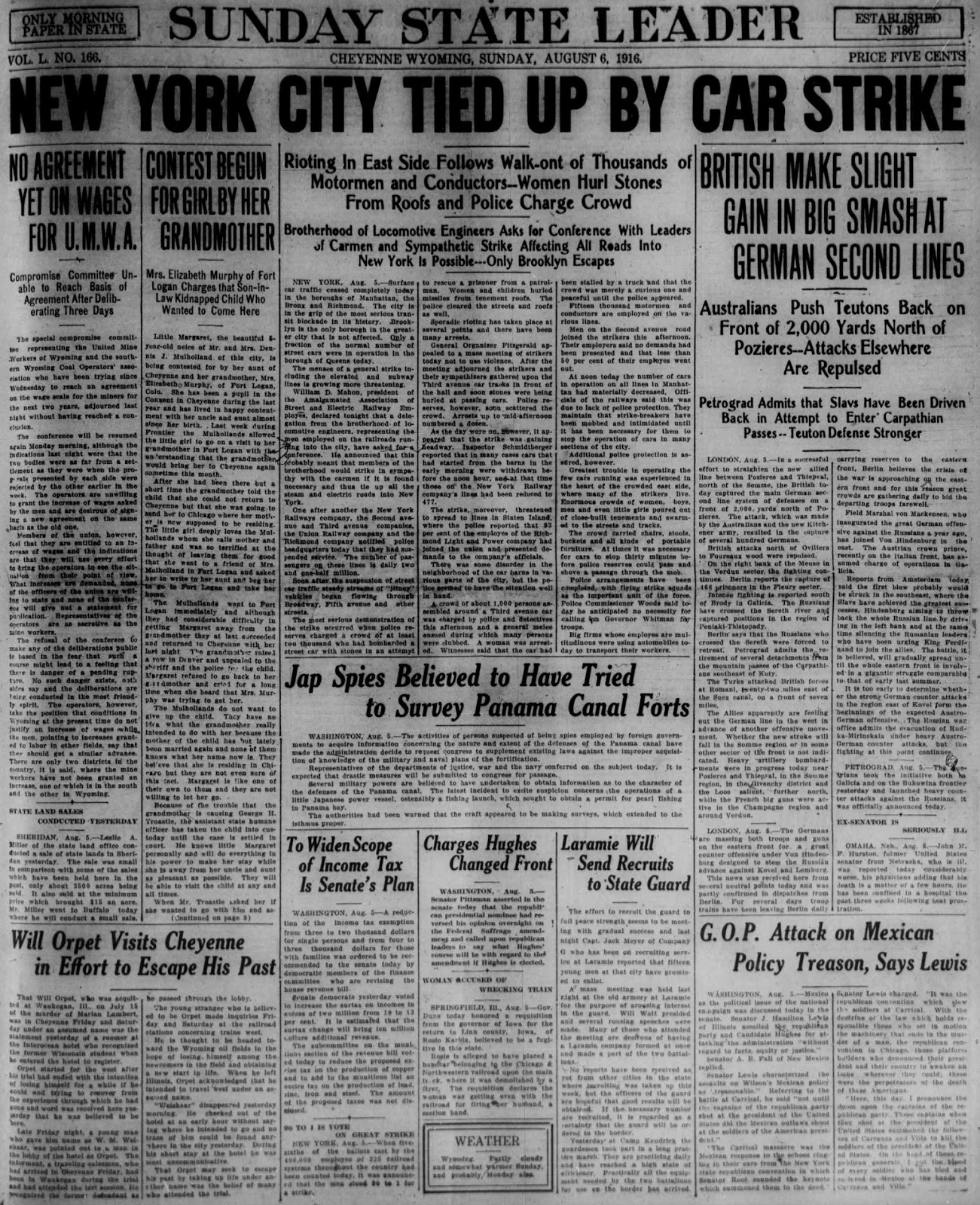 Cheyenne's Sunday State Leader was reporting that neighboring Albany County had come in with Guardsmen to help fill out the state's National Guard.

And the GOP comments on Wilson's policy on Mexico wasn't being well received everywhere.

And labor was unhappy in New York.
1945  The United States dropped an atomic bomb on Hiroshima, Japan, the first use of such a weapon, and of course one of only two such uses. 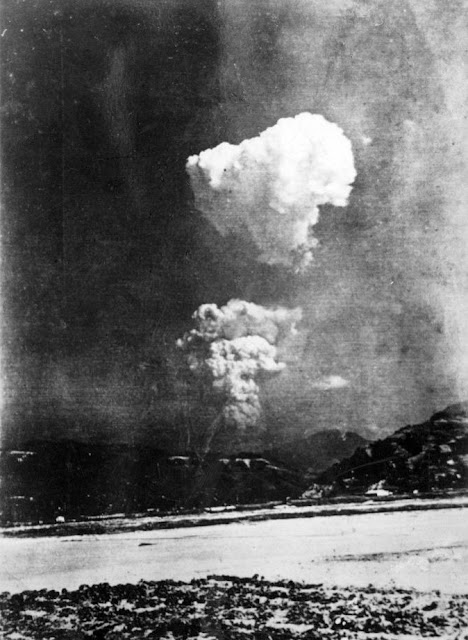 Japanese photograph found in 2013 of cloud from Hiroshima approximately thirty minutes after detonation.