1876  Frank E. Lucas, the13th Governor of Wyoming upon the death of Governor William B. Ross in 1924, born in Grant City, Missouri.  Upon his defeat by Nellie Tayloe Ross, he returned to his adopted town of Buffalo and became the editor of the Buffalo Bulletin.  His term as governor was a mere matter of months in length.

1886  Doc Holliday, doing well living on an income from gambling, was arrested in Denver Colorado for not having a legal means of making a living.  This was part of a city wide crackdown on gambling. 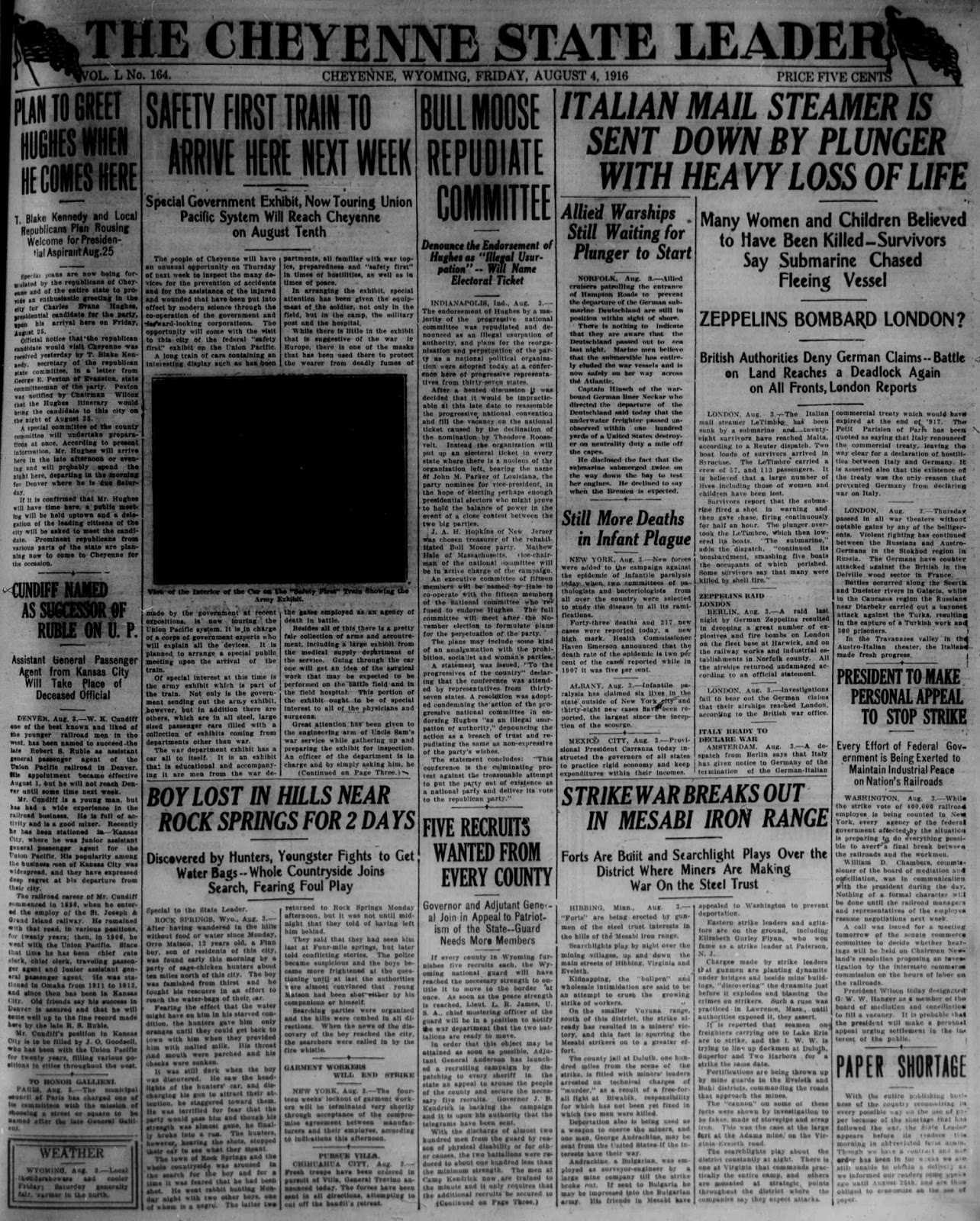 The August 4, 1916 details the continued efforts to bring the Wyoming National Guard up to strength, this time with an appeal from the Governor for five recruits from every county.
Posted by Pat H at 6:07 AM