1867  Ft. Fetterman given that name.  It was only in its second week of existence.  Attribution:  On This Day.

From:   Some Gave All:  Ft. Phil Kearny, Wyoming 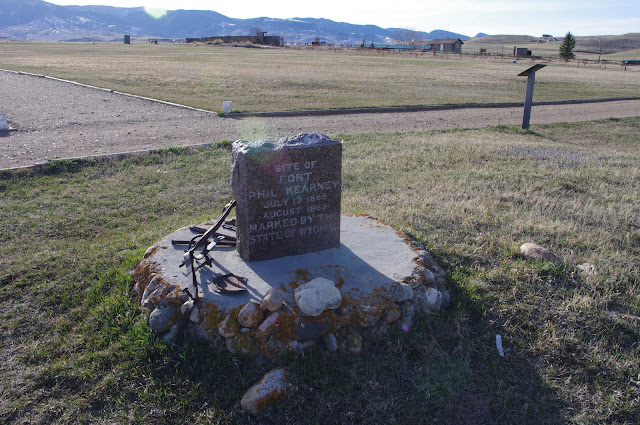 These are monuments at Ft. Phil Kearny, the command which suffered defeat at the Fetterman Fight, but endured an attack later at the Wagon Box Fight.

The monument depicted above is an early one, placed by the State of Wyoming well before any archeology on the post had been done, and very little about its grounds was known. Now, because of archeology on the site, this monument is in a location where it is probably only rarely viewed. 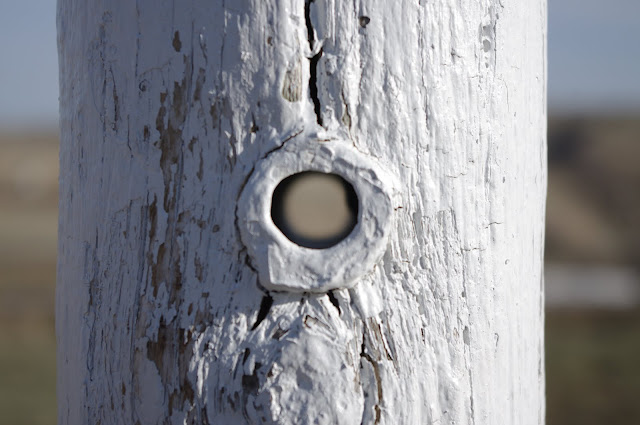 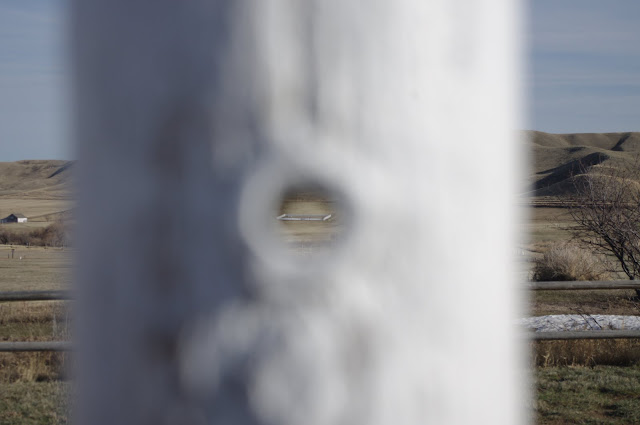 These photographs depict a common device for historic sites in Wyoming, a pipe used for sighting a distant location. In this case, the location is the location of the post cemetery. The cemetary originally held the bodies of the soldiers, and civilians, killed at the Fetterman Fight, but the bodies were later removed to the national cemetery at Little Big Horn. 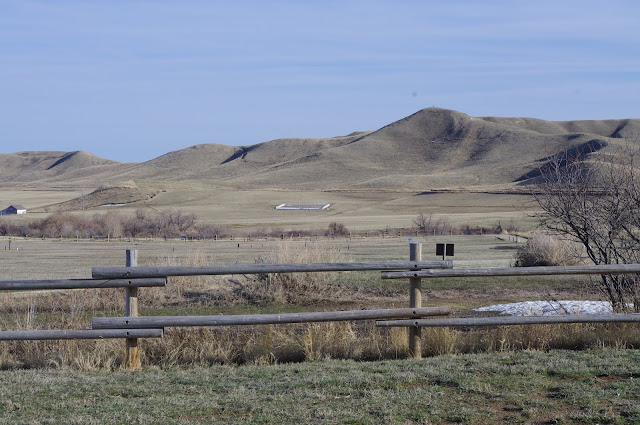 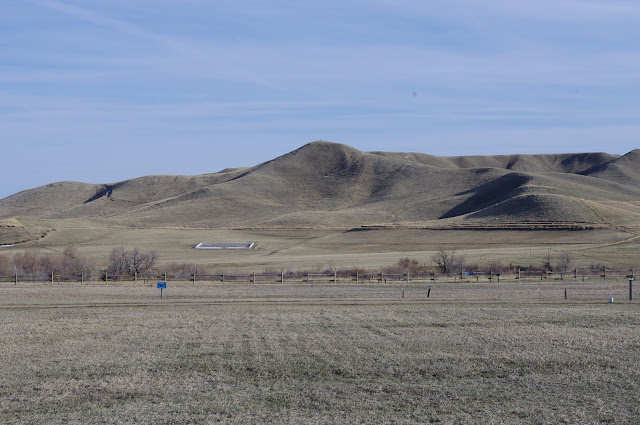 1898  Wyoming volunteers, the Wyoming Battalion, land at Manila and disembark from the Ohio.  Attribution:  On This Day.

1899  The Wyoming Battalion, having been in the Philippines for exactly one year, embarked on the Grant at Manila and started their journey home. Attribution:  On This Day.

1914     The New York Stock Exchange closed due to the outbreak of World War I.

Cheyenne's more dramatic paper, the Wyoming Tribune, with a grim headline for July 31, 1916. 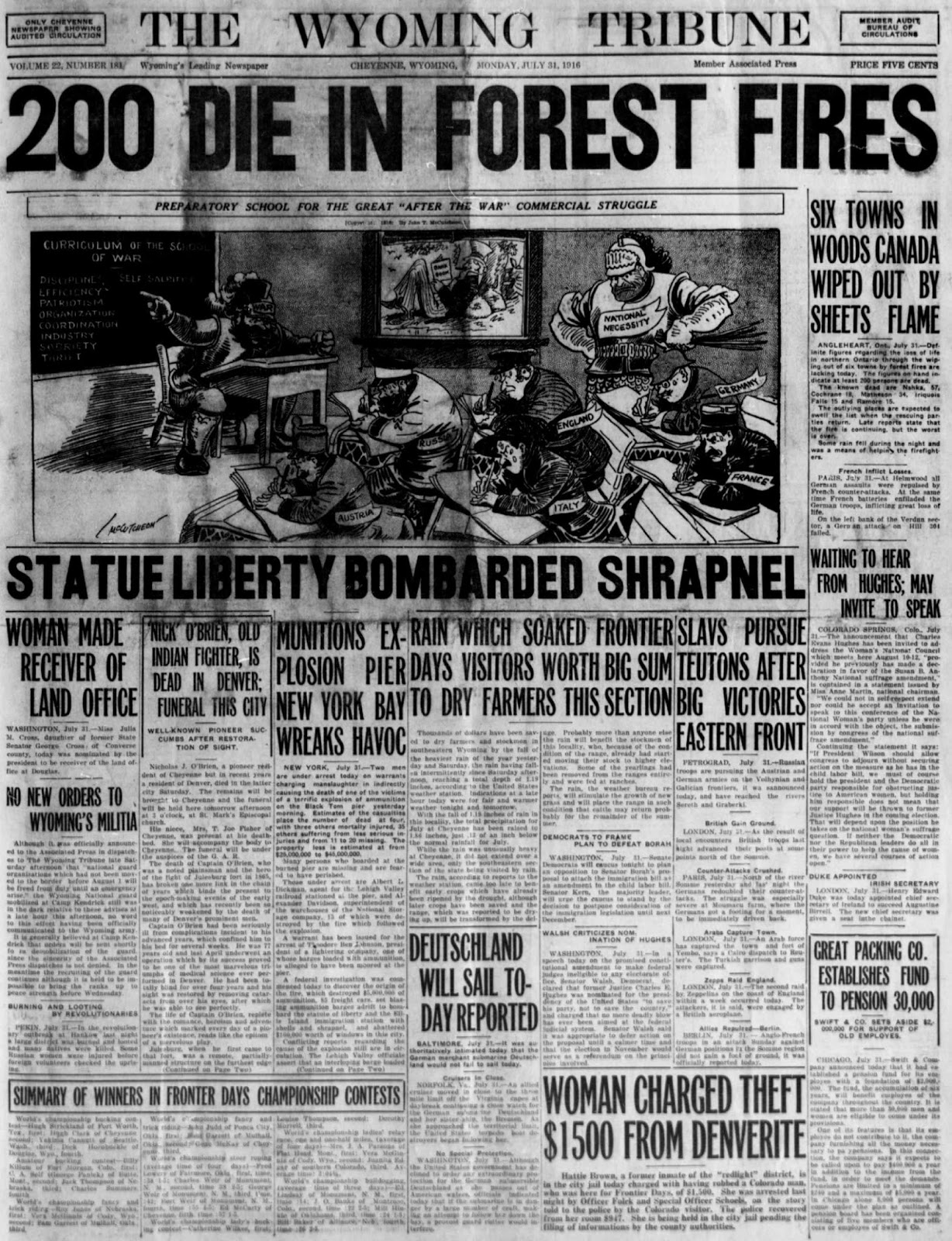 Headlines like this one almost seem like something that's more from our own era, so perhaps it serves to remind us that giant natural disasters have been around for awhile.

The Wyoming National  Guard was still awaiting orders in that hot 1916 July.

1918  A milestone in aviation history: Aviators parachute from from moving aircraft in France. . . .and Texas. 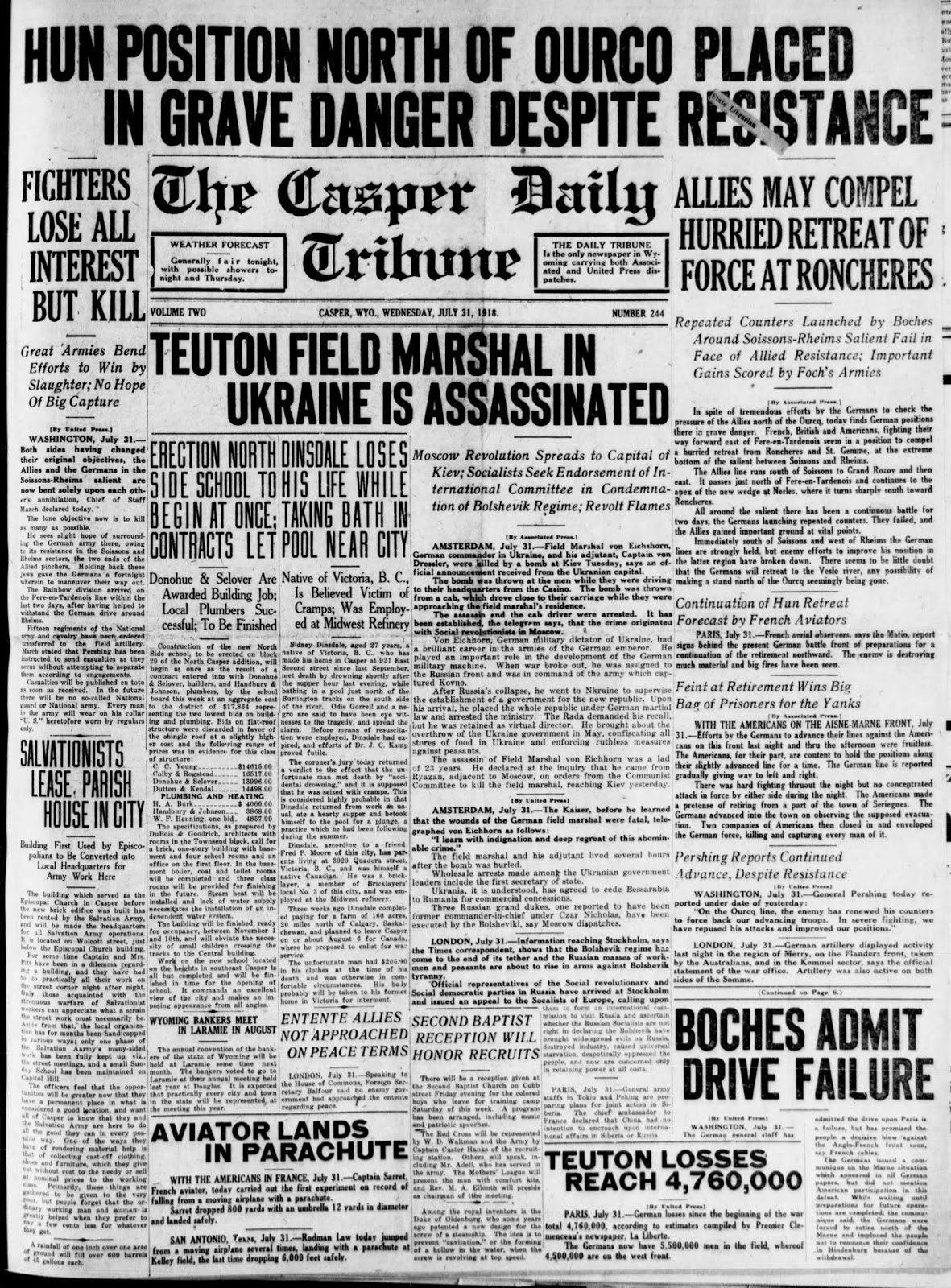 It was reported that on this day, in 1918, a French aviator, and an American one, both experimented with parachuting from moving aircraft.

Like all things aviation,  parachutes were advancing fairly rapidly under the pressure of World War One. They'd already been introduced for balloon crewmen, who could parachute out of balloons in combat scenarios.  Indeed, they typically did so when it became apparent a balloon was about to be attacked, as they had to put the parachute harness on in order to get out. They did not simply routinely wear it.  But up until this point in the war, it had not been the case that aviators wore parachutes or even could.

Indeed, it would not become standard until after the war.  While these experiments proved it could be done, it remained the case that wearing an early parachute in an early airplane was not easy to do, and indeed, was largely impractical for the most part.

Meanwhile, in the other local newspaper, the news was all about oil. . . and natural gas. 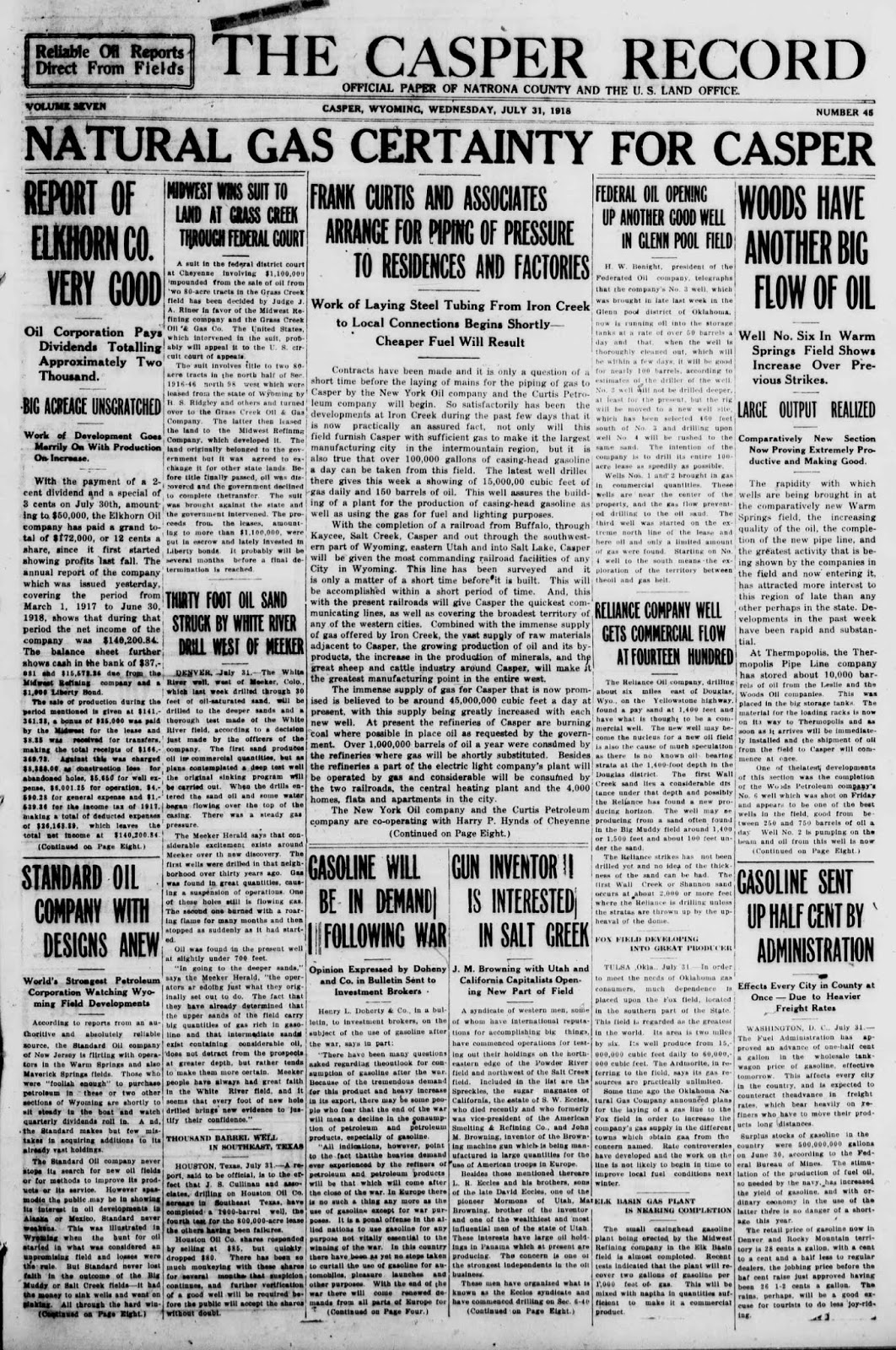 Indeed, this paper has a number of interesting things reported in it in the energy news that would predict the future.  Gasoline was coming on. . . but natural gas was arriving and replacing coal.

1930 The radio program The Shadow airs for the first time.

2006  Casper's Jonah Bank received its certificate of Federal Deposit insurance, essentially marking the commencement of its operations.
Posted by Pat H at 6:04 AM