These are rather wintery photographs of a place that was only occupied until late summer in 1878. So the pictures are unfair by their very nature, however, like a lot of photographs here, I take them when I go by them. 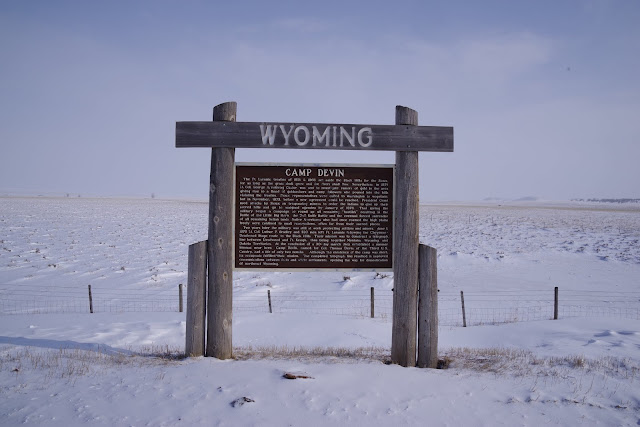 If you click on these photos you'll get the full, albeit short, story of Camp Devin.  It was a post Little Big Horn camp established just off (and I mean just off) the northern boundary of the Black Hills in 1878 in order to guard the construction of a telegraph line. 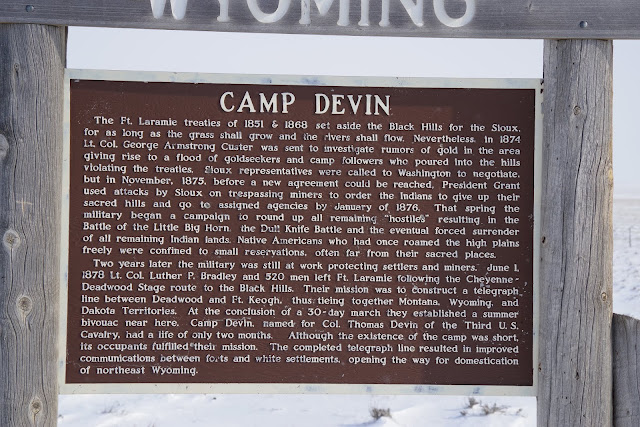 I don't know the reasoning behind the location of the post, but it was likely because the Black Hills themselves remained a real threat and, in terms of locating a camp ground, assuming that there's water near by, you couldn't ask for a flatter location. 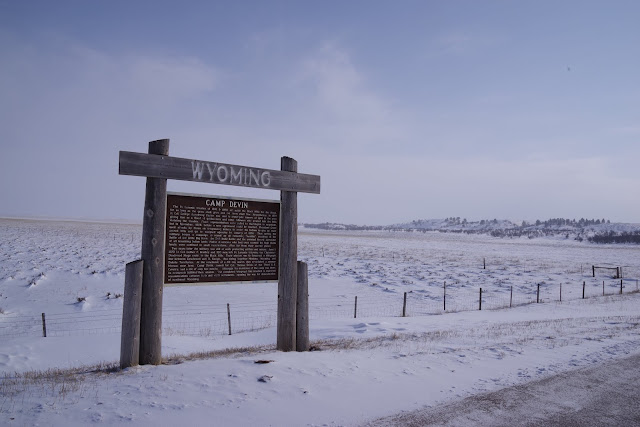 The post location is likely slightly approximate.  The sign is a State of Wyoming sign, but the location is literally right on the Wyoming Montana border. 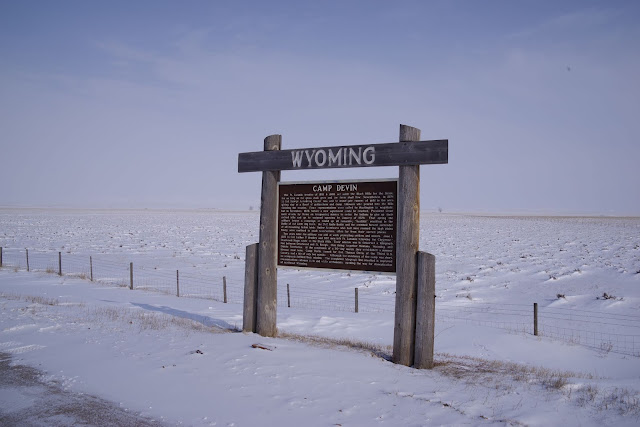