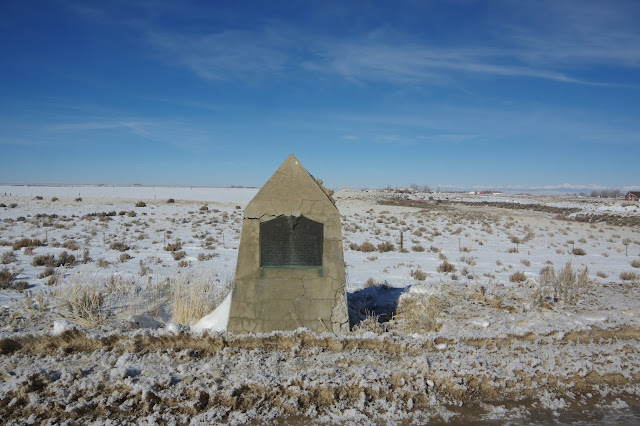 This is a State of Wyoming monument to the Little Sandy Crossing in Sweetwater County, near Farson. 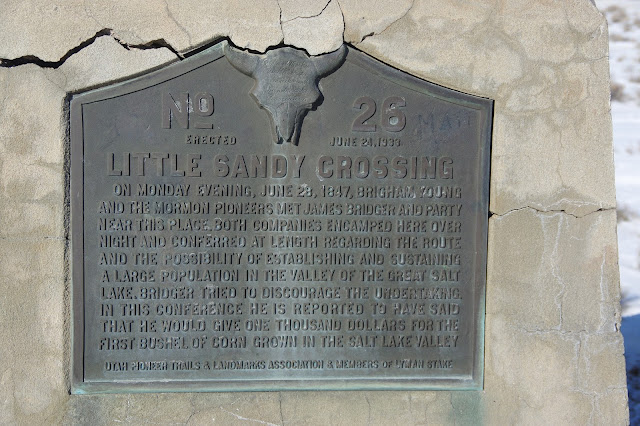 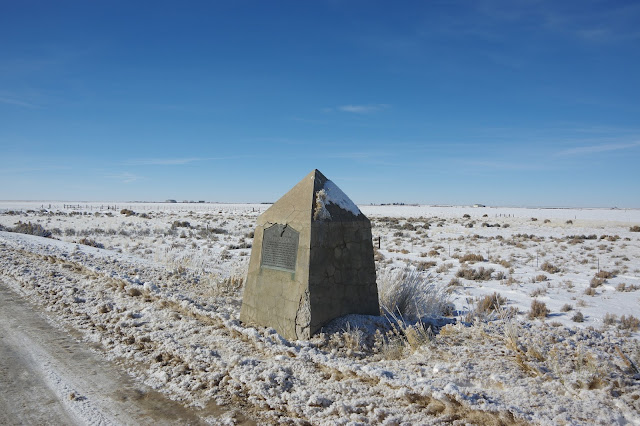 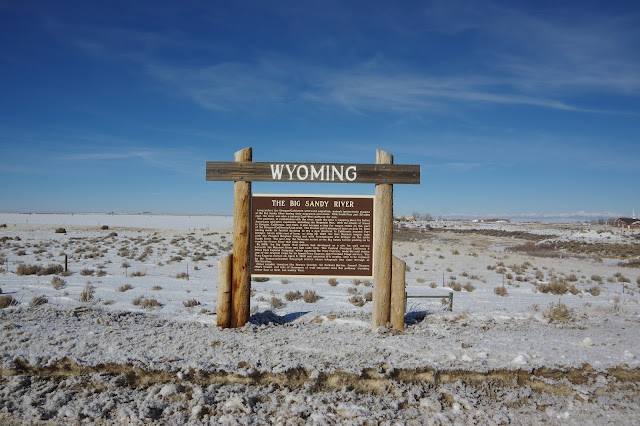 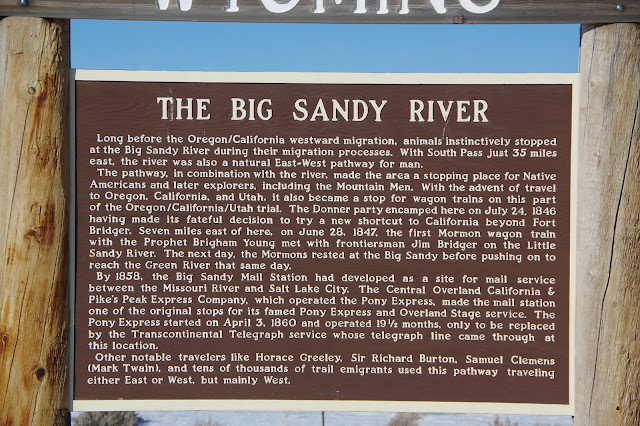 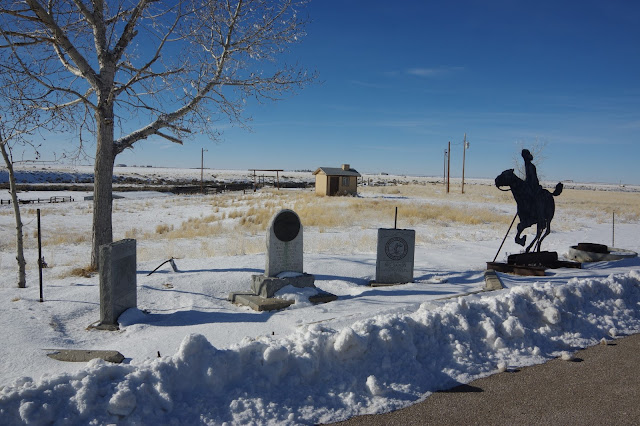 One of the disadvantages of taking these photos the way I do, on a catch as catch can basis, is that you get some truly lousy photographs that way. Weather and light conditions can simply be against you. But, on the passing by basis I take these, there's not much I can do about that as a rule.  I've driven past these monuments to the Pony Express at Farson a few times, but this is the first time I had time to stop and take a picture.  Unfortunately these late afternoon, sub zero photographs, are not good, and there isn't much I could do about it. 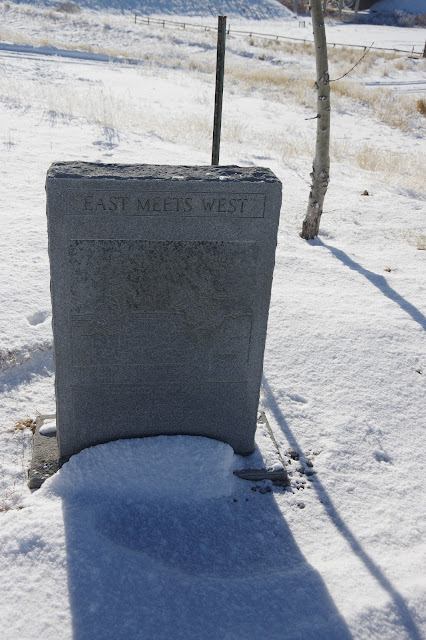 While you could never tell from this bad light photograph, this 2003 monument to the Pony Express shows to riders greeting each other on a starry night.  The winter snow has obscured, and dirtied, the monument.  If I have a  chance to photograph it again in morning light, I will.  The top of the monument says "East meets West". 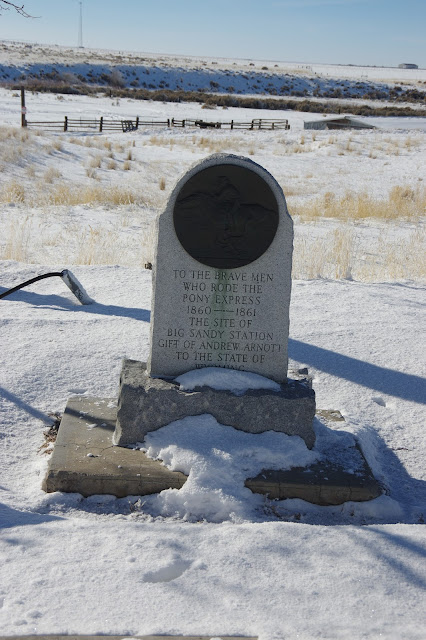 This is an older State of Wyoming monument to the Pony Express which also notes the Big Sandy Station that was once on this location. 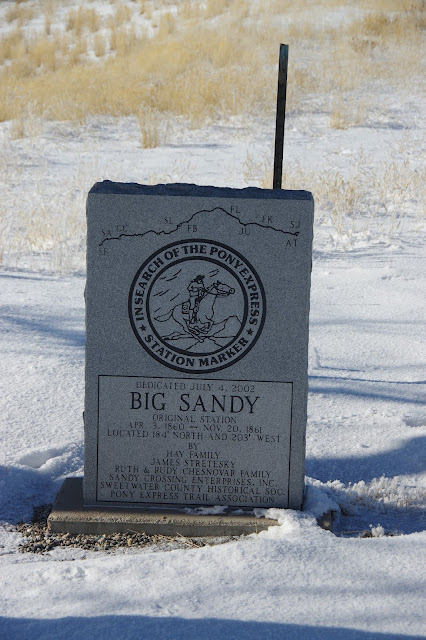