1862  The USS Wyoming received orders  to proceed to the Far East in search of "armed piratical cruisers fitted out by the rebels". 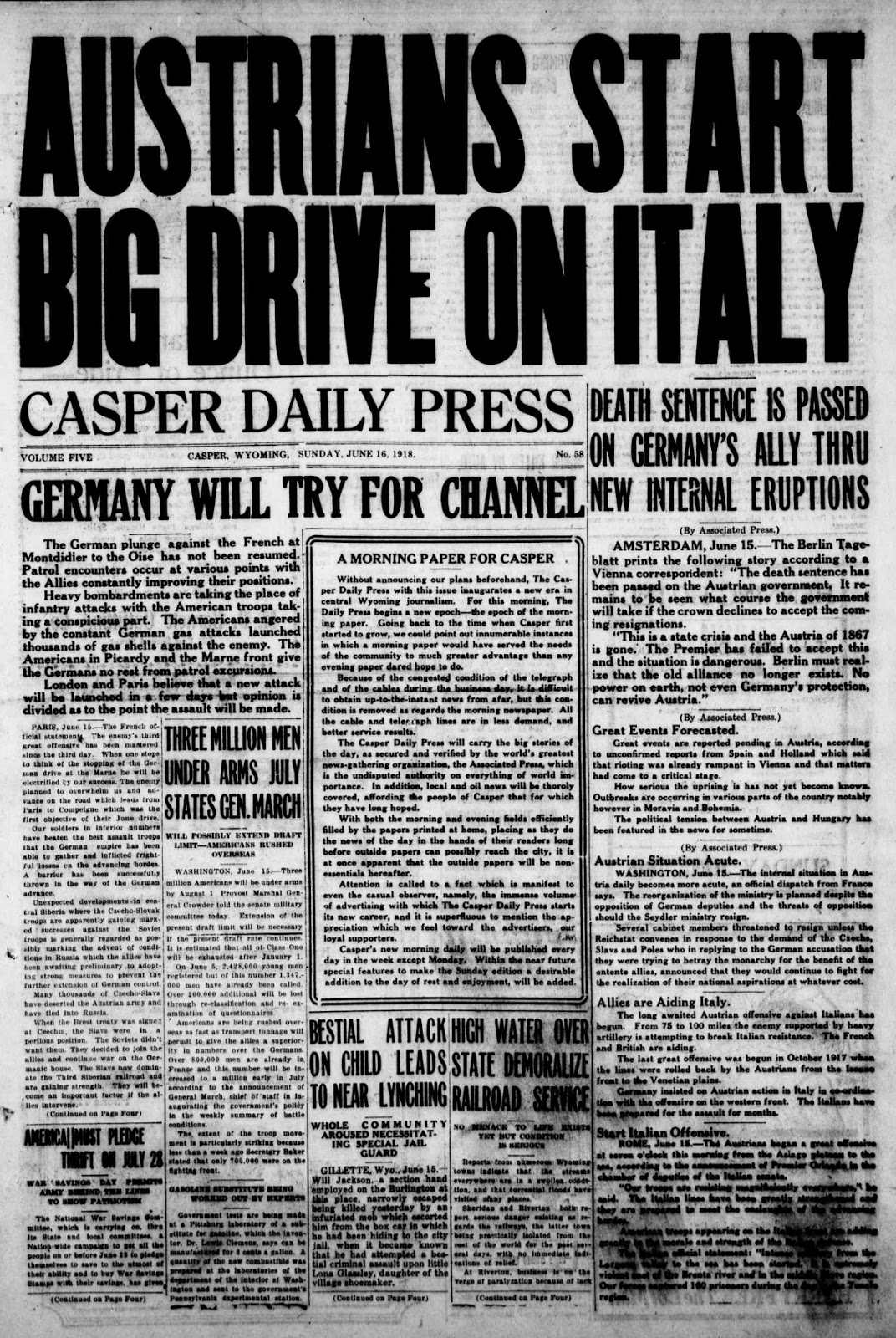 the Austrians, who only yesterday were reported as being on the verge of collapse, launched a major offensive. 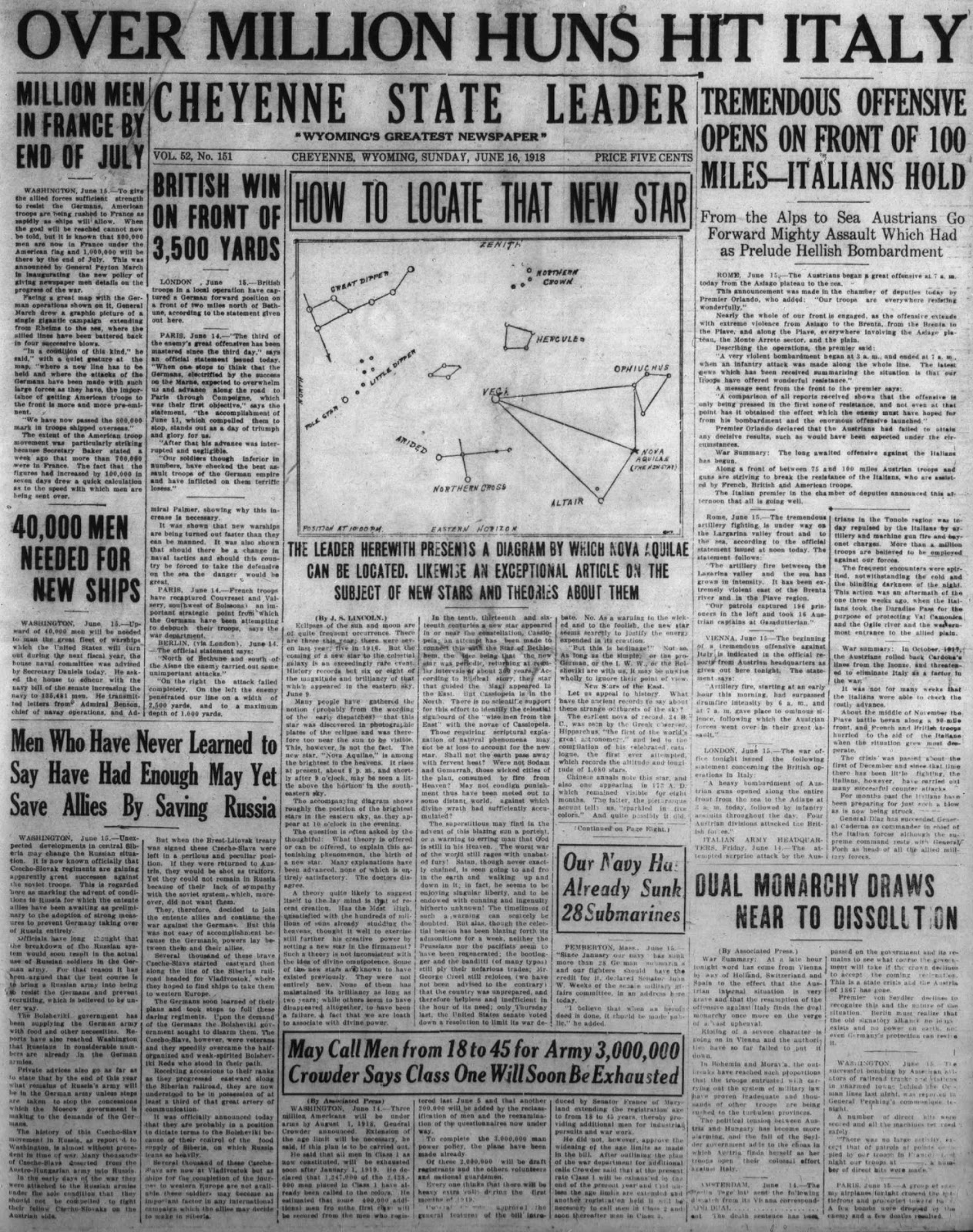 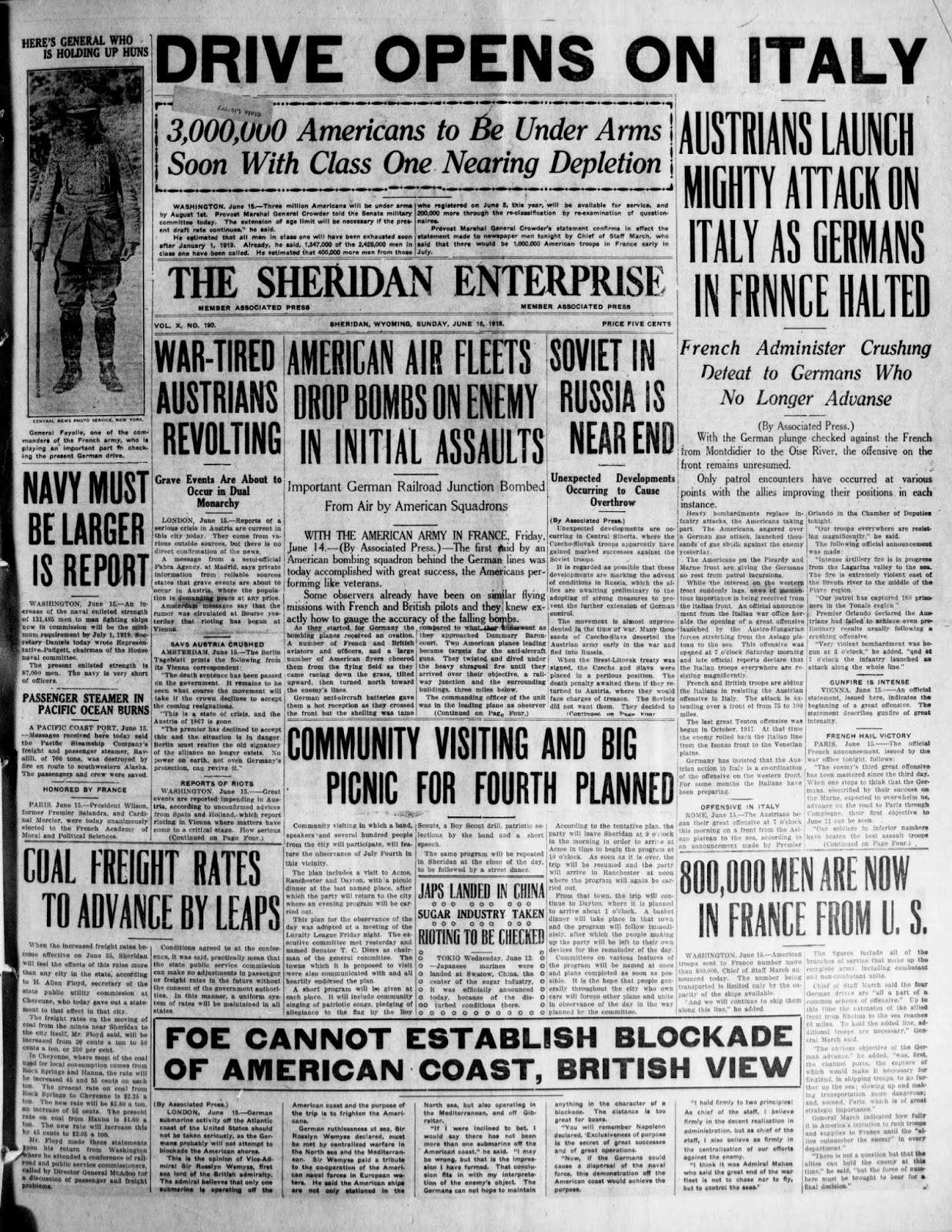 1945  Sugar once again allowed, on a restricted basis, for home canning in the US.  Attribution:  Wyoming State Historical Society.

1971  Bill Briggs descends the Grand Tetons on skis, the first person to do so.  Attribution:  Wyoming State Historical Society.

1986  Special session of the legislature dealing with Workers Compensation ends.